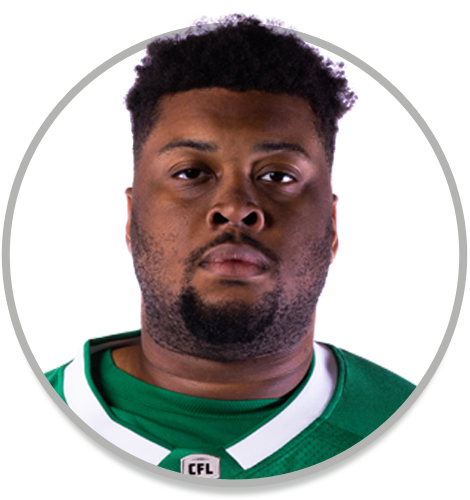 ACQUIRED: Signed with the Riders in August 2021

PRO: joined the Riders after signing with the Cleveland Browns in 2019 as an undrafted free agent. Also spending time with the Jaguars, Broncos and Falcons, he suited up for three pre-season games.

COLLEGE: The Detroit native played 43 games over four seasons at Eastern Michigan (2014-2018) taking snaps at both left tackle and guard. As a sophomore, he was part of an offensive line that allowed the second fewest tackles for loss in the FBS. That year, the team also set a school record with 5.917 yards on offence.