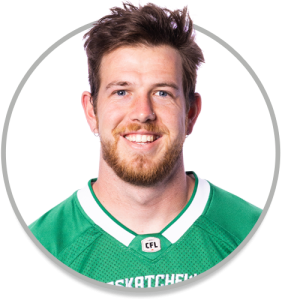 ACQUIRED: Sent Calgary a third-round pick in the 2023 Global Draft.

PRO: Smith was signed by the Tennessee Titans as an undrafted free agent in 2021 and tried out for the Baltimore Ravens in October.

COLLEGE: He played in 49 games over four seasons at the University of Cincinnati, becoming UC’s all-time leading punter and a four-time all-conference player. He made an immediate impact as a freshman, taking 64 punts for averaging 42.0 yards per kick and was a First-Team All-American Athletic Conference selection. Over his career with the Bearcats, he made 235 punts for 10,245 yards and just three touchbacks with a 43.6-yard average (second all-time at UC). He also placed 91 punts inside the 20 and had 43 kicks over 50 yards.

The 27-year-old collected many collegiate accolades culminating in an invitation to the 2021 NFL Combine and the 2021 Reese’s Senior Bowl. He was a Ray Guy Award Finalist (awarded to the nation’s best punter) in 2018.

PERSONAL: Prior to playing North American football, Smith played Australian rules football for the Wangaratta Rovers in the Australian state of Victoria.