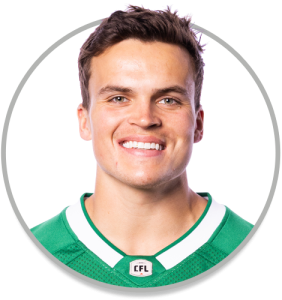 ACQUIRED: Signed with Riders in April 2022.

COLLEGE:  Prall spent four seasons (2016-19) at Brown University and played in 40 games for the Bears. In his career, he earned 130 receptions for 1,627 yards, six touchdowns and averaged 12.5 yards per catch. He led the Bears in receiving yards in his sophomore and senior seasons and received All-Ivy League Honourable Mentions in both. He also added 20 rush attempts for 139 yards and three touchdowns, returning 16 kickoffs for 335 yards and 12 punts for 82 yards.