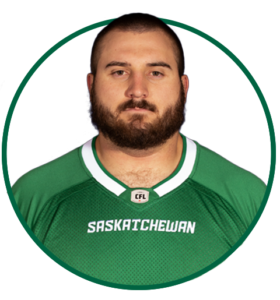 ACQUIRED: Signed with the Riders in June of 2019.

PRO: Signed with the Salt Lake Stallions of the AAF in 2018. Selected by the Riders in the 2019 CFL Supplemental Draft.

COLLEGE: Played five collegiate seasons and 42 collegiate games with Colorado State starting in 39 of them. Bennett was named first-team All-Mountain West by a coaches’ vote and blocked for an offence that ranked 11th in the country and first in the Mountain West with an average of 492.5 yards per game in senior year . The offensive line also allowed an average of just one sack per game in both 2016 and 2017.