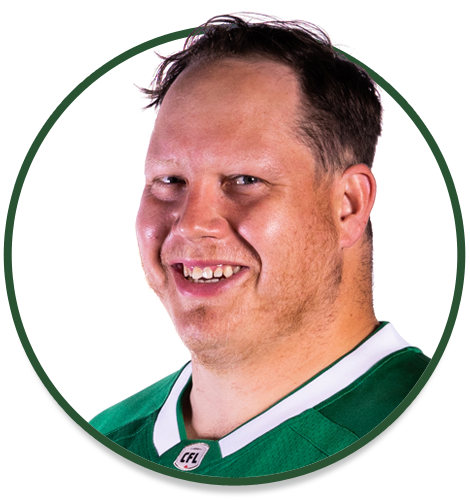 ACQUIRED: Signed with the Riders in June 2009.

YEARS WITH THE RIDERS: 14

PRO: Clark re-signed as a free agent in February 2015, 2018 and 2019.  In 2019, he had a career year, starting in 18 regular-season games and the Western Final at centre. He was named a CFL All-Star, West Division All-Star and the Roughriders’ Most Outstanding Offensive Linemen.

JUNIOR: Spent four seasons with the Regina Thunder starting every regular-season game in his final two seasons at left guard. Clark was named 2010 CJFL All-Star, CJFL All-Canadian, PFC All-Star and PFC Lineman of the Year.  He was a 2008 PFC All-Star selection.