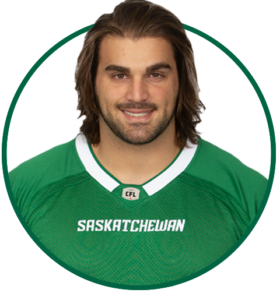 ACQUIRED: Signed with the Riders in March 2019.

PRO: Selected by Saskatchewan in the 1st round (5th overall) of the 2018 CFL Draft.  Shepley previously signed with the New York Jets as an undrafted free agent in April 2018 where he attended training camp, playing in three preseason games. In 2019,  he played in 17 regular season games, starting in 14 of them at right guard.

COLLEGE: Spent four seasons at the University of British Columbia (2014-17) starting in 31 of 32 career collegiate game.  While at UBC, Shepley spent time at left tackle and right guard.  He played in the 2017 U Sports East-West Bowl, was named 2017 Canada West All-Star and was part of the team that won the 2015 Vanier Cup.

PERSONAL: Shepley was a featured extra in Deadpool 2, playing the role of the villain Omega Red.