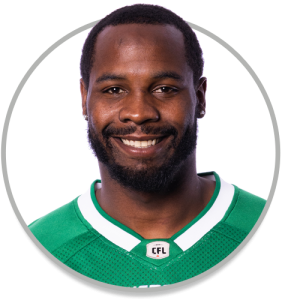 ACQUIRED: Signed with the Riders in October 2021

2021: Played four games for the Green and White after joining the team for week 12 against Calgary. Williams had 17 receptions for 285 yards and a touchdown. In two playoff games, he recorded nine catches for 163 yards and added another major.

Williams signed with the Edmonton Elks in 2017. In his rookie season he had 46 receptions for 715 yards and four touchdowns. Over 18 regular season games in 2018, Williams boasted a 17.9 yards per catch average with 88 receptions for 1,579 yards and 11 touchdowns. He sat as the league leader in both categories.

COLLEGE:  Williams played junior college at Mississippi Gulf Coast Community College from 2012 to 2013. Over two seasons, he made 118 receptions for 2,028 yards and 26 touchdowns. He went on to play two seasons for Auburn making 57 catches for 877 yards and six touchdowns.