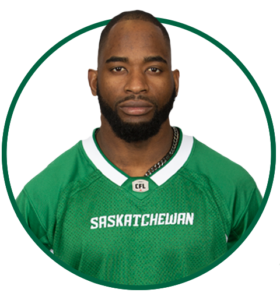 ACQUIRED: Signed with the Riders as a free agent in February 2019.

PRO:Watson signed a free-agent deal with the B.C. Lions in February 2018, was acquired by the Edmonton Eskimos in May 2015 and was with the Saskatchewan Roughriders in January 2015.  He was initially selected by the Winnipeg Blue Bombers in the 2nd round (9th overall) of the 2010 CFL Draft.  In 2019, he played and started in 15 regular-season games and had 46 receptions for 401 yards and three touchdowns.  He was a starter in the Western-Final and had three receptions for 62 yards.