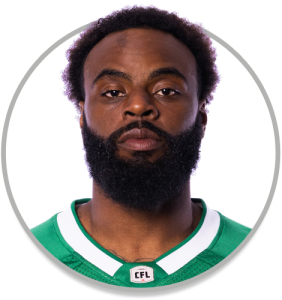 ACQUIRED: Signed with Riders in August 2022.

PRO: Reavis was signed by the Jacksonville Jaguars as an undrafted free agent. He made his NFL debut with the Jags in December of 2018, recording one tackle. After the 2018 season, Reavis went on to spend time with the Atlanta Falcons.

COLLEGE: Reavis played collegiately at Virginia Tech for one season. From there, he transferred to East Mississippi, appearing on the popular show Last Chance U, and recording 40 tackles, eight pass break ups and two interceptions. After one season at East Mississippi, he transferred to Marshall. The Virginia native flourished in his time with The Herd, recording 132 tackles, one interception and five tackles for loss in 21 games.