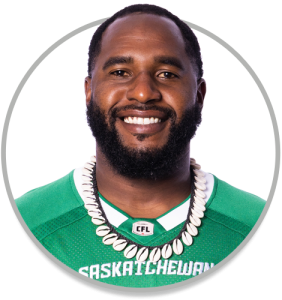 PRO:  joins the Riders after spending the last five seasons in the NFL. Initially signed by the Washington Football Team as an undrafted free agent in 2016. Went onto play 15 career games with the Club, making ten tackles, five sacks, five tackles for a loss, six passes defended, one forced fumble and two fumble recoveries. First career sack was against quarterback Drew Brees. In 2018, Lanier signed with the Los Angeles Chargers where he stayed for two seasons. Spent portions of 2020 with the Kansas City Chiefs and the New Orleans Saints.

COLLEGE:  Played for the Alabama A&M Bulldogs. As a senior in 2015, made 29 tackles, six tackles for a loss, three sacks, one forced fumble, four quarterback hurries and one pass break-up over eight games. As a junior, was second on the team in tackles with 54 while adding 18 tackles for loss, four pass breakups, two forced fumbles and a blocked kick. Lanier was a two-sport athlete, also suiting up for the Bulldogs’ basketball team.