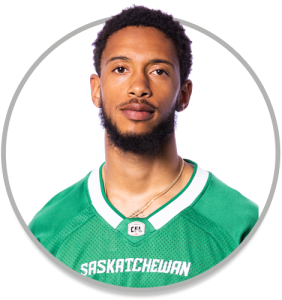 ACQUIRED: Signed with the Riders in January 2022

YEARS WITH THE RIDERS:  2

2022: Played in 11 games as a rookie, registering 31 tackles, five pass knockdowns and one fumble recovery.

PRO: Henderson signed with the Jacksonville Jaguars in 2020 as an undrafted free agent. He was on the Minnesota Vikings in 2021 and played in one preseason game.

COLLEGE:  Henderson spent five seasons at Wake Forest, playing in 46 career games. As a senior, he was named Second-Team All-ACC after making 40 defensive tackles, four interceptions, 14 passes defended, and a fumble recovery. His team-leading four interceptions ranked second in the ACC, while his 14 passes defended was fifth in the ACC. He finished up his senior year with an invite to the NFLPA Bowl. He finished with 169 career defensive tackles, while ranking fourth in school history with 48 passes defended (seven interceptions, 41 pass break-ups) and third in school history with 41 pass breakups.