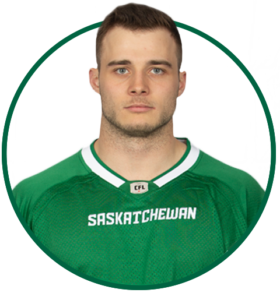 ACQUIRED: Signed with the Riders as an undrafted free agent in May 2017.

PRO: In 2019, Gagne played in 18 regular-season games and the Western Final listed as a backup linebacker registering a team-leading 19 special-teams tackles.