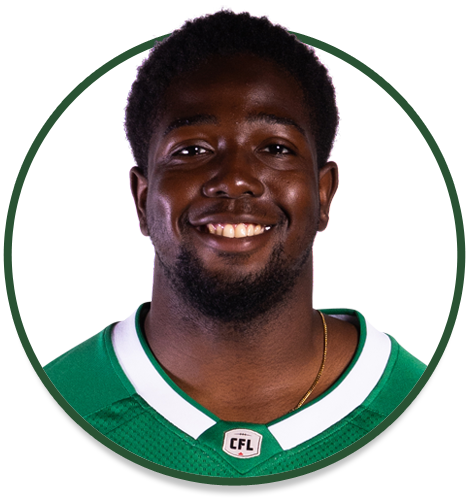 ACQUIRED: Selected in the fourth round 35th overall in the 2020 CFL Draft.

PRO: Signed with the Riders in January of 2021. Returned to school for his fifth year of eligibility before returning to the Green and White in December of 2021

COLLEGE: capped off a stellar collegiate career at Guelph by receiving the President’s Award as the OUA’s Most Outstanding Stand-Up Defensive Player and being named an All-Canadian and OUA All-Star. In seven games played in 2021, made 58 total tackles (29 solo, 29 assisted), six tackles for loss, three sacks, and two forced fumbles. Made 63.5 tackles, five-and-a-half sacks,12 tackles for loss, one forced fumble, and three fumble recoveries over the previous four seasons.