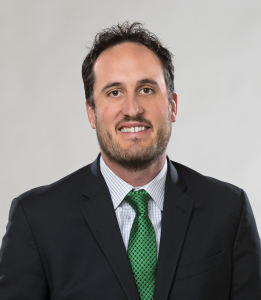 Since 2015, Craig Reynolds has been at the helm of one of the nation’s most successful sports franchises, the Saskatchewan Roughrider Football Club.  Reynolds was raised in Foam Lake, Sask., and knows the true meaning of bleeding green after attending many Rider games during his childhood with his family. Following his small-town upbringing, Craig attended Arizona State University then the University of Saskatchewan, where he obtained a Bachelor of Commerce degree with Distinction, and a Masters in Professional Accounting.

Craig brings to the table an extensive business background from his varied personal and business experiences;  notably including time as the Riders CFO, helping to guide the organization to financial success with record profits and overseeing the growth of the stabilization fund from $1 million to more than $12 million in five years.  He oversaw the operations committee for the 2013 Grey Cup; an event that would go down as one of the most memorable moments in Saskatchewan Roughriders history culminating with the win on home turf. In addition, he was a key player in leading and bringing the vision and living prairie legacy that is new Mosaic Stadium to life.

Craig represents the Riders on the Canadian Football League’s Board of Governors as an Alternate Governor. In addition to his passion for football and the Riders, Craig is an avid community supporter and has the pleasure of serving on the board of directors for the Red Cross and the Globe Theatre. He has been named as one of the province’s brightest young leaders as a member of CBC’s Future 40.  Craig has two young children, a son, Noel and a daughter, Neeve.