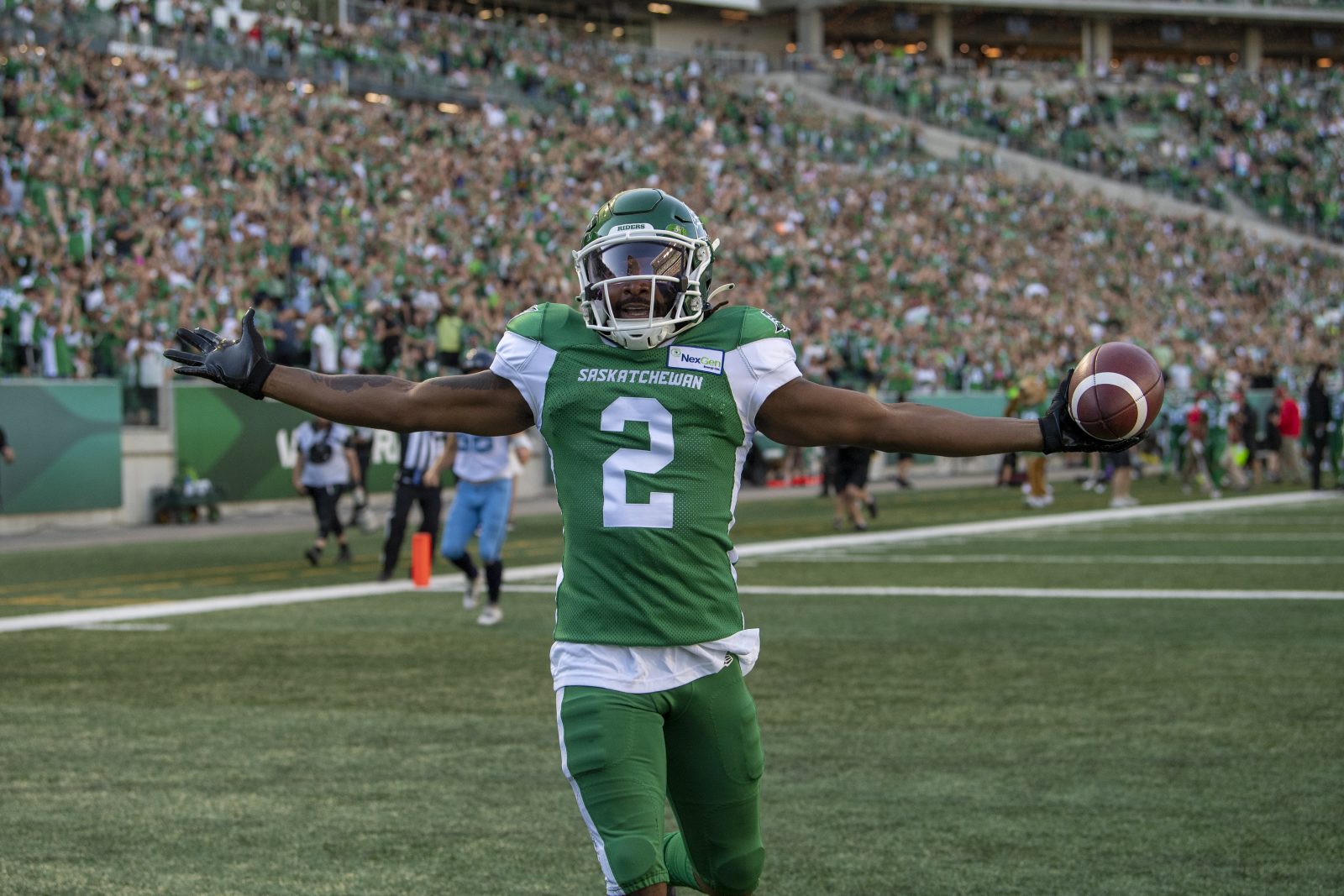 As the Saskatchewan Roughriders take on the Toronto Argonauts in CFL action in Saskatoon, SK, July 24, 2022. Photo Electric Umbrella/Liam Richards

The Saskatchewan Roughriders have signed American receiver and dynamic returner Mario Alford to a contract extension.

Alford came over to the Saskatchewan Roughriders via trade in Week 5 and went on to make CFL and Roughrider history. In just his second game in Green and White he ran a missed field goal back 112-yards for a touchdown. An electric athlete, Alford also had a 98-yard kickoff return touchdown in Week 10 against the Elks and a 92-yard kickoff return touchdown versus the Blue Bombers in Week 14. His league-leading fourth and final return of the year – the 104- yard punt return in Week 20 against the Stampeders, cemented his place in the history books.

Before his trade to Saskatchewan, Alford spent two seasons with the Montreal Alouettes and played nine games with the Club. Alford returned 26 punts for 486 yards and three touchdowns and added nine kick returns for 477 yards. He also held a 20-yard average per return. Prior to the Alouettes, he played six games for the Toronto Argonauts, making seven catches for 57 yards and earning 170 yards off eight kickoff returns.

Alford was selected by the Cincinnati Bengals in seventh round, 238th overall, of the 2015 NFL Draft. He went on to play one game for the Bengals as a rookie, before moving on to spend time with the New York Jets, Chicago Bears and Cleveland Browns. Alford played in three games as a returner for the Browns, returning eight punts for 68 yards and eight kickoffs for 258 yards.

Collegiately, the Georgia native played two seasons at West Virginia (2013-14), suiting up for 22 games as a Mountaineer. He caught 92 career passes for 1,497 yards and 13 receiving touchdowns. He also returned 37 kickoffs for 972 yards (26.3-yard average) and two touchdowns. In 2014, he led the entire NCAA in return touchdowns with two and he led the Big-12 in receiving touchdowns with 11. Prior to attending West Virginia, Alford was a running back with the Georgia Military Bulldogs (2011-12) and in his second season led the team with 541 yards rushing and six touchdowns.