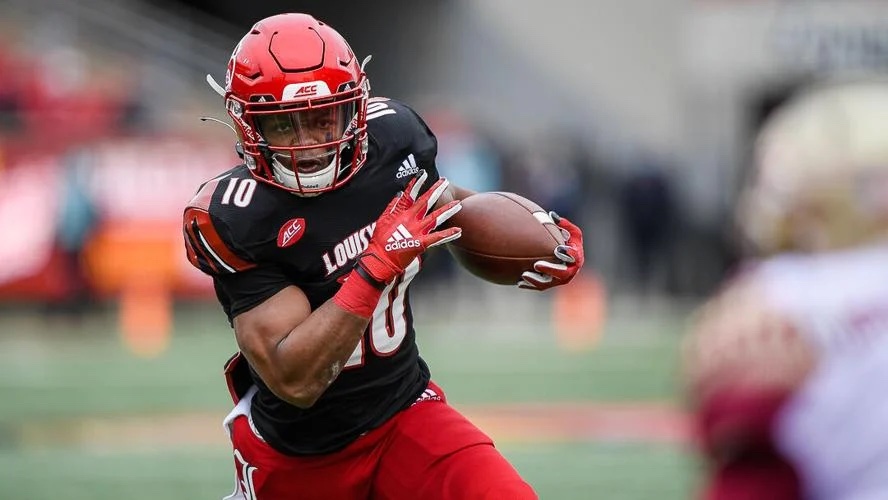 The Saskatchewan Roughriders have signed American running back Javian Hawkins.

Hawkins (5’9-196) signed with the Atlanta Falcons as an undrafted free agent following the 2021 NFL Draft. He split the preseason with the Falcons and the Tennessee Titans. He went on to sign with the Los Angeles Rams and spent the entire 2021 regular season on the practice squad, winning Super Bowl LVI with the team.

Hawkins played three collegiate seasons (2018-20) at the University of Louisville, seeing action in 23 games. The Florida native recorded 399 carries for 2,355 yards and 16 touchdowns, while adding 21 catches for 189 yards and one touchdown. The 22-year-old’s best season came in 2019, when he rushed for 1,525 yards and nine touchdowns, breaking the Louisville record for rushing yards in a single season by a running back. He also earned Second-Team All-ACC Honours.