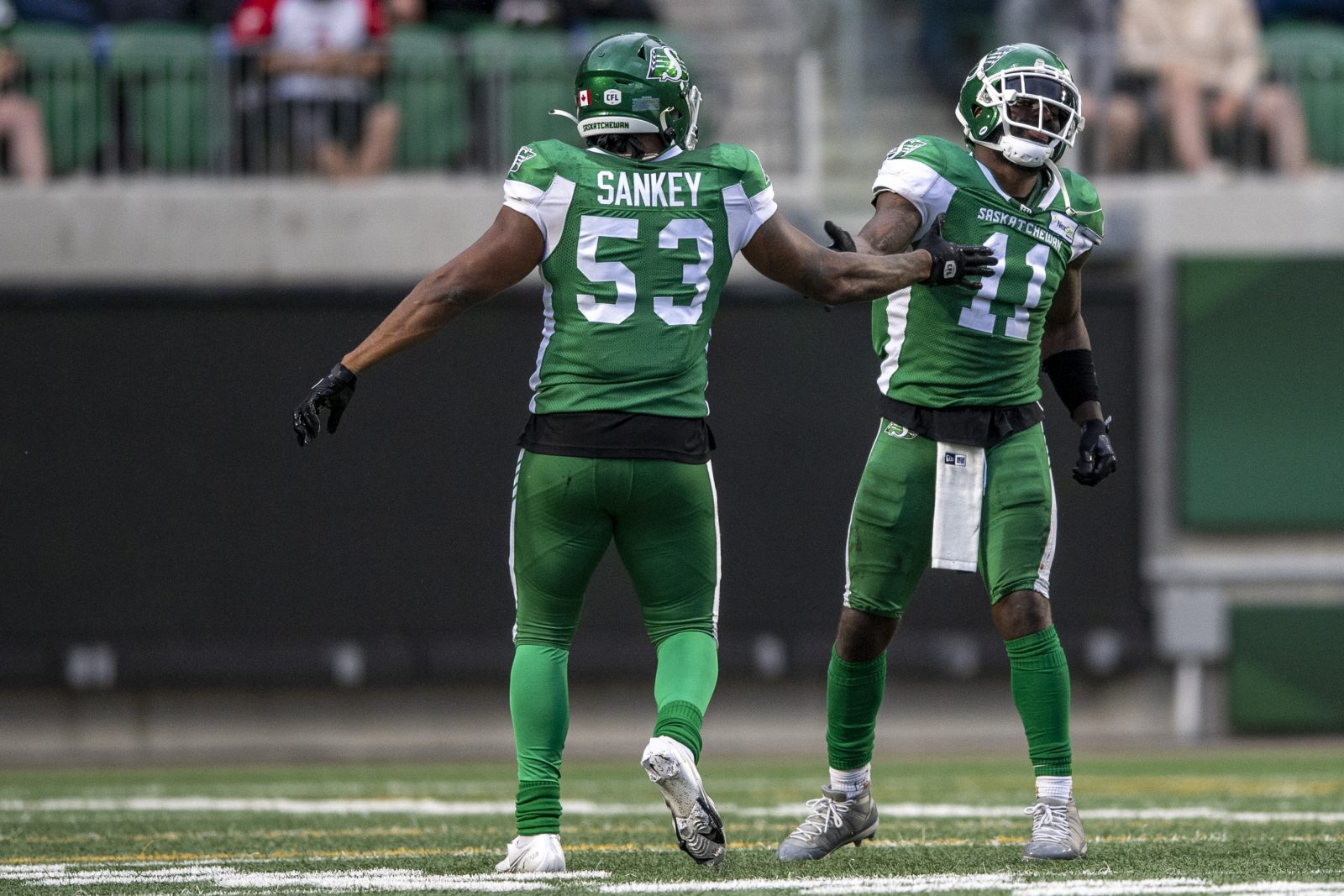 The Saskatchewan Roughriders have top-dog tacklers in Larry Dean and Darnell Sankey. The linebacker tandem has 52 and 50 total tackles, respectively, through eight games and are on pace to record more than 100 tackles each.

“We just have one common goal in mind and that’s to win,” said Dean, who isn’t thinking too much about the noteworthy implications of his on-field work.

“I feel like we both have that same type of mindset, to be selfless and grateful for the opportunity. But we definitely like to win.”

Only one CFL team has had two 100-plus tackle players in one season: the BC Lions with Adam Bighill and Solomon Elimimian in 2016. The league hasn’t had a 100-plus tackle player season since 2018. “I just take it one game at a time, one opportunity at a time,” said Dean. “You get caught putting the cart before the horse and you get in trouble every time.”

The 34-year-old has had a triumphant return to the field in 2022, after an unplanned two-year hiatus. Dean suffered a torn achilles at Riders training camp in 2021, after a lost 2020 season due to the COVID-19 pandemic. 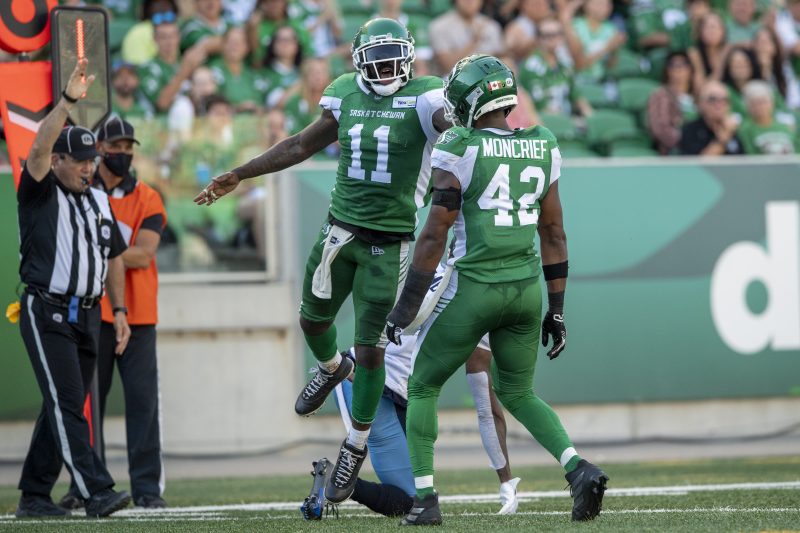 “Every opportunity I get to just step on this field, I’m just humbled by it, I’m grateful for it and I’m just taking every play in,” he said.

The seven-year CFL veteran signed with the Riders in 2021, after spending most of his career with the Hamilton Tiger-Cats and the 2019 season with the Edmonton Football Team. Prior to his injury, Dean had not missed a single regular-season game. He was named a division All-Star in 2017, 2018 and 2019, along with the East Division Most Outstanding Defensive Player in 2018.

Both Dean and Sankey stayed in Saskatchewan for the bye week, resting and studying film, sometimes with each other and other teammates. “I’m in love with the game. I’m in love with the process,” said Sankey. “Everything I do football related is with intent … I love being out here. I love battling and I love the grind.”

Prior to the 2022 season start, CFL media chatter abounded on which linebacker would get the most play between the two. Now the narrative has changed to include both men as standout defensive stars.
“We never looked at it as a competition. You know, we just we come out there ready to play every week and we want to be the best linebackers in the league,” Sankey said. 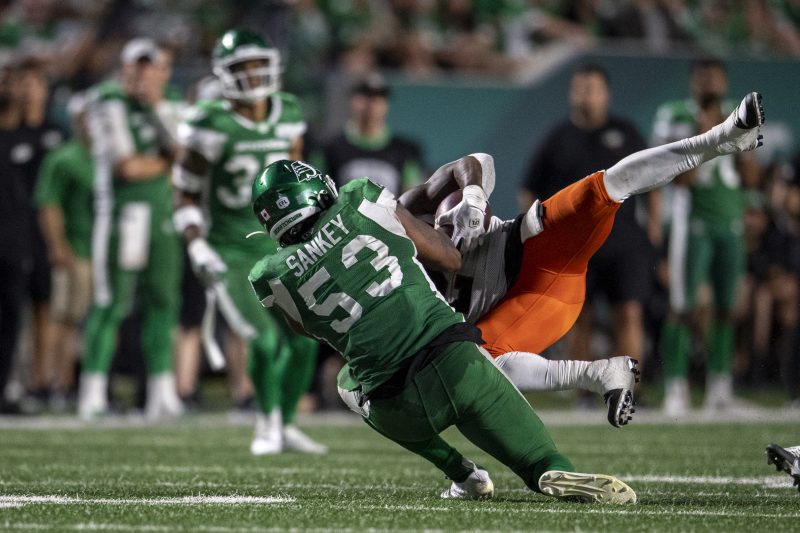 The 27-year-old from San Jose, CA joined the Riders this year, after a stellar season with the Calgary Stampeders. In 2021, Sankey led the CFL with 97 defensive tackles while also adding one special teams tackle, one sack, one forced fumble and two fumble recoveries. For his efforts, he was named a 2021 CFL West Division All-Star.

Still, Sankey knows there is always room for improvement and said Dean is a great leader with CFL and NFL experience. Now, he said, it’s time for the Riders to put other teams on notice. “That’s something we’ve emphasized since we’ve been back, you know, gaining our swagger back, kind of understanding that we are a great team in all aspects of the game,” he said.

“We have great players. We just need to come out here and do our thing. We know what we can do. We feel like we haven’t been doing it and the only way is up.”

The Saskatchewan Roughriders (4-4) visit the Edmonton Elks (2-6) at Commonwealth Stadium on Saturday, Aug. 13. Kickoff is at 8 p.m. Sask. time. The Elks visit Saskatchewan to close out the three-game regular-season series on Friday, Sept. 16, also kicking off Football Weekend in Saskatchewan.