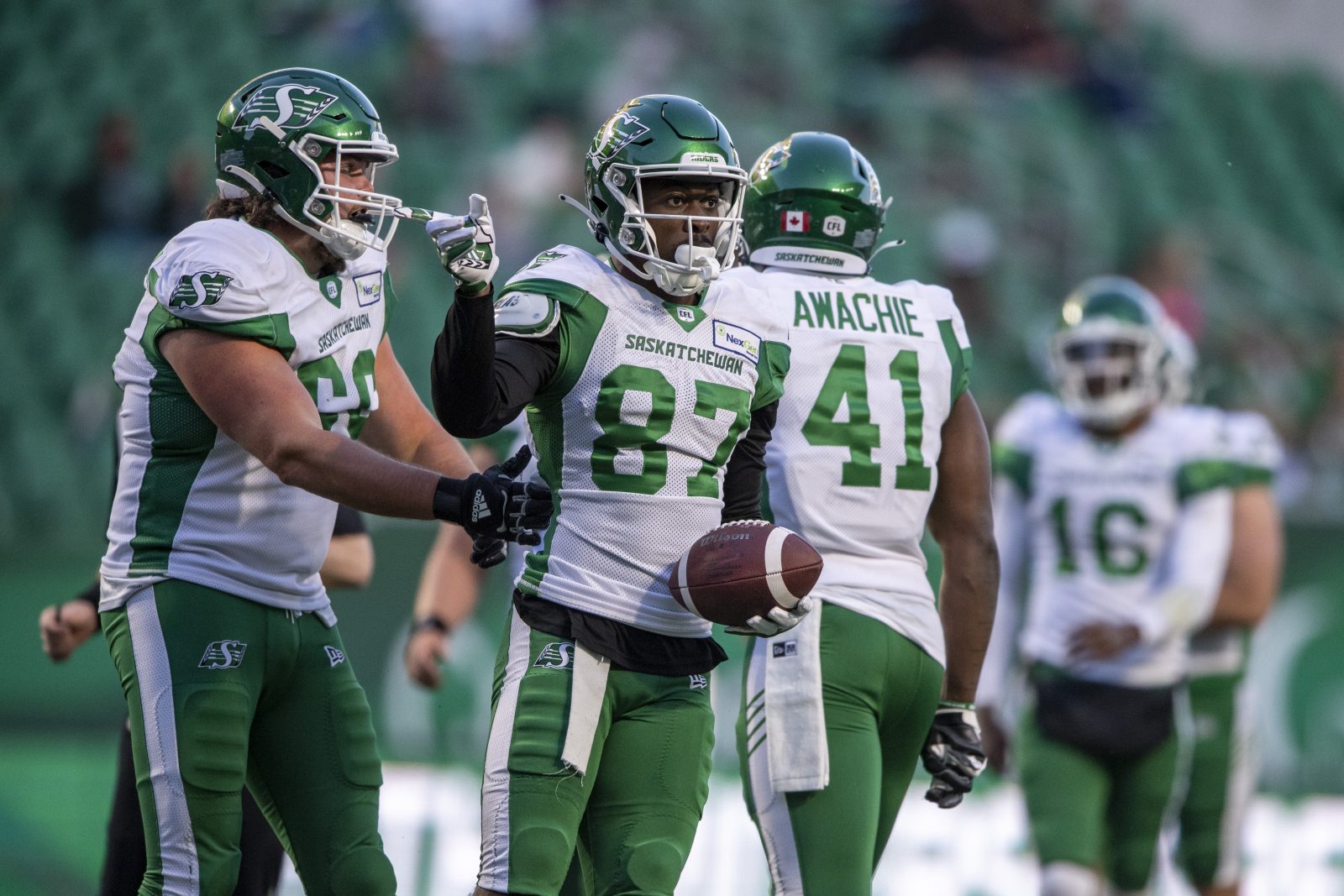 as the the Saskatchewan Roughriders take on the Winnipeg Blue Bombers in CFL preseason action in Regina, SK, May 31, 2022. Photo Electric Umbrella/Liam Richards

Weah (6’3-209) returns to the Riders after attending 2022 Training Camp with the Club. He saw action in both preseason games, totalling three catches for 23 yards and a touchdown.

The Wisconsin native signed with the Houston Texans as an undrafted free agent in 2018 and went on to spend time on the practice rosters of the Washington Commanders and the Chicago Bears. As a member of the Commanders, he dressed for one regular season game.

Collegiately, Weah spent five seasons (2013-17) at the University of Pittsburgh. In 25 games the former Panther recorded 77 catches for 1566 yards and 14 touchdowns while averaging 20.3 yards per reception. In addition to his accomplishments on the field, Weah was voted a team captain by his teammates and was selected to play in the 2018 East-West Shrine Game.