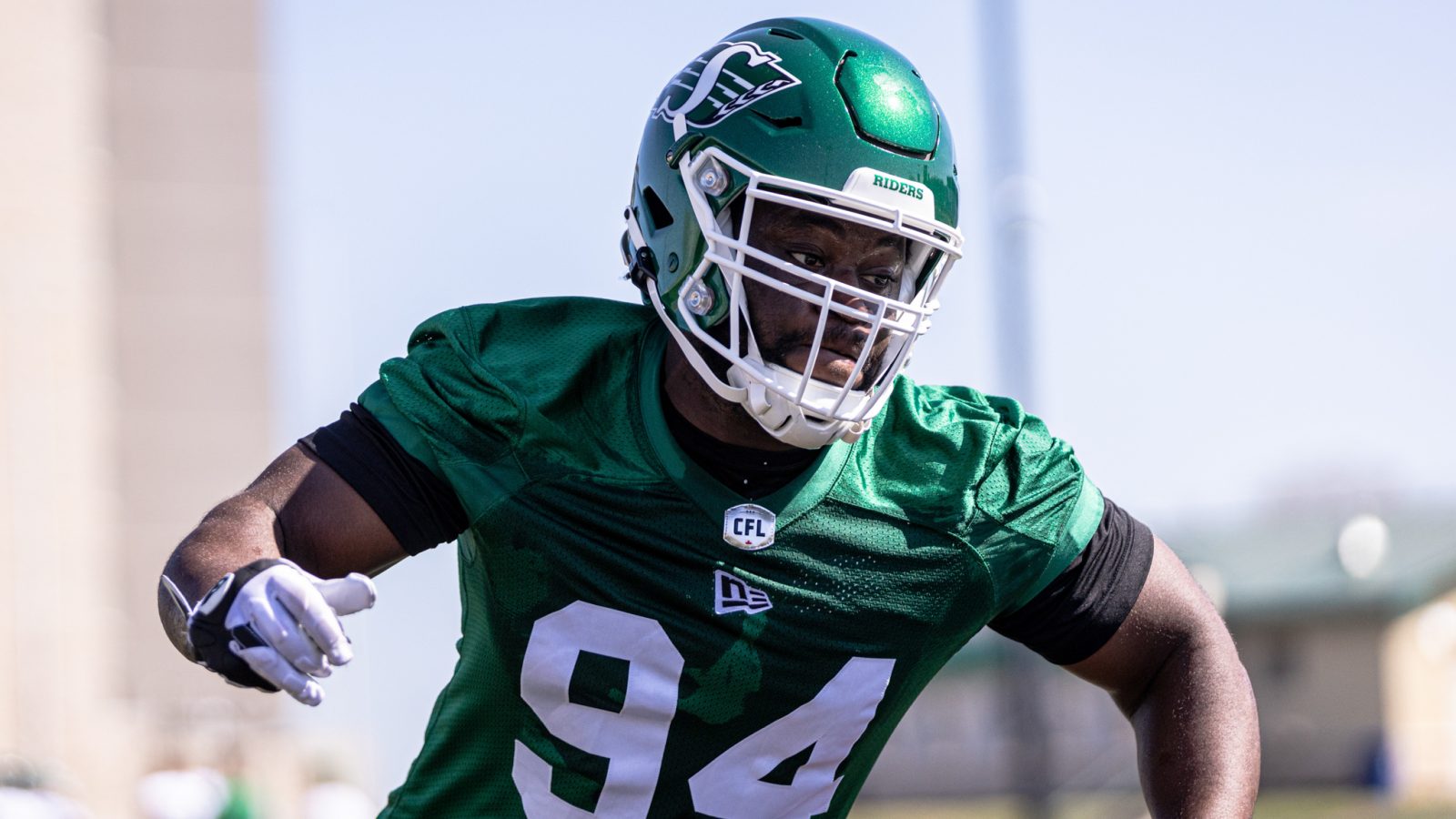 Cimankinda (6’1-280) attended rookie camp with the Green and White in 2022 and spent the 2021 season on the Club’s practice roster. The Ottawa native was selected by the Roughriders in the 4th round, 35th overall, of the 2021 CFL Draft.

Collegiately, Cimankinda spent three seasons (2017-20) with the Guelph Gryphons, making 81 total tackles, 27 tackles for loss, 22.5 sacks, two forced fumbles and a fumble recovery in 30 games. In 2019, he was named a Second-Team OUA All-Star. Prior to attending Guelph, he spent one season (2016-17) at New Mexico Military Institute, making 30 tackles, five tackles for loss, two sacks, one forced fumble and one fumble recovery.

Dethier (5’11–196lbs) returns to the Riders after attending 2022 Training Camp with the Club.  The Boisbriand native played in the preseason game against Winnipeg and recorded two defensive tackles.

The 26-year-old was drafted by the Roughriders in the fifth round, 44th overall, of the 2020 CFL Draft. He spent the 2021 season on the injured list recovering from a torn ACL.

Beeksma (6’2-220) was drafted by the Hamilton Tiger-Cats in the fifth round, 46th overall, of the 2022 CFL Draft and spent time on the team’s practice roster. The Cambridge native saw action in both of Hamilton’s preseason games and earned two defensive tackles.