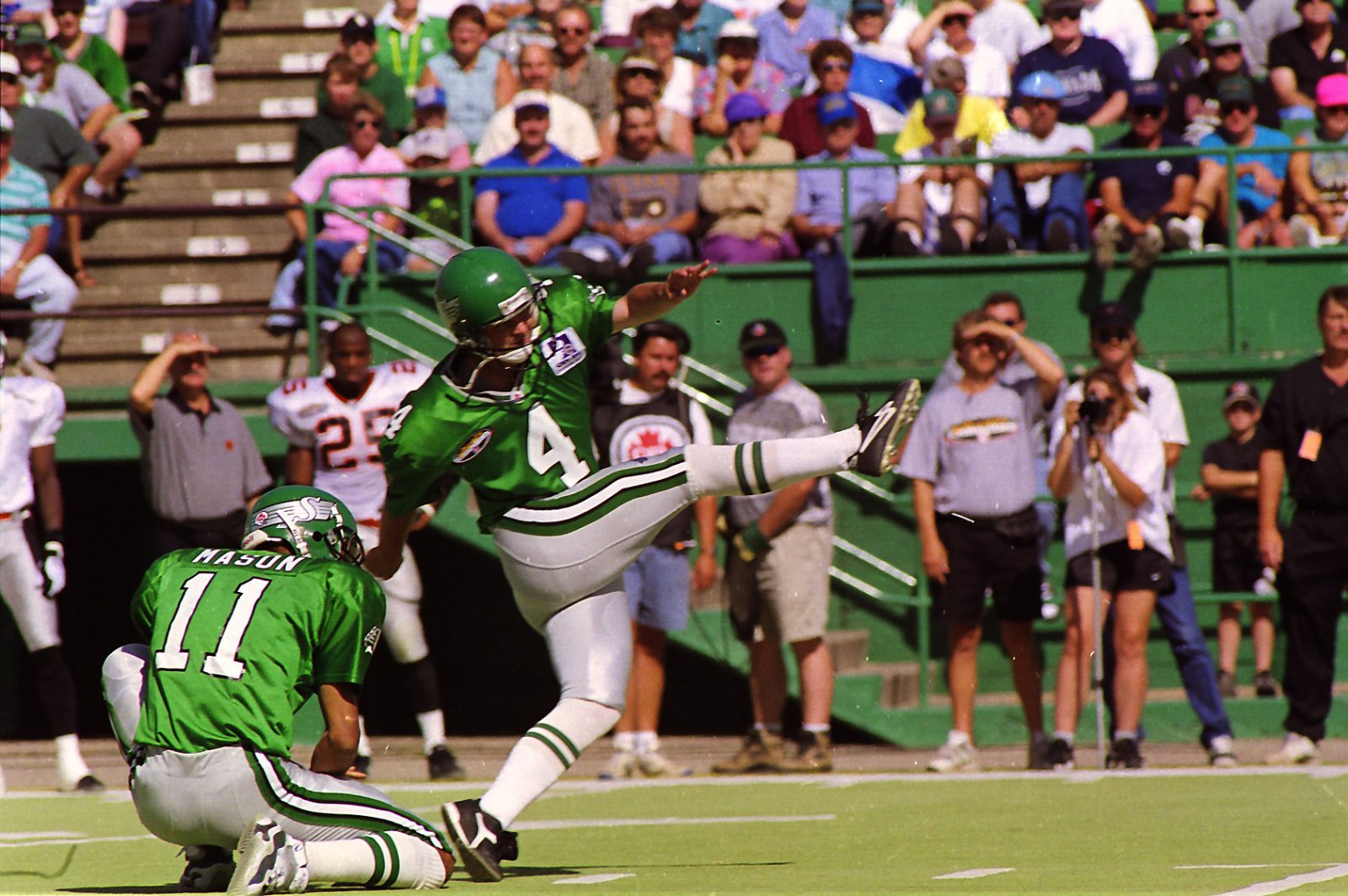 The Saskatchewan Roughrider wish to congratulate three former members of the Green and White who will join the Canadian Football Hall of Fame this fall.

Kicker Paul McCallum will be inducted as a player, former General Manager Roy Shivers as a builder, and former Rider safety and current TSN and 620 CKRM broadcaster Glen Suitor into the media wing.

McCallum is one of the best kickers and punters in the history of the CFL. The former Surrey Ram played in 340 games across 24 seasons with the BC Lions, Ottawa Rough Riders and the Saskatchewan Roughriders. He sits second on the list of all-time scorers with 3,145 points, and he is one of only two players to eclipse the 3,000-point milestone.

The two-time Grey Cup champion was named a Division All-Star five times and a CFL All-Star twice. He amassed 722 career field goals with an 80.2 per cent success rate. He still holds CFL records for the longest made field goal (62 yards) and the most consecutive converts made (801). He recorded 84,093 punt yards and 68,432 kickoff yards.

Shivers enjoyed a successful 32-year career in the CFL including six seasons as the General Manager of the Saskatchewan Roughriders (2000-2006). He began his journey as an assistant coach with the BC Lions (1983-85) before becoming the team’s Director of Player Personnel (1986-89). He had two stints with Calgary – as an assistant general manager from 1990-94 and he would eventually return in a similar role from 1996-99. He also totalled eight seasons as a general manager (Birmingham in 1995 and Saskatchewan from 2000-06). His career came full circle with a return to the Lions from 2008-15 as a member of the team’s player personnel department.

After a successful 11-season career as a Saskatchewan Roughrider, Glen Suitor retired as a player in 1995 and joined TSN as an analyst for its televised CFL games, teaming primarily with Chris Cuthbert. The duo went on to win numerous awards, including a Gemini Award for best sports play-by- play or analyst in 2006. A four-time nominee, he won a Canadian Screen Award in 2014 for his work on the 100th Grey Cup.

The Vancouver product is a frequent guest commentator on football programs, including his current gig with Harvard Broadcasting. In recognition of his support and involvement with the Canadian military, Suitor was named an honorary colonel of the 417 Combat Support Squadron in 2015.

As a Rider, Suitor received numerous all-star nods and won the Grey Cup with Saskatchewan in 1989 and notably was the holder for the game-winning field goal. He is first all time in interceptions with the Roughriders with 51 and ranks among the CFL all-time leaders.

Additionally, the Club wishes to acknowledge the work of Ed Willes who worked in the sports department at the Regina Leader-Post from (1986-89) and will also join the CFHOF media wing this September.

The members of the Class of 2022 will be officially inducted on the evening of September 16 at Tim Hortons Field, and they will also be honoured on the following day at halftime of the Hall of Game when the Winnipeg Blue Bombers visit the Hamilton Tiger-Cats at 4 p.m. ET. Suitor and Willes will be honoured at the Football Reporters of Canada’s annual brunch during Grey Cup Week in Regina.

The Canadian Football Hall of Fame and Museum, located on the fourth floor of Tim Hortons Field, operates as a non-profit registered charity. Located in Hamilton, Ont., since 1963, it is home to more than 80,000 Canadian football artifacts, ranging from equipment and trophies to photos and videos, spanning the rich history of the game.