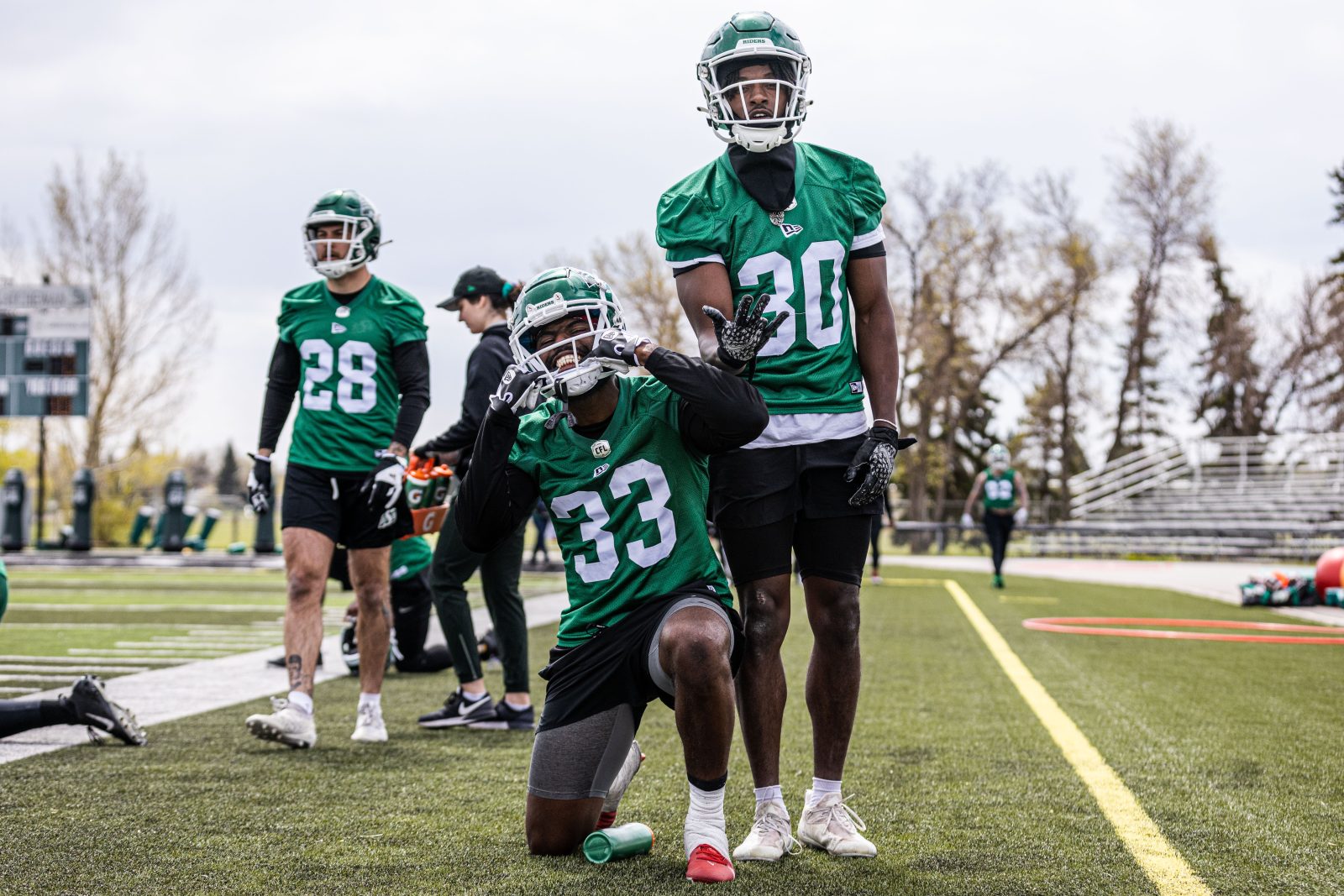 Even with an overcast sky, the intensity was turned up high in the first padded practice of training camp. The fans were treated to highlight play after highlight play. Receivers Duke Williams, Kian Schaffer-Baker, Paul McRoberts, Samuel Emilus, and Shaq Evans and each had spectacular moments that got the crowd excited.

On the defensive side of the ball, Nelson Lokombo and CJ Reavis had athletic interceptions that got loud cheers from the audience, including their fellow defensive backs.

Catch the latest comments from:

Offensive Play of the Day

Defensive Play of the Day

Quote of the Day