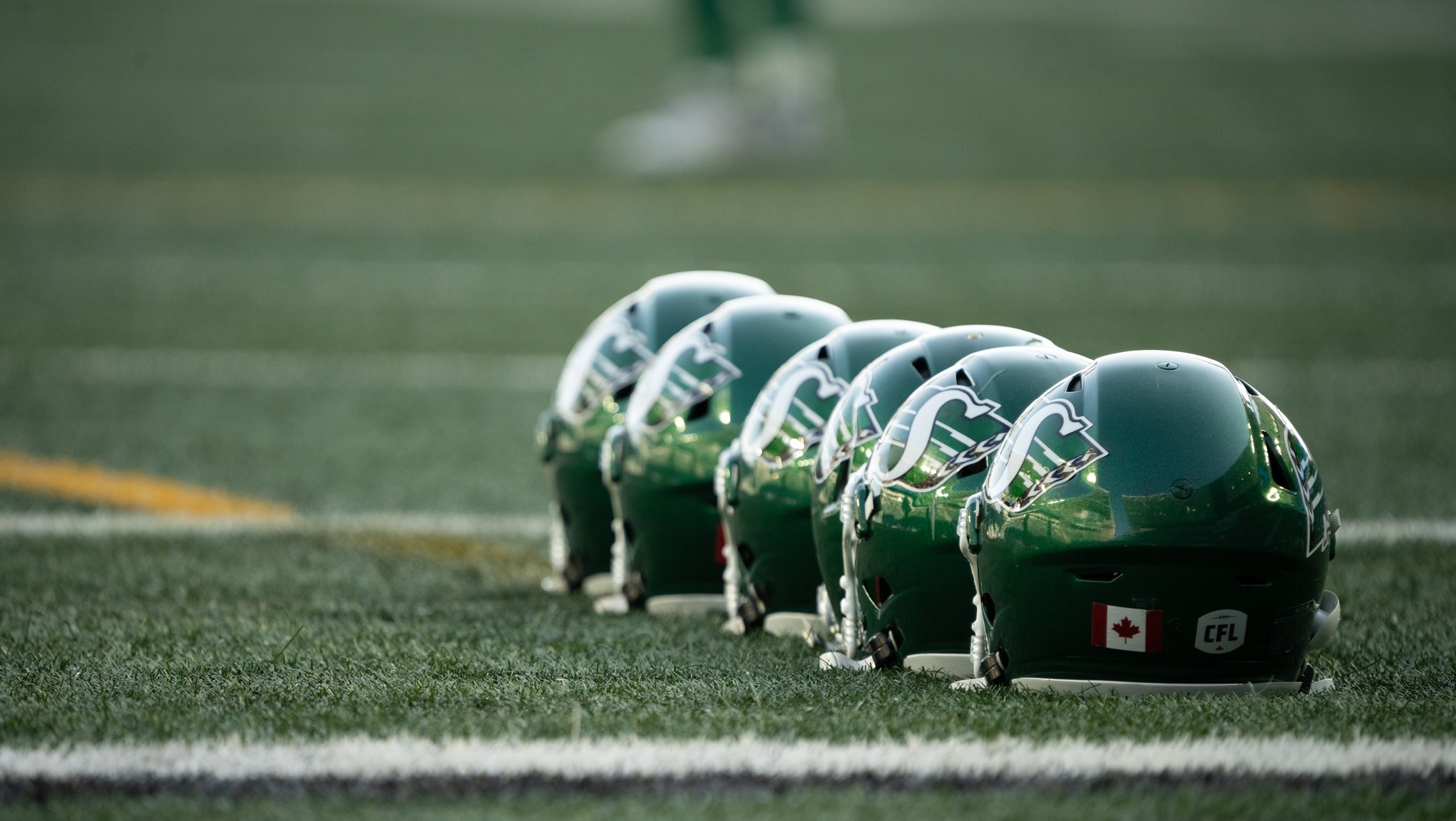 The Saskatchewan Roughriders have made the following roster moves:

Fry (6’6-304) was selected by the Roughriders in the second round, 16th overall, of the 2022 CFL Draft. He spent three collegiate seasons at Western University, playing in 33 games and making 28 starts at right tackle. In both 2021 and 2019, the London, Ont. native was named an OUA First-Team All-Star as well as a U SPORTS Second-Team All-Canadian. Additionally, he capped off the 2021 season by helping the Mustangs capture their eighth Vanier Cup in school history. He was also named to the OUA All-Rookie Team in 2018.

Bringi (5’11-229) was selected by the Roughriders in the fourth round, 36th overall, of the 2022 CFL Draft. He spent three collegiate seasons at the Wilfrid Laurier University, playing in 23 games. In his collegiate career, the London native racked up 147 tackles, nine-and-a-half tackles for loss, five sacks, two forced fumbles, two fumble recoveries, three interceptions, and two pass breakups. The 21-year-old was named an OUA First-Team All-Star in 2021 and 2019.

Fleury (6’2-192) was selected by the Roughriders in the fifth round, 45th overall, of the 2022 CFL Draft. He spent four collegiate seasons at McGill, playing in 32 games as a Redbird. The Quebec native made 120 career tackles, including two tackles for loss, one sack, one forced fumble, three interceptions and seven pass breakups. Noted for his tackling, Fleury was named a team captain in the 2021 season, participated in the Eastern Regional Combine and was selected for both the 2020 and 2021 East-West Bowl.

Dalke (6’1-203) was selected by the Roughriders in the sixth round, 54th overall, of the 2022 CFL Draft. He played in 16 games over three collegiate seasons at the University of Alberta. The Leduc native recorded 94 tackles, one-and-a-half tackles for loss, three interceptions, seven pass breakups, one forced fumble, and one fumble recovery in a Golden Bears uniform. In 2021 he was named a Canada West First-Team All-Star and a U SPORTS Second-Team All-Canadian. He previously played in the CJFL (2015-18) for the Edmonton Wildcats.

Herzog (5’9-192) was selected by the Roughriders in the seventh round, 63rd overall, of the 2022 CFL Draft. He spent five collegiate seasons at Hillsdale College playing in 30 games as a Charger. The Windsor, Ontario native made 244 defensive tackles, including 6.5 tackles for loss and averaging 8.1 tackles per game. He also added one sack, three forced fumbles, one fumble recovery, three interceptions and eight pass breakups. His strong play saw him named First-Team All-Conference in three consecutive seasons.

Boersma (5’10-191) was selected by the Roughriders in the eighth round, 72nd overall, of the 2022 CFL Draft. He spent four collegiate seasons at the University of Regina, playing in 19 games, and will continue his football career in the same city. Over his time as a Ram, the 21-year-old earned 39 catches for 763 yards and six touchdowns, averaging 19.6 yards per reception. The Cambridge native had a strong showing at the CFL combine, recording the second best 40-yard dash time at 4.49 seconds and tying for the best vertical jump at 40.5 inches.

Johnson (6’3-210) is a fourth-year linebacker and long snapper with the Saskatoon Hilltops. In 2021, he was named a Prairie Football Conference (PFC) All-Star after making 26 tackles, a conference leading 12 special teams tackles, five knock downs and five interceptions while adding one sack. He won a National Championship with the Hilltops in 2019.

Klassen (6’3-308) joins the Roughriders from the Regina Thunder where he was named a 2021 PFC All-Star. As part of the Thunder offensive line, Klassen helped the team rush for the second most yards of net offence in the Prairie Football Conference with 3,355 while also amassing an average of 172.3 yards rushing per game and a 5.79 yard per rush average.

McCormick (6’2-273) joins the Roughriders at training camp after a stellar rookie season with the Regina Thunder. The defensive lineman was named a CJFL All-Canadian, the 2021 PFC Rookie of the Year and a PFC All-Star after earning 16 defensive tackles and three quarterback sacks.

Schick (6’01-299) has played two seasons with the Regina Thunder, and was named a PFC All-Star in 2021. Alongside teammate Connor Klassen, Schick helped the offence score the second most touchdowns in the conference at 30, as well as earn the second highest net offence per game at 419 yards.

Donnelly (6’3-190) capped off his third year with the University of Regina Rams with an appearance in the East-West Bowl. ​The Regina native has played 11 games over three seasons with the Rams, making 189 passes for 2,946 yards and 20 touchdowns and averaging 268 yards per game. He’s also rushed 37 times for 211 yards. In his first year as a starter, he was third in Canada West in completion percentage (60.3%) and touchdown passes (12). Donnelly is the second Rams quarterback to participate in the Canadian Quarterback Internship Program after Noah Picton took part in 2017.