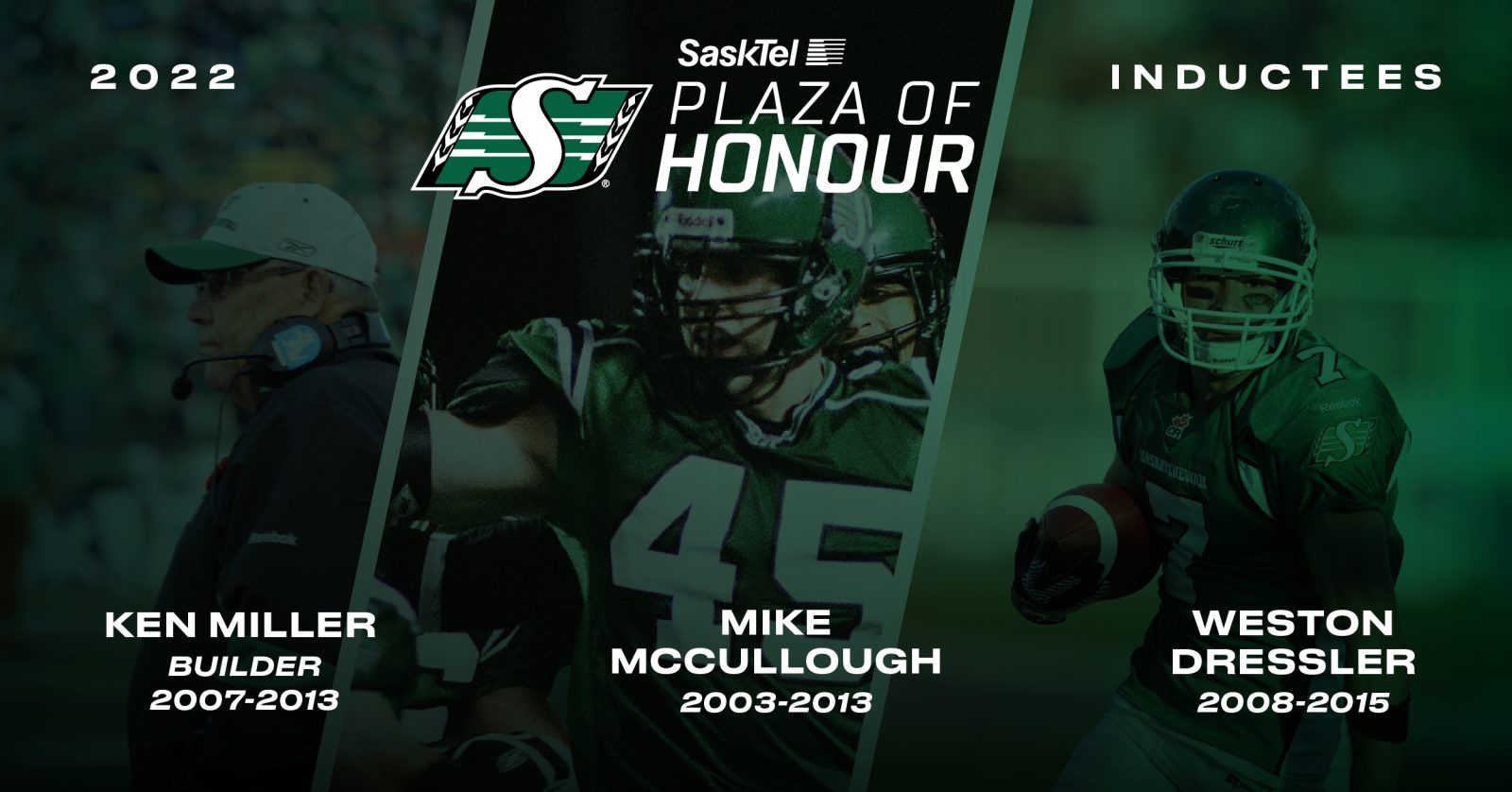 The inductees will be honoured in a special halftime ceremony at the home game on August 19 – Rider Legends Night – a not-to-be-missed opportunity to celebrate our history. Tickets are already on sale.

“I want to congratulate Weston, Mike and Ken on their induction into the Plaza of Honour,” said Roughriders President and CEO Craig Reynolds. “I know Rider Nation holds all three of them near and dear to their hearts, and we can’t wait to bring them home to Mosaic Stadium to celebrate all they have done for our team.”

Additional special events and fan interactions around the August 19th game will be announced in the coming weeks.

The annual SaskTel Plaza of Honour has inducted 135 individuals who have made major contributions to the proud tradition of the Saskatchewan Roughrider Football Club. The Club has also inducted the 1966, 1989 and 2007 Grey Cup championship teams.