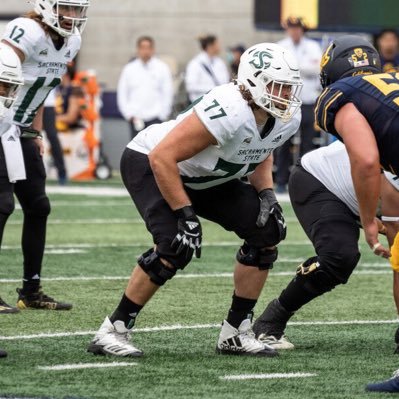 Richardson (6’5-295) played five seasons of collegiate ball (2016-21), suiting up for a total of 41 games. He played his senior season at Sacramento State, where he started in all 11 games at right tackle. That season, the Hornets offensive line averaged 4.6 yards per rush attempt and allowed just 18 sacks. The California native earned All-Big Sky Second Team honours for his efforts.

Prior to attending Sacramento State, Richardson attended UC Davis playing 30 games and spending time at tackle, guard and centre. Over his four seasons as an Aggie, Richardson earned Big Sky Community Service Team honours, won one of the school’s Championship Culture Awards and was named a team captain.