Rider Theme Games: Get Your Tickets! 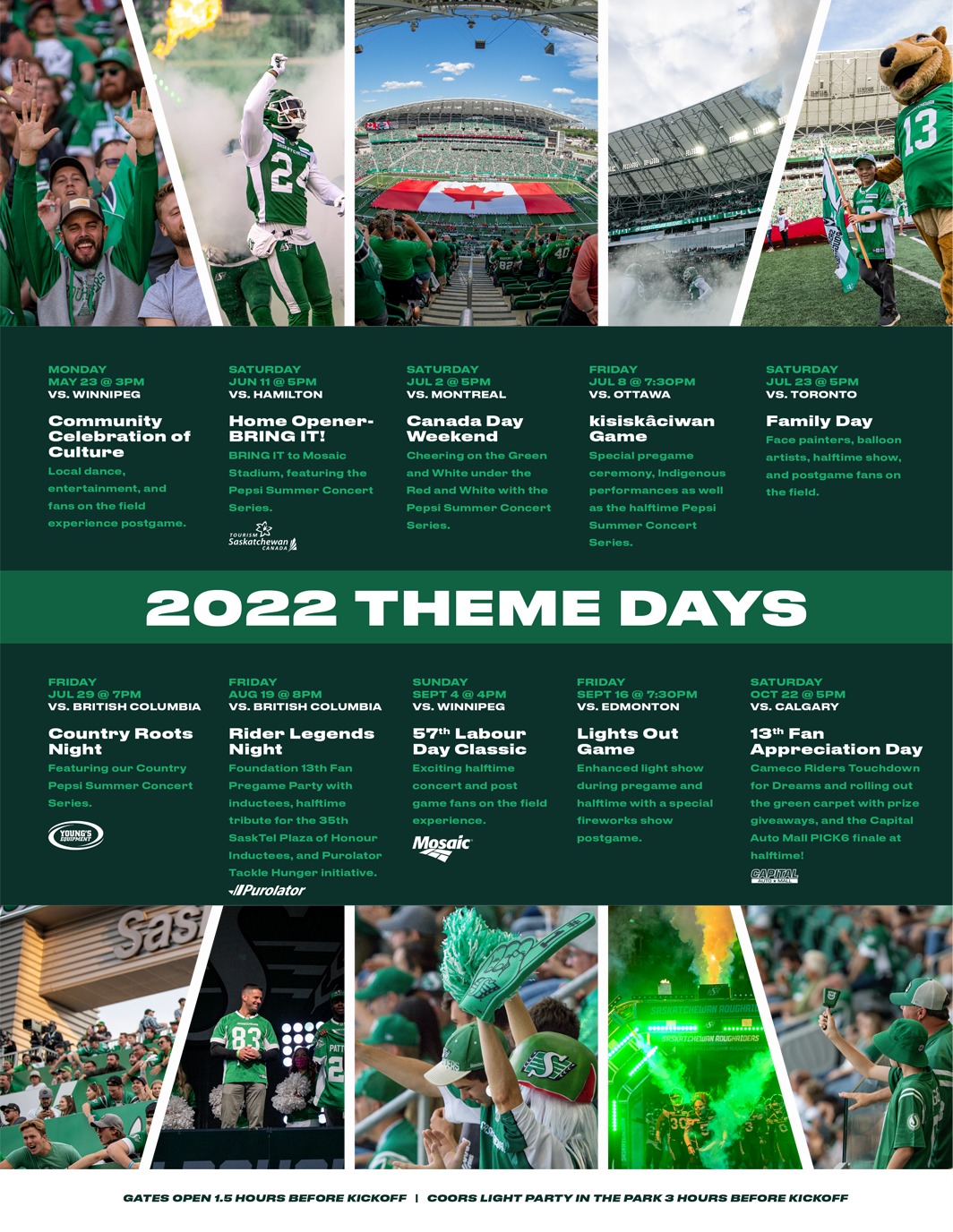 Rider Theme Games: Get Your Tickets!

With Training Camp just around the corner, the Saskatchewan Roughriders have launched ten fun and interactive game themes and four new ticket packages, each carefully curated for the Rider fan you know and love.

The Club is asking everyone to ‘Bring It’ to our Home Opener, presented by Tourism Saskatchewan, on June 11 and help start our journey to the Grey Cup off right. We’ll be kicking off the Pepsi Summer Concert series, and it’s sure to be a electrifying environment at Mosaic Stadium when we take on the Hamilton Tiger-Cats.

“We are so excited to be able to reintroduce the premier game experience our fans have gotten used to when they are attending games at Mosaic Stadium,” said Chief Brand Officer Anthony Partipilo. “With a mix of fun themes, great halftime concerts and interactive fan experiences, Roughrider games will be THE place to be all season long.”

The 2022 themes feature fan favourites like Family Day (July 23), Country Roots Night presented by Young’s Equipment (July 29) and the Lights Out Game (September 16), as well as themes to honour our past and present including a Community Celebration of Culture (May 23), the kisiskāciwan Game (July 8) as part of our ongoing commitment to Truth and Reconciliation, the 13th Fan Appreciate Night presented by Capital Auto Mall (October 22) and much more. The Coors Light Party in the Park will also return to Confederation Park before every game after a season long hiatus.

The Club is also excited to announce four all new ticket packages on sale today made specifically with our fans in mind. These multi-faceted ticket packages are each a little bit different, but alongside game tickets can include pregame on-field experiences, food and beverage vouchers, Rider gear and exclusive savings off the ticket price. The packages are a great option for fans who may not be able to commit to season tickets but don’t want to miss seeing their Green and White in action. They also give fans their first shot at tickets for some of our most sought-after games several weeks before single-game tickets go on sale May 3. Details on the new ticket packages are available at riderville.com.

Monday, May 23rd at 3 p.m. – Community Celebration of Culture

Tickets are available for fans of both cities— with special sections reserved so you can display your colours alongside fellow fans. Find your seats here, no matter which side of the battle you’re on! 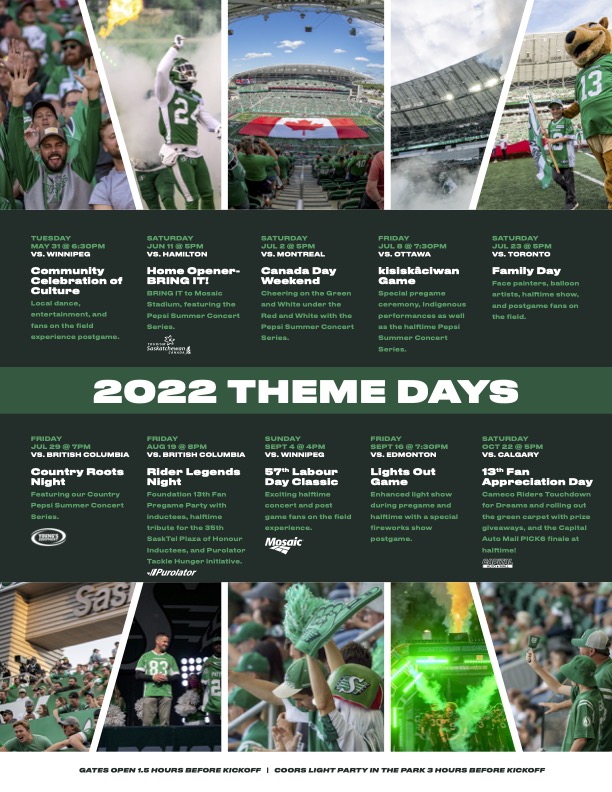