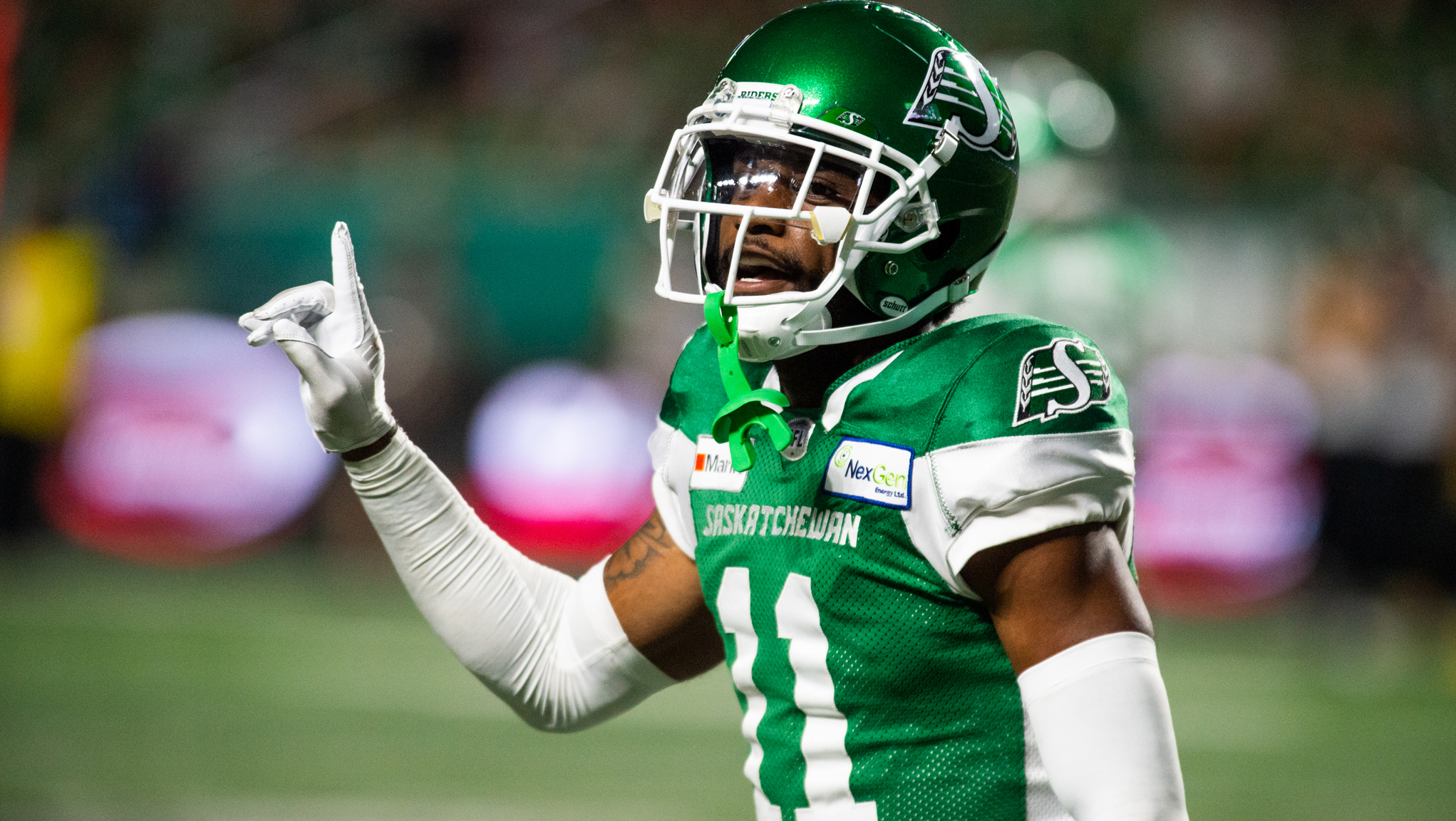 REGINA — People often talk about ducks and how you see them floating on a body of water and they look so calm and serene, but down below their feet are working furiously to keep everything going.

Two games into their season, the Saskatchewan Roughriders are undefeated and while it’s looked like smooth sailing — they worked off of a forced turnover-converted touchdown formula for their win on Saturday over Hamilton — there’s been plenty of work going on behind the scenes.

The Riders have been dealt an absurdly cruel hand with injuries this season. They lost four players to Achilles injuries before their training camp had even opened and they lost d-lineman Tim Williams to the same fate before camp had closed.

While running back Jonathan Femi-Cole was one of the four injured that day, the Riders’ defence was hit hardest by the injuries. Defensive end Freddie Bishop, middle linebacker Larry Dean and rookie defensive back Nelson Lokombo were all gone on the same day.

With the news of those injuries, the sky-high expectations for the team that played in the 2019 Western Final started to fluctuate. In a short season with vets missing at key spots, how realistic could expectations be? Well, after Saturday’s 30-8 win, the Riders are 2-0 for the first time in eight years.

Much of the post-game talk focused on how receivers Kyran Moore and Mitch Picton played in the absence of Shaq Evans, who left the game in the first half with an ankle or foot injury (head coach Craig Dickenson’s words). What really stood out was that supposedly decimated defence intercepting Jeremiah Masoli twice and forcing fumbles off of Masoli and Brandon Banks, then turning all of them into points (three touchdowns, one field goal).

“It’s the biggest indicator of wins and losses,” Dickenson said of the turnover ratio.

“If you can run the football, if you can stop the run, if you can cover kicks and you can win the turnover battle you got a chance.

“As bad as we were in a lot of ways on penalties and sloppiness and return game and on special teams, winning the turnover battle was key.”

It was key for that win and it could pay big dividends as this season goes on. Teams have to move forward after a player is injured, there’s no way around that. But if the replacements can’t fill that void adequately, it can become a season-defining issue. In holding the Ticats to 201 yards of net offence, in prying the ball from their hands and turning it into points on the board over and over again, the team as a whole only becomes more confident.

Jonathan Woodard had three of the Riders’ six sacks on the night and added a forced fumble on Jeremiah Masoli, a play that the 27,076 fans at Mosaic Stadium fed off of. It was the rookie’s first three-sack game since he was in college at Central Arkansas. Having just signed with the team in late May, he played a key part with one of the six turnovers the Riders forced.

“I think it does help their confidence,” Dickenson said.

“A guy like Jonathan Woodard came in and had three sacks. I think the defence first of all is well-coached. I think coach (defensive coordinator Jason) Shivers and that staff do a good job of getting them in the right positions.

“I also think they’re coming together as a group and the veterans, the guys like Lucheiz Purifoy, Mike Edem and the guys up front, Micah Johnson and a lot of ways the d-line are helping out by kind of showing the way.

“I think the young guys are starting to figure it out a little bit. I thought A.J. Hendy and Blace Brown had good games and both of them are young players, second, first year. We feel good about our defence but there’s a lot of games left to be played and there’s a lot still to do.”

It was a scarily efficient thing to watch on Saturday night, this defence that kept forcing the Ticats to cough up the ball and an offence that just kept taking that ball and getting it to the end zone.

“(It’s) family. Always good energy, good vibes and really just being able to fight through adversity and work together and just uplift each other no matter what’s going on,” Woodard said of the impression he’s gotten of this team in the two months he’s been around.

“I think that played a big role in today’s win and last week’s win as well.”

The questions about the defence persisted long after that horrible rash of injuries in July, but Woodard said the team was able to move past it quickly.

“I think honestly, it’s the next-man-up mentality. We’ve had some tough blows but that’s part of what makes this team special, is being able to fight through adversity.”

The Riders look to improve to 3-0 next week when they host the Ottawa REDBLACKS.