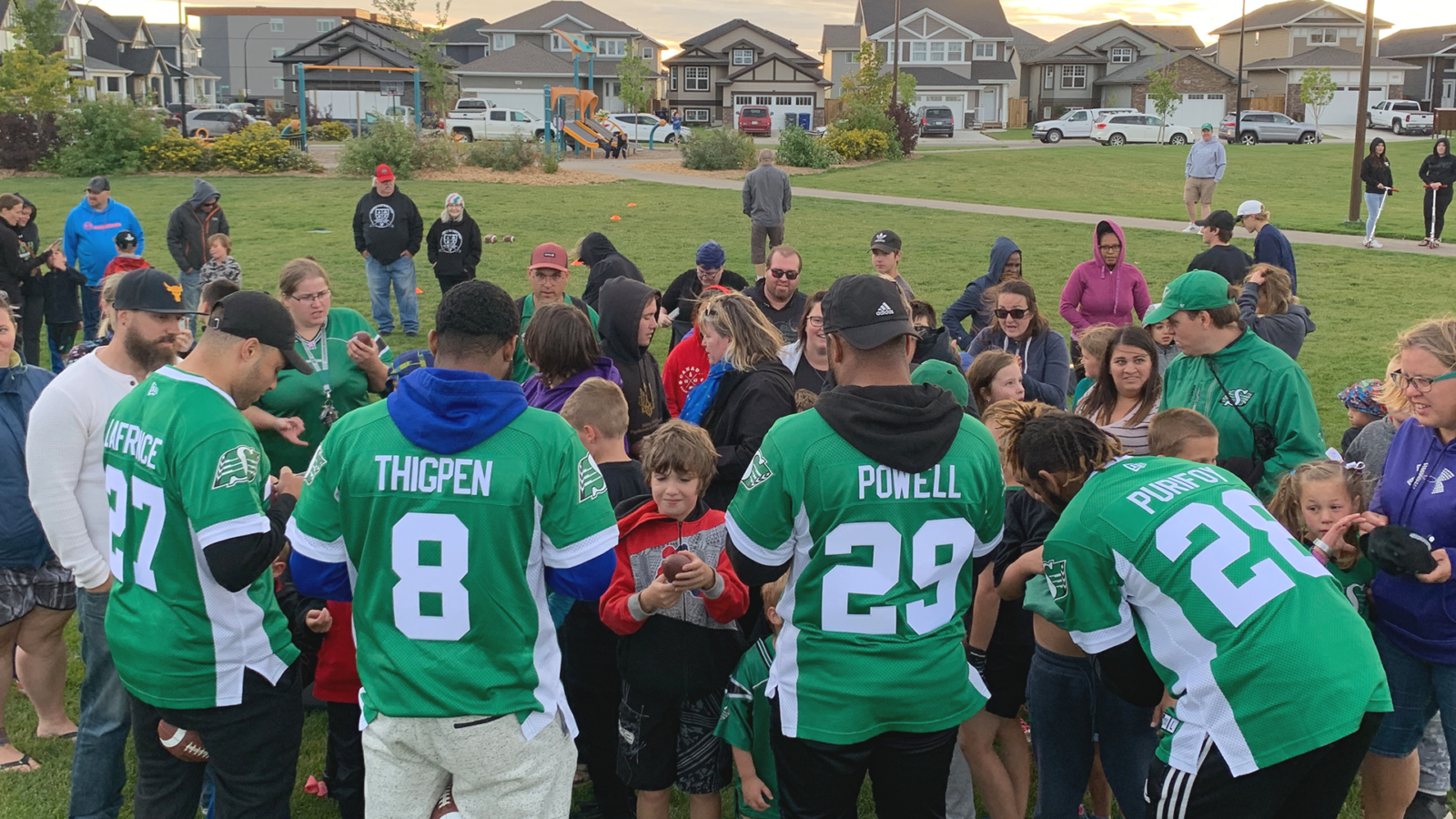 The Saskatchewan Roughriders were proud to make significant investments in youth and amateur football across the province in 2019.

“Investing in the province’s next generation is one of the most important things we do as the Saskatchewan Roughriders” said Roughriders President and CEO Craig Reynolds. “I’m extremely proud of the work we’ve done in the community this year, including introducing the game of football to inner city students and new Canadians as part of a new initiative called Grow the Game, making football accessible to children who may have never had the opportunity before.”

With the support of Football Saskatchewan, Grow the Game hosted two camps in 2019. The first brought several hundred students from all five North Central Regina schools to Mosaic Stadium to learn football from some of the Roughriders top performers. The second event hosted more than 40 new Canadians in a Pass, Punt and Kick event.

The Club also invested in the education of volunteer football coaches, hosted a football camp in Northern Saskatchewan, grew love of the game through the Pass, Punt and Kick and Fundamentals of Football programs and provided monetary support to grassroots and amateur football.

Fundamentals of Football presented by Dream