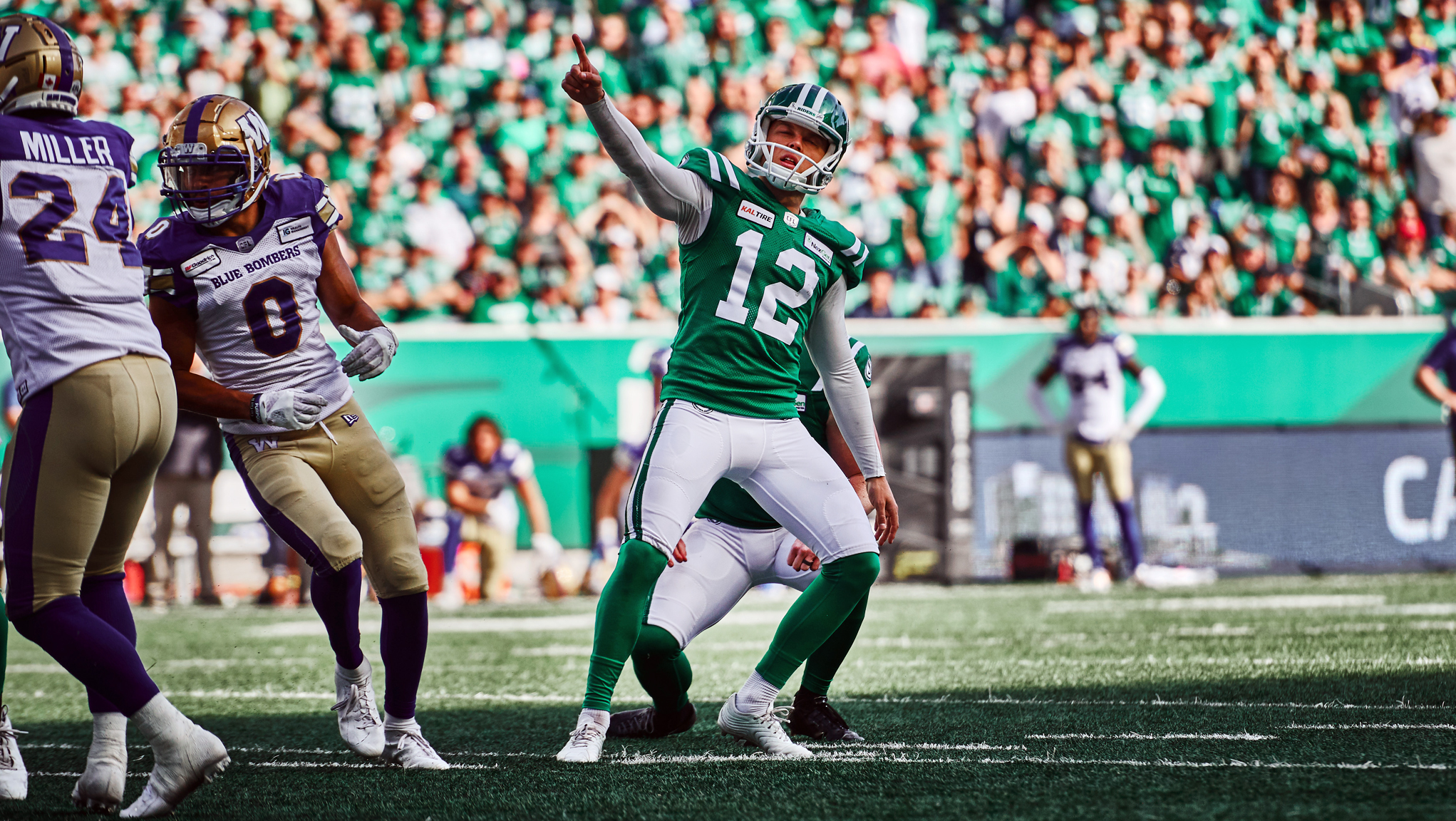 Brett Lauther doesn’t want to get too far ahead of himself, but the Saskatchewan Roughriders’ kicker almost can’t help it.

“I’ve got to train hard this off-season, go through camp, but it’s shaping up to (get to) come back and play a game in front of a lot of family and friends and just show off the maritimes and what the league is all about,” Lauther said from his hometown of Truro, N.S., which is about a 40-minute drive from Halifax.

Lauther and the Riders will make the trip to Halifax for the seventh installment of the CFL’s Touchdown Atlantic game on July 25, to face the Toronto Argonauts. The Argos are listed as the home team, but Lauther will have more homefield advantage than most.

“I’m definitely super excited. I don’t really know how else to put it, other than it’ll be one of those things that’s once-in-a-lifetime,” he said.

His focus will be on the game that week, but Lauther knows that there will be some other unofficial responsibilities that come with being a local for a neutral site game. He’s fully prepared to be his team’s unofficial tour guide for their time out east.

“I wouldn’t say (there’s) one thing in particular (to show the team) because there are so many things,” he said.

“(I want) everyone to see the downtown and what it’s like in the summertime on the boardwalk. It’s honestly just so unique, and such a different place in Canada, like nothing else I’ve been to.”

He pointed out the high bar per-capita rate — it’s fluctuated throughout the top-10 in the country over the last 20 years — and promised fans that would be going to the game that they’re set up for a great time.

“It’s just a place that you can explore and it’s kind of endless. There are awesome beaches out there, there’s everything. It’s kind of a hidden place in Canada,” Lauther said.

“I’m just excited for my teammates, my coaches, everyone from Rider Nation and the Argos. For anyone that comes out it’s just going to be an awesome and definitely unique experience. I can guarantee you there probably won’t be a bad thing said about it.”

Lauther admitted that given his path to this point in his career, the game will mean a lot to him. Lauther actually made his CFL debut at the Touchdown Atlantic Game in Moncton in 2013 as a rookie with the Ticats, but didn’t see the field much after that. After spending the 2014 season on Hamilton’s practice roster, he ventured out as a free-agent and didn’t find much demand for his services. Over the next four seasons there were short stints on practice rosters, including two with the Riders. He spent the entire 2016 season out of football, but continued to train in Truro.

He worked odd jobs — bartending, serving and helping his cousin with his roofing company — with his schedule built around training. At points he wondered if he was crazy, but he had encouragement along the way. There were coaches and GMs that would tell him as they were releasing him that he was close. There was his former Ticats teammate, Justin Medlock, who would tell him he was right there and just needed the right opportunity.

“I think my dad ingrained it in me at a young age that if you’re passionate about something and you want to go for something to go all-in and be confident in yourself and to not listen to others,” he said.

“Years and years passed and I felt like I could always do it.”

In 2018, after going through the Riders’ training camp, Lauther assumed kicking duties in the wake of Tyler Crapigna’s season-ending injury. He took his chance and ran with it. He made 54 of 60 field goal attempts and led all kickers with 195 points. At 28, he was named a West All-Star for the first time.

“It’s rewarding for yourself, but there were so many people that were with me out here, coming out to shag balls with me for years,” Lauther said.

“My dad saw how hard I was working and what I was doing, long days (and he) made sure we had time to get to the field and hit a few.

“When you’re not playing football and you’re not really starting a career either, you’re working odd-end jobs, this and that, it’s not easy. Roofing isn’t a career I’d recommend for anyone when you’re working other jobs too. It was definitely hard but it was something with football…my cousin was super supportive and gave me time off to train.

“Over the years there have been so many people involved with this and I just get to go out there and reap the rewards. But there are so many people that were with me along the way that I’m doing it for.”

They’ll no doubt be in the stands at Huskies Stadium this July, supporting one of their own. Lauther will be doing everything he can while he’s there to give something back to them.