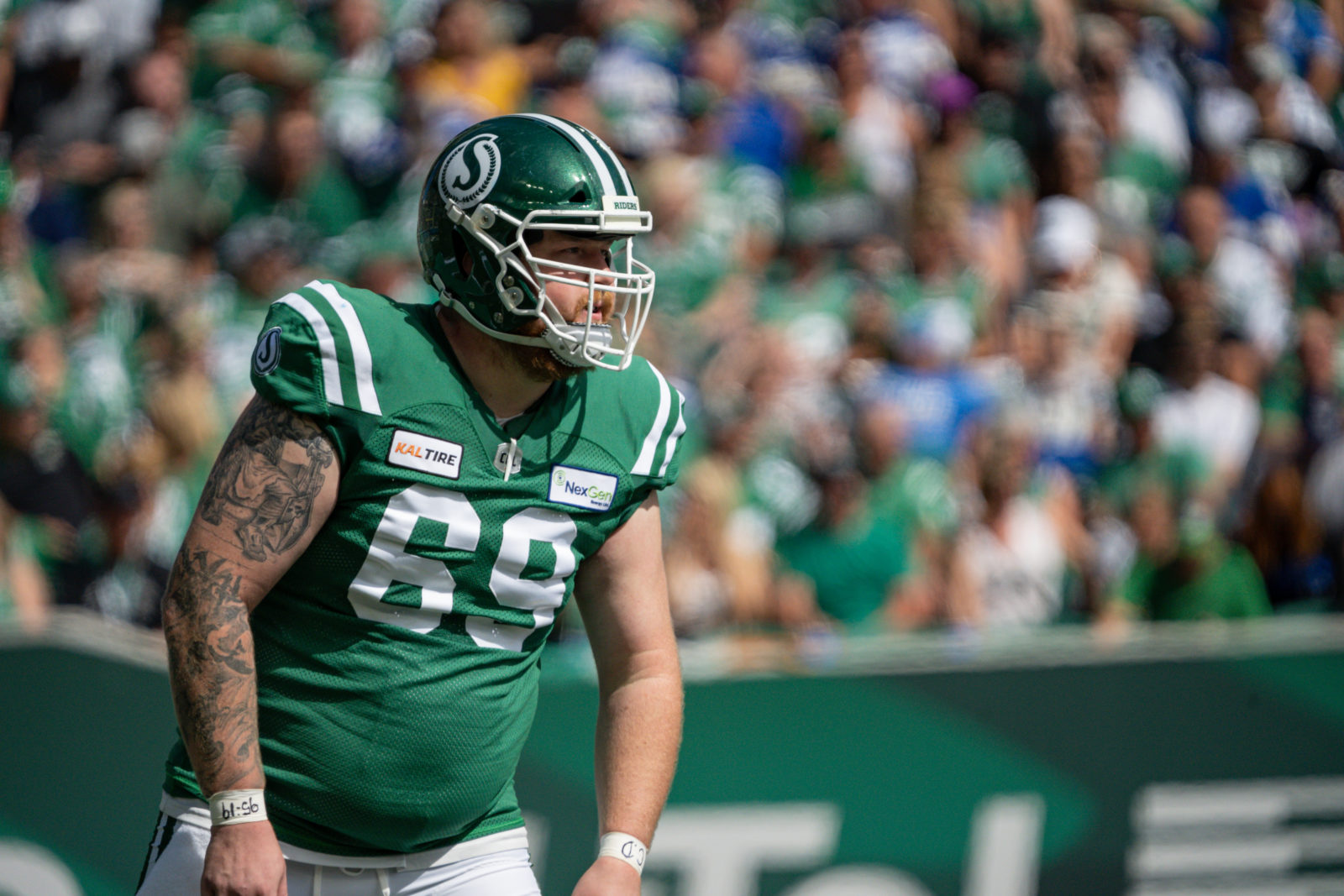 The Saskatchewan Roughriders take on the Winnipeg Blue-Bombers in CFL action on September 1st, 2019 at Mosaic Stadium in Regina, SK...Derek Mortensen/Electric Umbrella

Schram (6’4 – 312 lbs) returns for his third year with the Green and White after a strong showing in 2019 where he played in 10 regular-season games on the Riders’ offensive line. Schram was part of a nearly unmovable offensive line that only allowed only 37 sacks. The Alberta native played four seasons at the University of Calgary from 2013 to 2016, starting 31 games for the Dinos. He was named a Canada West all-star in 2014 and 2015 and was a first team U Sports all-Canadian in 2015. Schram was selected by the Hamilton Tiger-Cats in the 2nd round (13th overall) of the 2017 CFL Draft and signed with the Riders in July 2018.