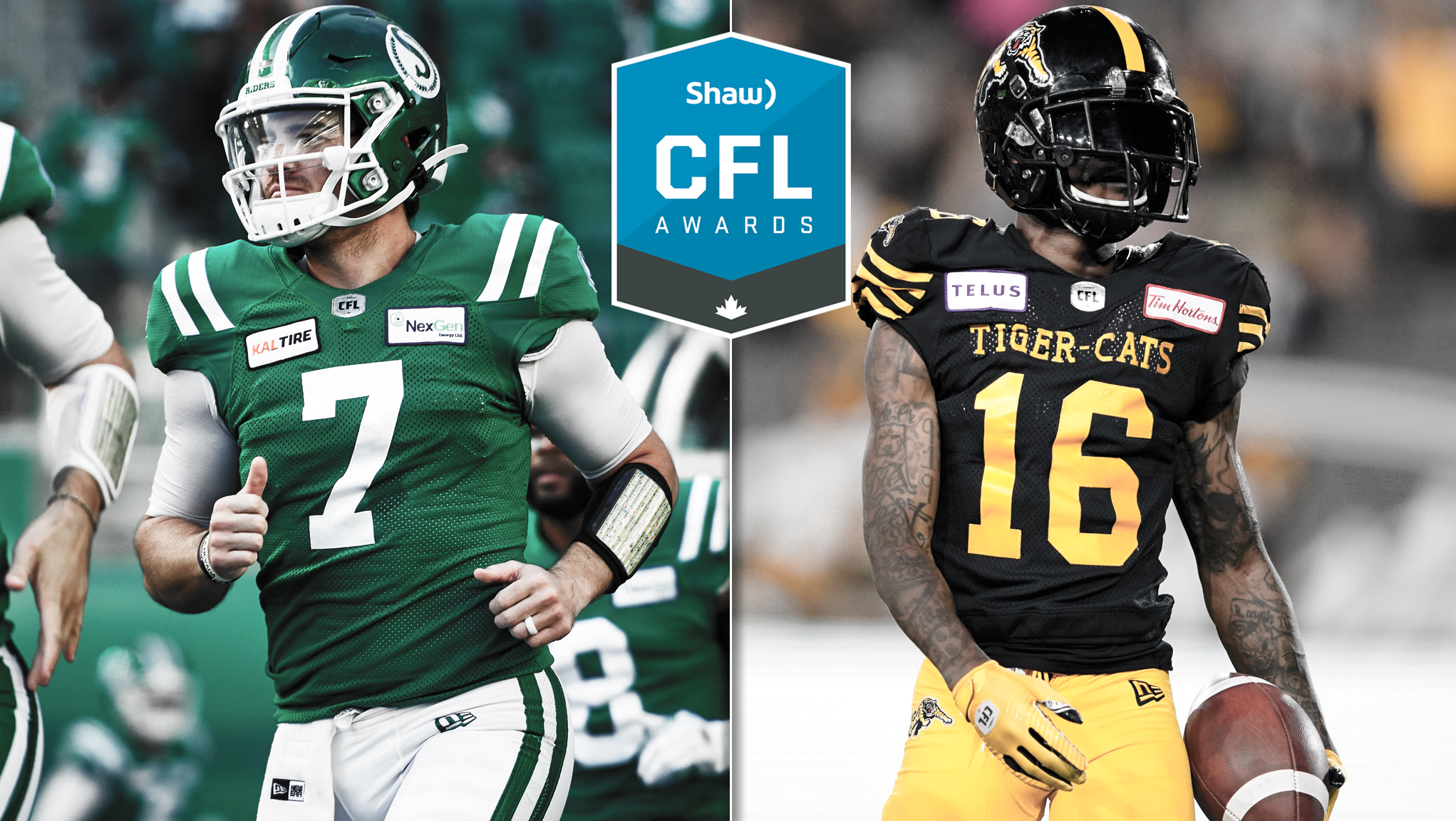 When this season started, Cody Fajardo was a quarterback with the Saskatchewan Roughriders.

Six months later, he’s THE quarterback for the Saskatchewan Roughriders and his life is infinitely different because of it.

He’s put the emotional letdown of Sunday’s Western Final loss on pause for now and as Grey Cup week plays out he’s starting to take some time to consider just what type of season he’s had. He came from pretty much out of nowhere in the CFL landscape to not only secure the starting QB job with the Riders, but a contract extension, the league lead in passing yards and finally was named the West’s Most Outstanding Player nominee.

This is his first Grey Cup week as a non-participant (he played on the Grey Cup-winning Argos in 2017). He has his father, Tim with him and they’re making certain to enjoy this week; even though he’s not playing on Sunday.

“I flew under the radar (until this year). Nobody really knew who I was,” Fajardo said.

“They just knew me as a short yardage guy, so no one was really inviting me to the Grey Cup for any experiences or any appearances.”

Over the course of the last six months, that’s all changed.

As his stature grew in Saskatchewan through this season, a local truck dealer set him up with a vehicle.

“That helped me out because I had an electric scooter for the first half of the season,” he said.

“I was driving that and then I was (thinking) ‘What am I going to do when it gets cold?’

“I was the backup in training camp and I was calling all of these auto dealerships trying to get a deal and they’re like, ‘We can’t do anything for you.’ Sure enough, you start playing well and people reach out to you.”

Stability is the hardest thing for a football player to find, but Fajardo’s contract extension — he signed a new deal in October that will keep him in Riders’ green through 2021 — gives him his first taste of it as a pro.

He joined the Riders as a free-agent in February, after spending the 2018 season in BC. He’d spent two years with the Argos before that.

“This is my first my first offseason knowing where I’m going to be and that’s huge,” he said.

He won’t be the only one that’s happy about a little security.

“It’s always such a stressful time because I would always tell her, ‘Look we might not get any calls. I’ve barely got any tape out there. People know what I can do short yardage. I’m 27, who wants a 27-year-old short yardage guy? (Teams) want younger guys that they can build around.’

“So this year we’re excited and we’re going to be able to enjoy our Valentine’s Day.”

When the end-of-year hardware is handed out at the Shaw CFL Awards on Thursday night, it’ll be a big night for the Riders. Their first-year head coach, Craig Dickenson, is up for coach of the year. Third-year linebacker Cameron Judge is up for Most Outstanding Canadian.

The QB-coach combo was an easy fit for the two and it helped set the season on the right track. When the Riders started 1-3, Dickenson found out quickly that Fajardo had his back.

“I’d have team meetings and I’d go over things and then I would read an article or see an interview with him later that day and he’d be saying the same exact thing. I really appreciated that.

“It told me that not only is he a team guy with his teammates, he’s also a team guy in terms of our philosophy and in our culture. He’s believing in it enough to repeat it, write it down and actually live it. I thought that was really great.

Who is up for awards?
Cody Fajardo and Brandon Banks headline a star-studded group of nominees looking to secure hardware tonight.  Here is a look a those up for awards … READ MORE.

“When I saw our quarterback taking notes at team meetings, paying attention when we’re showing special teams clips and trying to learn them and trying to do things the way we want to do, I knew we had a chance. When your best players are also your best leaders, you have a chance to be successful on the field.”

The Riders went 12-2 the rest of the season as Fajardo flourished under centre.

“I feel like myself I’m very positive guy, so it’s always tougher to get a head coach who sees differently or has a different coaching style than your quarterback. You kind of go head-to-head.

“He has been so, so tremendous in my development, not only as just a quarterback but as a man, understanding the CFL game, he’s so knowledgeable.

“The best thing that I took away from him is to be where your feet are. Don’t look at the future, just be where you’re at, enjoy the moment and I’ve tried to do that.”

Shaw CFL Award winners to be announced Thursday in Calgary

The Football Reporters of Canada, along with head coaches across the CFL have voted and the results will be broadcast live tonight on CFL.ca. The Shaw CFL Awards will livestream at 9:30 PM ET from the Scotiabank Saddledome in Calgary.

Fajardo (West) and Hamilton Tiger-Cats receiver Brandon ‘Speedy’ Banks are up for Most Outstanding Player. Both are first-time nominees for the award.

There’s a Grey Cup flavour to many of the finalist match-ups. That starts with Most Outstanding Defensive Player, where Winnipeg defensive end Willie Jefferson is up against Hamilton linebacker Simoni Lawrence. The Nissan Titan Most Outstanding lineman award pits Hamilton’s Chris Van Zeyl against Winnipeg’s Stanley Bryant. The Most Outstanding Special Teams Player award has Mike Miller of the Blue Bombers facing Tiger-Cats’ returner Frankie Williams.

In addition to competing for the ultimate prize on Sunday, Winnipeg Blue Bombers defensive end is looking to start the week right by taking home the league’s Most Outstanding Defensive Player honour (Geoff Robins/CFL.ca).

The Coach of the Year award will go to a first-time head coach. Dickenson came through his rookie season patrolling the sidelines to meet a fellow rookie, in Hamilton’s Orlondo Steinauer. The Ticats posted a franchise-best 15-3 record this year and improved to a perfect 10-0 at home this year after Sunday’s win over Edmonton in the Eastern Final.