Fajardo rises to the occasion in road win over Esks 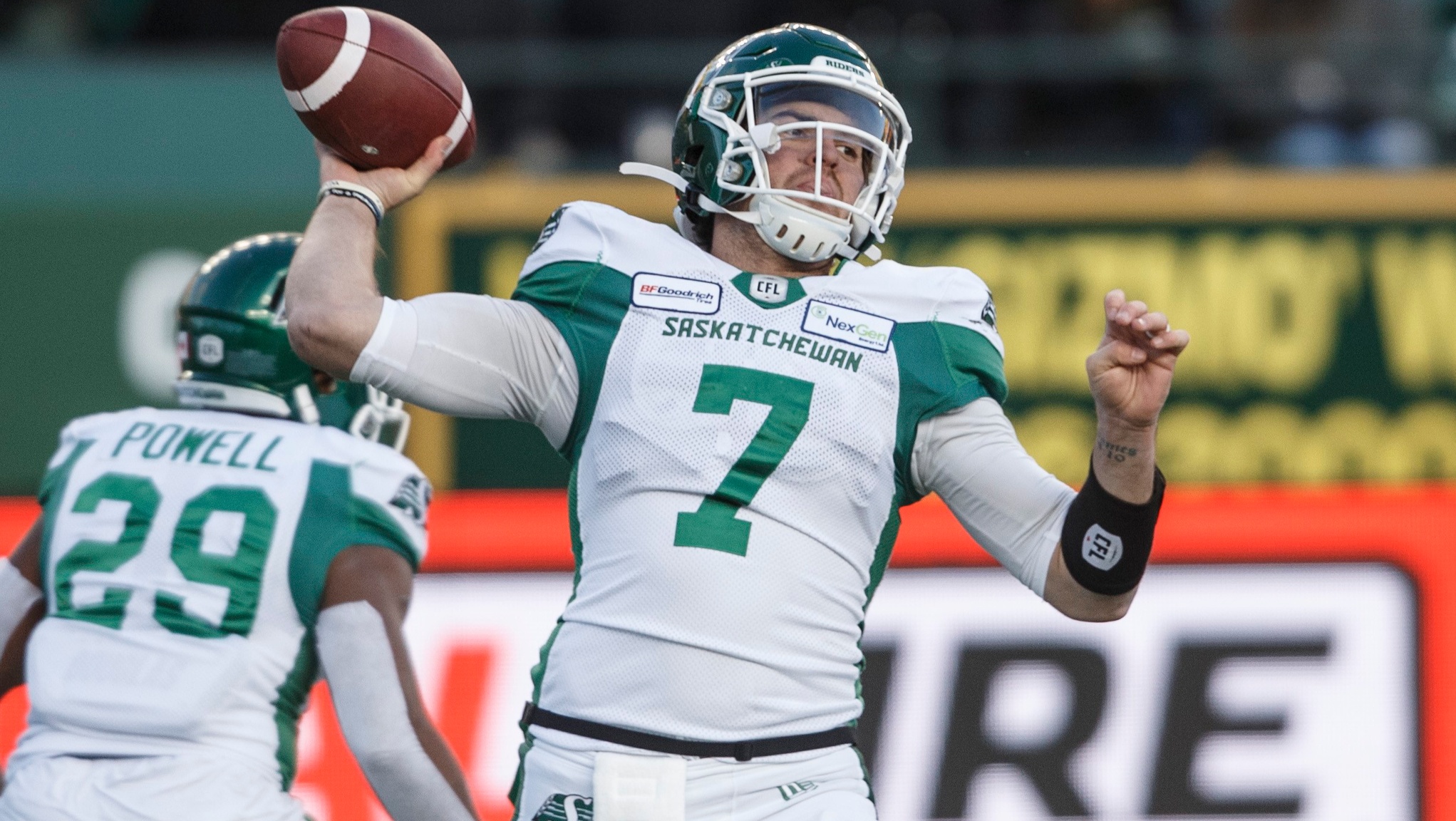 Fajardo rises to the occasion in road win over Esks

EDMONTON — Brett Lauther kicked his second walk-off field goal of the season to lift the Saskatchewan Roughriders over the Edmonton Eskimos with a 27-24 road win in Week 20, but it was the play of starting quarterback Cody Fajardo that brought the team back from behind and gave them a chance to win.

Fajardo threw for over 400 yards for the second time this season while erasing a 14-point deficit and bringing the Riders one step closer to hosting the Western Final. The Riders sit atop the West with a 12-5 record after a successful three-game road trip and appear poised to win the division.

The Riders started out slow against Edmonton, but Fajardo and his top two receivers took over in the second half to lead the comeback and propel the team to victory. Shaq Evans and Kyran Moore combined for an incredible 333 receiving yards in the win, and Evans had three catches over 30 yards. Evans is now up to 1,320 receiving yards on the season to go along with five touchdowns.

“I’m going to call Shaq our flint,” Fajardo said of his leading receiver. “He just sparks us and gets us going anytime we can get him a ball down the field and he makes a play. Shaq had a tremendous game.”

Fajardo now leads the league in passing yards with 4,302, something the 27-year-old quarterback said he is not used to. Fajardo racked up 3,482 rushing yards in four seasons at the University of Nevada, but he continues to progress as a passer with each game as a CFL starter.

“I’ve been a runner my whole life, so usually I run for more than I pass,” Fajardo said. “It’s been great. I mean sometimes it calls for throwing the ball, and that was the case tonight. With all the pressure they had, we had to get the ball out of our hands.”

Fajardo said he felt nerves heading into the important road game against the Esks, but the team rallied together and came from behind with Fajardo leading the charge. Fajardo has now thrown nine touchdowns against just one interception his last six starts.

“We knew it was a big game,” Fajardo said. “For me personally, I felt a lot of nerves in this game. I don’t know why, I mean obviously the contract stuff and Calgary losing helped us. But at the end of the day when you got guys in that locker room that are willing to battle for you every down, it’s easy to jog out on that field knowing that they love you and they’re going to give everything they got.”

The Riders recently signed Fajardo to a contract extension that will keep him with the team through 2021, and he said he wanted to continue showing his value with a big performance in a pivotal game.

“Anytime a team invests in you, you want to go out there and show that you can do it,” Fajardo said.

“Cody was bang on,” Riders head coach Craig Dickenson said of his quarterback. “I thought the receivers made plays. I really felt like everybody had timely contributions across the board.”

The Riders will now prepare for their regular season finale against Edmonton, this time hosting the Esks at home in Regina. But Fajardo said he knows the rematch will present a tougher challenge.

“It’s always hard to play a team back-to-back, especially as an offence,” Fajardo said. “The defence has the advantage usually when you’re playing a back-to-back team. We just got to go out there, execute our game plan. We can’t make it bigger than what it is.

“It’s a must-win for us, all these games are must-wins. It’s really helping us experience-wise down towards the playoffs understanding that these are big games, and a guy like me who’s in my first year starting, I need all the experience I can get.”

Sutton: ‘I feel like everything has come full circle’