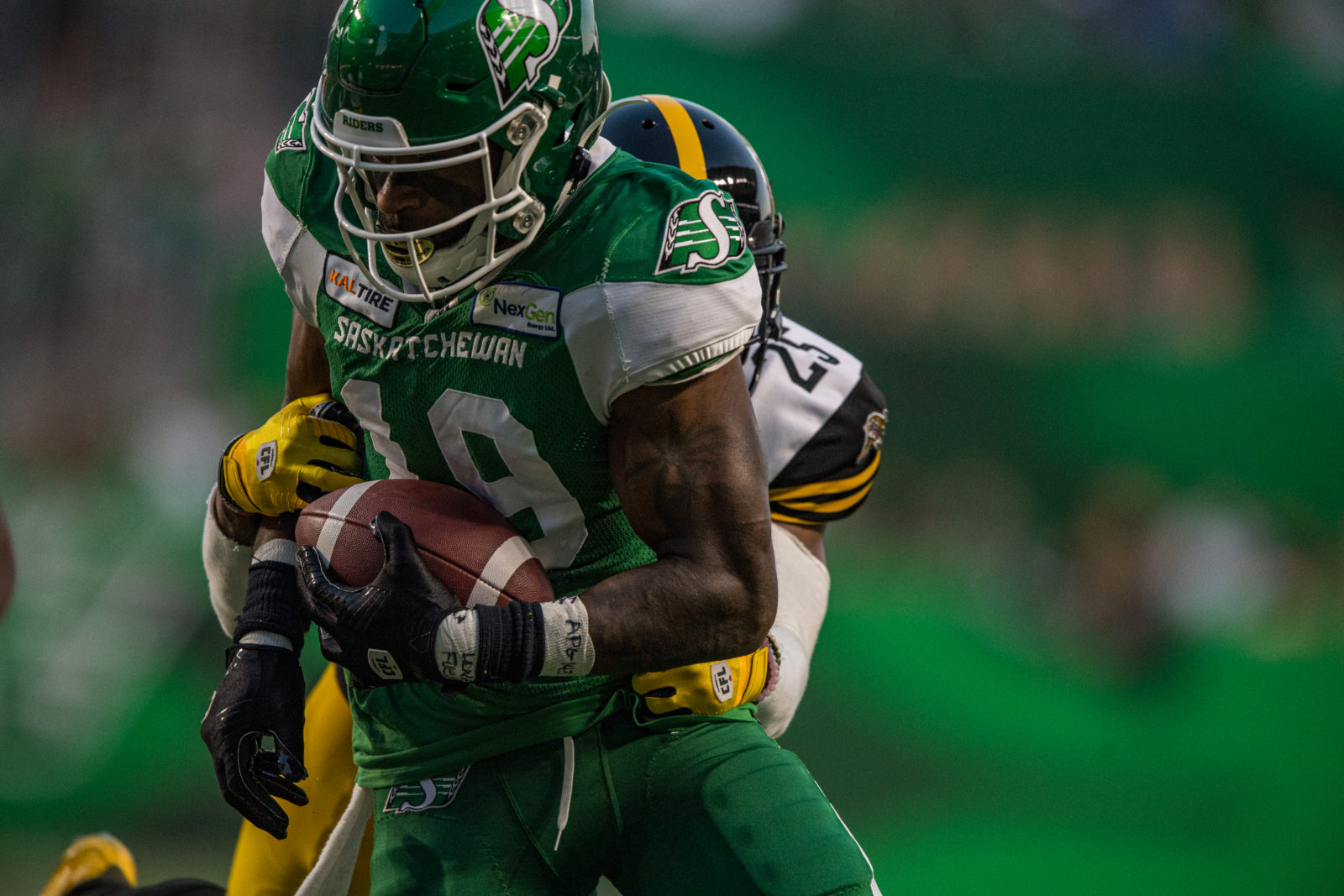 REGINA – The success of a collective can only go as far as its character will allow. For the Green and White, that makeup has developed since Victoria Day weekend.

Take it from Riders wide receiver Cory Watson. The 35-year-old veteran of the CFL is no stranger to the peaks and valleys of a career. He has played for basement-dwelling teams, and Grey Cup champions through his 10 CFL seasons as a member of Winnipeg, Edmonton, BC, and now the Roughriders.

When it comes to judging the talent level of a football team, one could say Watson’s experience in the CFL gives his word credibility. So far, in his first year as a Rider, he has liked what he has seen.

When asked what qualities have contributed to the success of the Riders in their 11 wins so far, Watson pointed to the team’s stick-to-itiveness.

“We have a lot of resiliency on this team, a lot of moxie,” Watson said. “When things get tough, we continue to pave the way and don’t lose our composure. We pound at the rock, that’s it.”

When looking at the Riders’ record, a specific moment of resiliency sparked confidence and led to a string of wins. 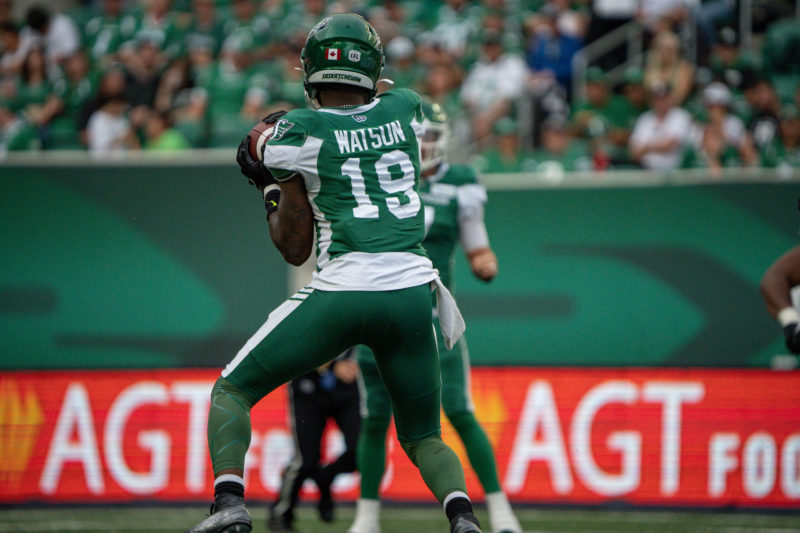 Ahead of a July 20 contest against BC, Saskatchewan was 1-3 coming out of the schedule’s first bye week. They had just suffered a lopsided 37-10 loss to the Calgary Stampeders at Mosaic Stadium, and needed a rallying moment.

The Riders trailed at different times during the game, most notably in the third quarter after a Sergio Castillo field goal. That resiliency kicked in during the second half, and Saskatchewan pulled away for a 38-25 win.

“We were kind of in a little bit of a rut,” said Riders QB Cody Fajardo after the July win over BC. “A couple two-and-outs, and we weren’t as good as we wanted to be on second down.”

Fajardo said halftime allowed them to settle down, re-group, and get back into the drivers’ seat. In the first pressure test of the season, the starter said he loved how his team responded.

It proved to be a team-defining win. After that, the Riders bested the Lions again in Vancouver, and have been 10-2 since that see-saw win in late July.

Once the Riders established themselves as a force in the CFL’s west division, the Riders turned their focus to preparing for the playoffs. It continues now, with a pair of games against Watson’s former team in Edmonton.

He says game results matter, but preparation for the ultimate goal – another championship – matters more.

“We don’t want to be playing bad football going into the playoffs – that’s the number one thing,” he said.

The reason for the group’s focus? Selflessness. Watson says that quality in his team’s deep group of receivers has kept the team concentrated.

“I see guys giving up plays, guys who are giving opportunities to others in order for us to move forward to where we want to be.”