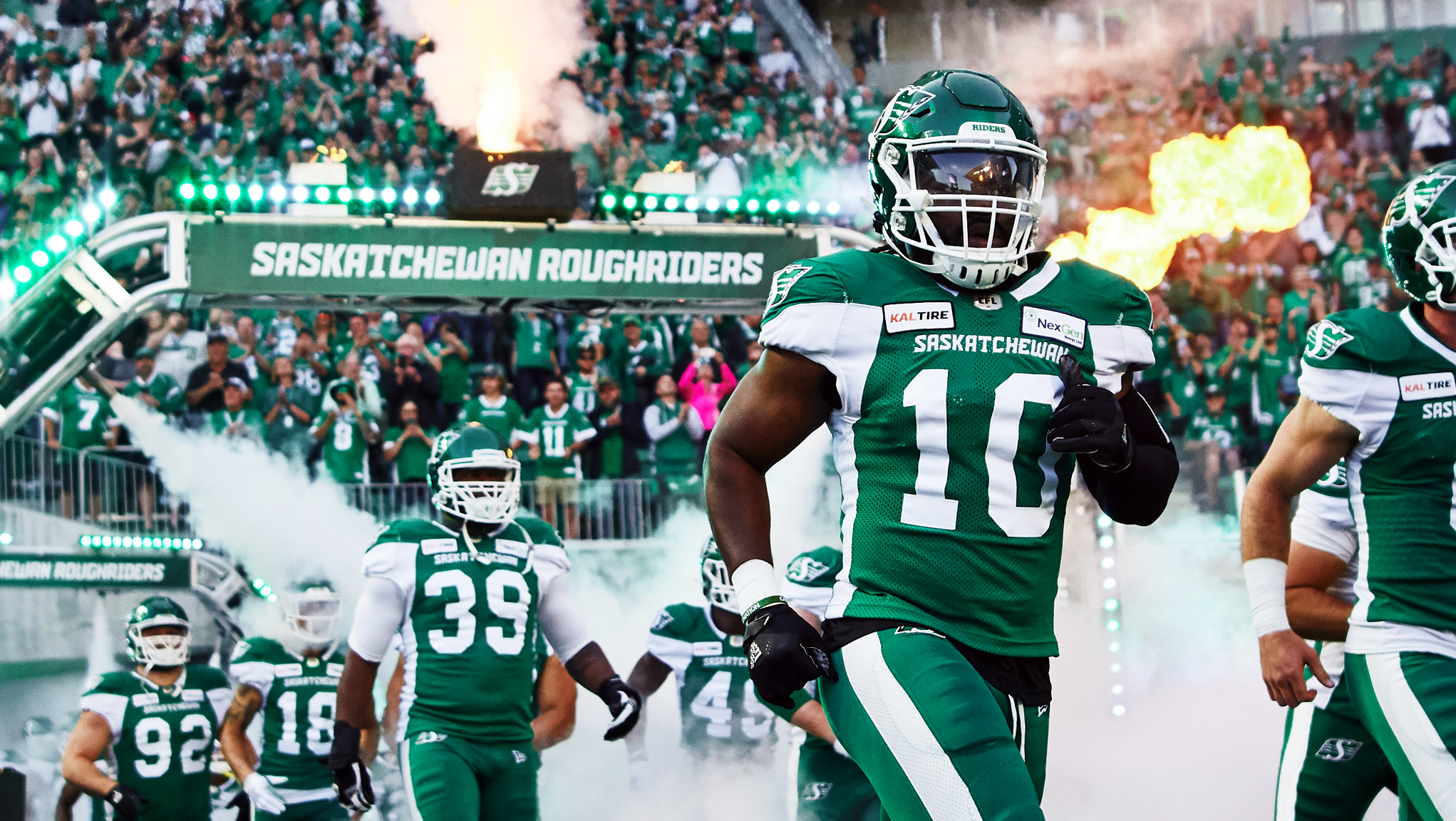 It didn’t come as a surprise for Solomon Elimimian that from the moment he signed with the Saskatchewan Roughriders the doubters began to talk.

Some said Elimimian was injury-prone. Others speculated he had lost a step. There was chatter the veteran middle linebacker was past his best-before date.

Hearing the criticism was nothing new for Elimimian.

“Honestly, there has always been doubters,” he said.

Methodically the 33-year-old who was born in Nigeria and grew up in Los Angeles ticked off the list. In high school, he was named the best defensive player in Los Angeles but had only one scholarship offer. He set records at the University of Hawaii, and still holds the school record of 434 tackles in 51 games, but wasn’t drafted by the NFL.

Some people thought his career might be over when he suffered an Achilles injury in 2015, but the next year he returned to lead the CFL with 129 tackles. He set the league record of 144 tackles in a season in 2017.

“My pop always said ‘son, there’s going to be doubters, that’s just life,’” said Elimimian. “’Don’t worry about what people say, you worry about the work you put in.

Elimimian led all players with nine tackles, including one sack, in Saskatchewan’s 27-19 victory over the BC Lions last weekend. The win improved the Riders to 11-5, inched them closer to a home playoff game, and kept them in the hunt for first place in the West.

Saskatchewan wraps up the season with a home-and-home series against the Edmonton Eskimos, beginning Saturday at Commonwealth Stadium.

“I know we have a good team,” said Elimimian. “I’m playing with some great players. We have some real potential here. I don’t want to see it go to waste. I’m just confident and excited about where we are as a team.”

A calf injury kept Elimimian out of Saskatchewan’s first three regular-season games but he’s now ranked third in the CFL with 82 tackles, including four sacks.

Like a student enrolled in a new school, it took Elimimian time to adapt to new teammates and a different defensive scheme in Regina.

“I’ve always been one big on film room study,” he said. “Being on a new team, learning new terminology, it naturally took some time to adjust.

“He’s a hardworking guy,” said Dickenson. “You can see the difference he makes on the field.

“The guys really trust him and believe he is going to get them lined up correctly. He’s going to make plays when he has the opportunity.”

Linebacker Cameron Judge said Elimimian’s experience is another arrow in the Riders’ quiver.

“He’s been around the league for a while,” said Judge. “He knows the tendencies of a lot of the coordinators he’s played against.

“He’s always talking. Even if you know what to do it’s nice to get a reminder.”

Quarterback Cody Fajardo said Elimimian has been an unexpected resource during his first full year as a starter.

“There were times early on in the season when he would pull me aside and say ‘what did you see there,’” said Fajardo.“Any time you get feedback from a guy like that, who has seen almost every single offensive play or offensive scheme that you can put out there, it helps.”

Considered too small and too slow by some football people, the six-foot, 225-pound Elimimian spent nine years with the Lions. He was the league’s top rookie in 2010. In 2014, he became the first player to be named both Most Outstanding Defensive Player and Most Outstanding Player. He earned the defensive MOP again in 2016.

Elimimian has been a CFL All-Star four times and a West All-Star five times.

In 2018, a wrist injury limited Elimimian to just four games. He was released by the Lions this year and signed by the Riders.

He’s a hardworking guy. You can see the difference he makes on the field. The guys really trust him and believe he is going to get them lined up correctly. He’s going to make plays when he has the opportunity.

When your old team is 5-12 and out of the playoffs it would be easy to gloat.

“I have actually got over that,” said Elimimian. “I’m not with the BC Lions no more. I’m enjoying football again, I’m having fun. It’s a new experience, a breath of fresh air.

“I’ve still got some really good friends over there. That’s the business we are in. You move on and do the best you can. I don’t wish bad on anybody. I just wish for our team to win a Grey Cup. If them losing makes us win a Grey Cup, yes, I’m happy. But (I have) no axe to grind with anybody on that side. It’s life and you move on. At the end of the day, my resume and what we do as Saskatchewan Roughriders will speak for itself.”

Elimimian was in his second CFL season when the Lions started 2011 with a 0-5 record but grouped to win the Grey Cup. He has fond memories of that year but hasn’t played for a championship since.

“Maybe I was a little too young to understand how much it meant,” he said. “I honestly thought we had the team to win it another year or two.

“That’s time I can’t get back. But I tell myself if I’m fortunate enough to win one more I’m really going to enjoy it. The money comes and goes, even the ring, you might misplace, but it’s those memories that are forever. That’s what I want us to experience here in Saskatchewan.”