Fajardo: ‘If we’re going to win a Grey Cup, we have to finish in the red zone’ 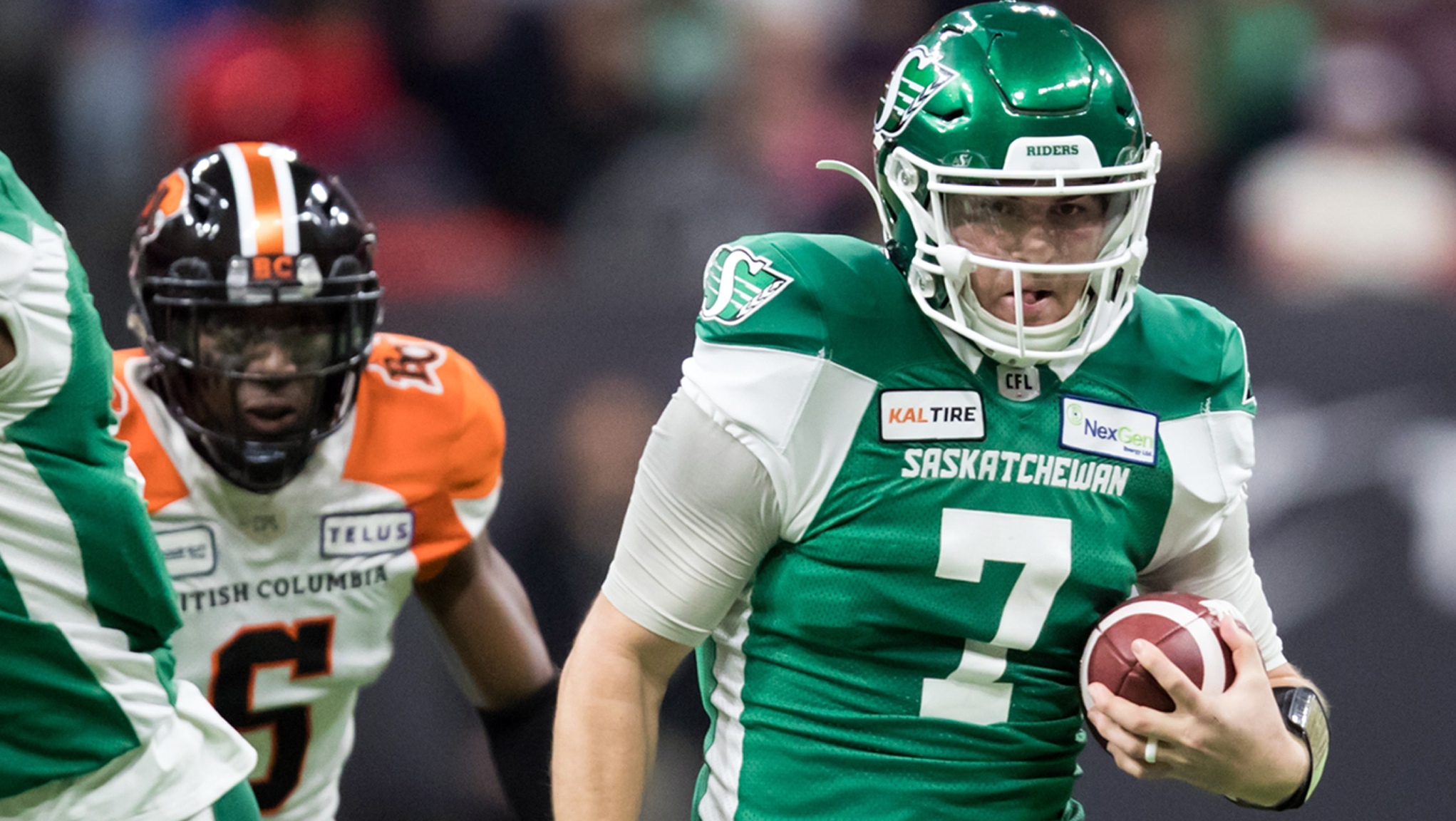 Fajardo: ‘If we’re going to win a Grey Cup, we have to finish in the red zone’

Three of those came with the line of scrimmage being on the 20-yard line or shorter, which didn’t sit too well with Saskatchewan’s quarterback.

Cody Fajardo felt those drives should have been ending with touchdowns.

“It was frustrating,” Fajardo said following the game despite winning 27-19 over the BC Lions.

“It was just a frustrating offensive night.”

Fajardo finished the day with 224 yards through the air while completing 21 of 27 pass attempts. He also threw for a touchdown.

“We just tried to play to our standard. I don’t feel like we did at times, but I do feel like we worked hard. We just didn’t play as sharp as we wanted. The message to the guys was ‘be happy with the win, but let’s work to improve.”

William Powell came close to surpassing the 1,000-yard rushing mark for the season. He’s now three yards away from the achievement, which would mark the third straight season he would have done so.

Saturday did mark a milestone, however. Naaman Roosevelt clinched his first 100-yard receiving game for the season. He caught seven passes for 106 yards on Friday against the Lions. The last time he hit the century mark was on Sept. 22 of last season.

Defensively, the Roughriders seemed to be running on all cylinders. They managed to tally six quarterback sacks, two forced fumbles, as well as an interception at the end of the game to seal the victory.

There’s two games remaining on the Roughriders schedules before playoffs get underway.

Next week, they’ll be in Edmonton to take on the Eskimos. The following week, the Riders will then turn around and play host to the very same team. Whether or not the Riders will be spending the first week of the playoffs resting up, or whether they’ll be looking to further extend their season has yet to de determined.

One thing’s for sure; Fajardo knows they have to play better.

“We found a way to win on the road, which is great. We have to keep pace in the West. It was just a frustrating night. If we’re going to play like that then we’re not going to get to where we want to get.”