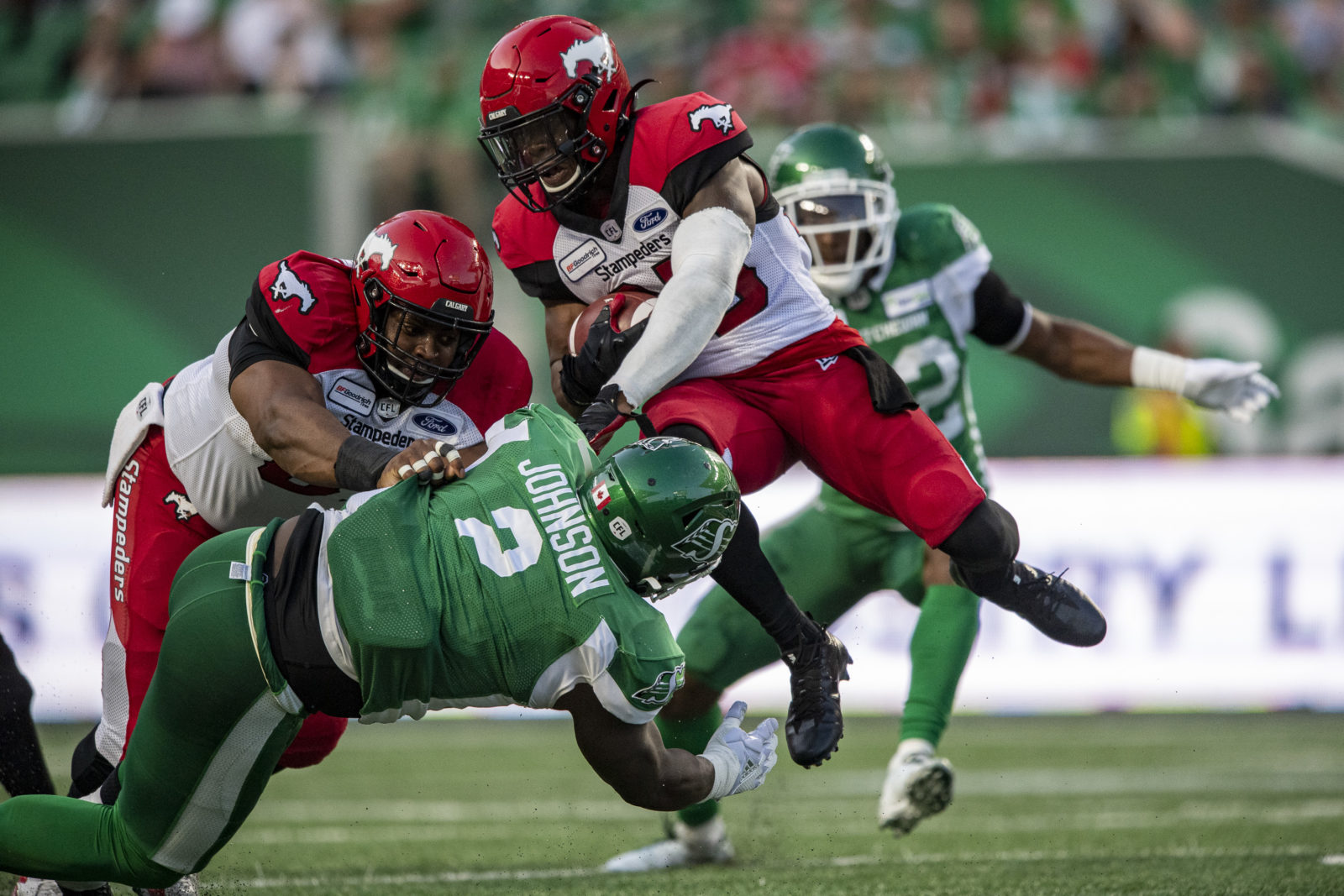 The Saskatchewan Roughriders take on the Calgary Stampeders in CFL action on July 6th, 2019 at Mosaic Stadium in Regina, SK. Liam Richards/Electric Umbrella

REGINA – It was a tough night for the Green and White as they squared off against the reigning Grey Cup Champion Calgary Stampeders.

Quarterback Nick Arbuckle, in for an injured Bo Levi Mitchell, made the most of his opportunity leading the Stamps to a 37-10 victory.

The Roughriders now fall to 1-3.

“Calgary has been the team to beat… and they have been the team to beat in the CFL,” Ed Gainey, Saskatchewan defensive back, told the media. “They’re like the (New England) Patriots of this league. It seems like they can never do wrong no matter who’s in the game. They always find a way to get it done.”

Roughriders quarterback Cody Fajardo couldn’t continue his solid play from the previous two games. He struggled against the defending Grey Cup champs and completed nine of 15 pass attempts for 89 yards. He was intercepted twice before he was replaced with Isaac Harker in the fourth quarter.

In his first two career starts, Fajardo threw for 790 yards, including 430 yards just five days ago in a win over the Toronto Argonauts.

Fajardo credited a strong Calgary defence that “made him uncomfortable.”

“I put this game on me,” he said. “I definitely underperformed. I turned the ball over twice, which is a no-no in this league. I scrambled a little bit when I didn’t have to.”

The Riders will have an extra week to correct their mistakes. They’re on a bye week before they return July 20 to host the B.C. Lions.

—With files from The Canadian Press