Cody Fajardo Making The Most of His Opportunity 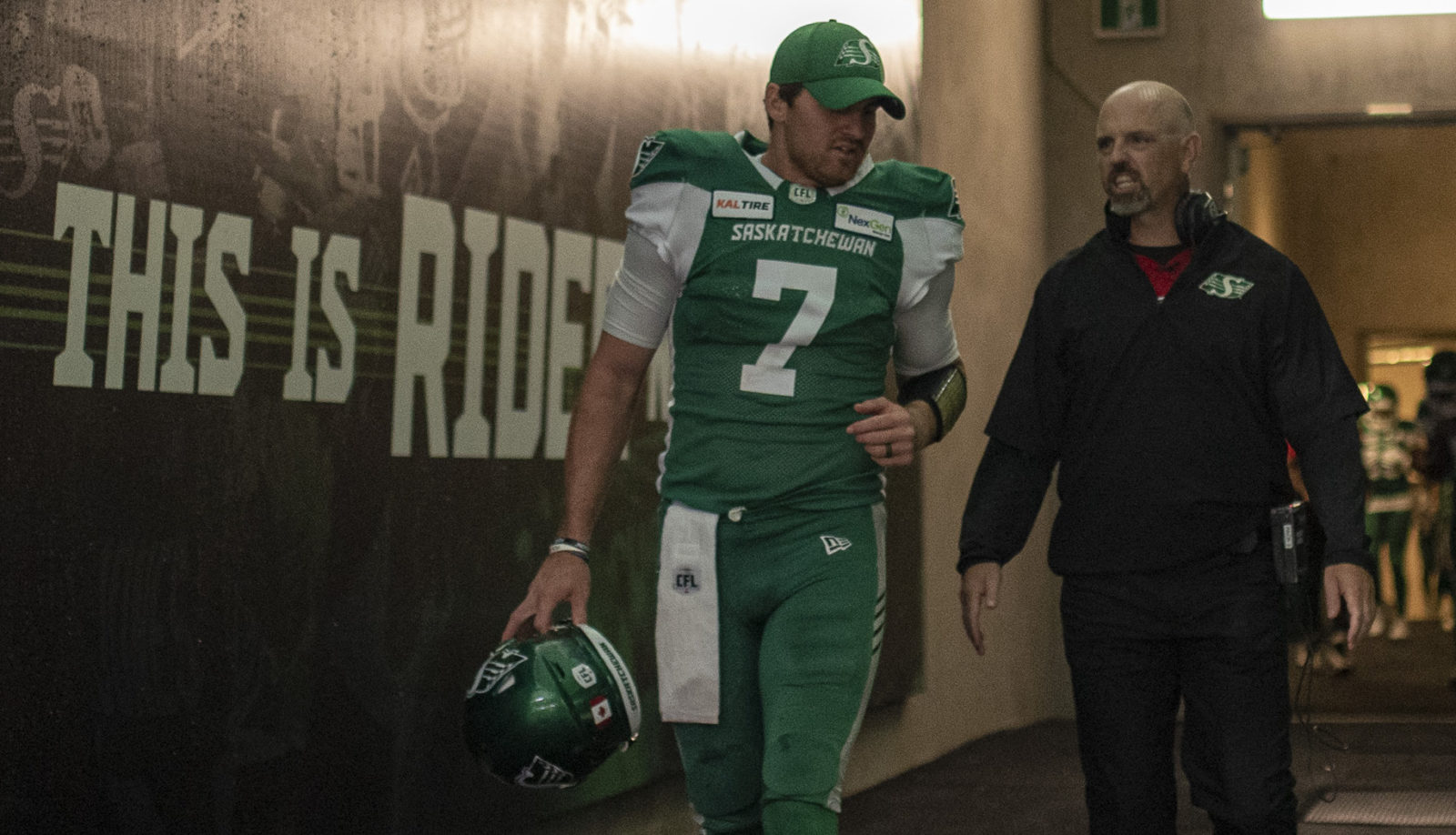 Cody Fajardo Making The Most of His Opportunity

REGINA — Cody Fajardo’s stock continues to rise, and with it so do the Saskatchewan Roughriders.

Fajardo enjoyed his best game as a professional, both from a personal and team standpoint, in leading the Riders to a 32-7 victory over the Toronto Argonauts.

In just his second career start in the CFL, Fajardo threw for career-best 430 yards and two touchdowns and Saskatchewan earned its first win of the season. It was Fajardo’s first win as a starting quarterback.

“He’s getting an opportunity and he’s making the most of it,” said Saskatchewan’s Craig Dickenson, who also picked up his first win as a head coach.

The Riders improved to 1-2 and will host the Calgary Stampeders on Saturday. Toronto, now 0-2, returns home to take on the B.C. Lions.

Fajardo took over the No. 1 quarterback role in Week 1 in Hamilton after Zach Collaros was knocked out of that contest in the first quarter.

As a backup in Toronto and in B.C., the past two seasons, Fajardo has been lights out in Saskatchewan.

The Riders offence produced 501 yards net offence against Toronto. A week ago, in a 44-41 loss to the Ottawa Redblacks, Fajardo and the Saskatchewan offence had 468 total yards. Fajardo has thrown for 790 yards in those two games.

“When you’re a backup for so long, you get to see things and you’re not thrown into the fire,” he said.

“Being able to sit behind guys like Ricky Ray and (Travis) Lulay, I’ll say this until the end of my career, those guys really helped me out and helped me stick in this league.”

Fajardo won a Grey Cup title while with the Argos in 2017.

“We’re pretty hot right now. Things are clicking for us and we’re finally starting to come together,” added receiver Kyran Moore, who led the Riders with 127 yards and one touchdown, a 98-yard score in the first quarter.

It was the second consecutive game both Moore and Shaq Evans had more than 100 receiving yards in the same game. Evans caught five passes for 112 yards.

Moore and Cory Watson caught touchdown passes from Fajardo in the first half.

Fajardo also had a rushing major in the second quarter as the Riders built a 25-0 lead before a two-hour and three-minute weather delay chased both teams to their respective locker rooms with 1:39 to go.

As the Saskatchewan hits its stride, the Argonauts remain a work in progress on offence.

For the second consecutive game, the Argonauts offence sputtered with quarterback James Franklin at the controls.

Franklin was intercepted twice by the Riders – including once in the end zone – and managed 224 yards passing on 20-of-28 attempts.

Toronto was blown out 64-14 in its first game of the season by the Hamilton Tiger-Cats. The Argos offence managed just 287 yards in that contest.

“We have to get in that film room and turn this L into a lesson and figure out what mistakes we’re making,” said Argos running back James Wilder Jr., who had 99 total offence. “We’re doing a lot of shooting ourselves in the foot and just have to get it fixed.

“We need some consistency. We’ll have four or five good plays and then we’ll have a protection issue or a dropped ball from me. We need to finish drives and not have so many two-and-outs that put our defence in tough positions.”