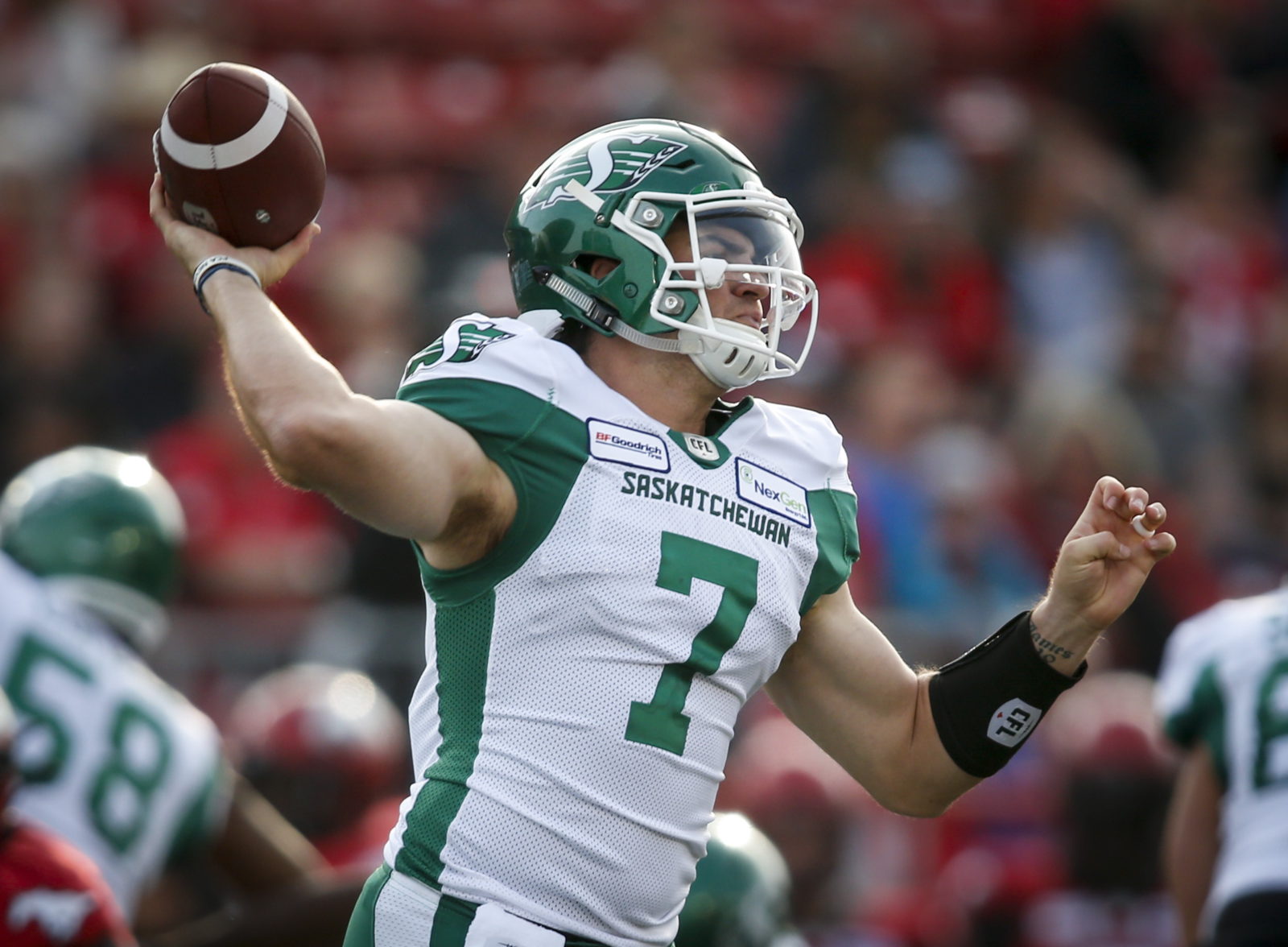 REGINA — The Saskatchewan Roughriders are set for their first home game of the 2019 Canadian Football League season on Monday, as they host the Toronto Argonauts at Mosaic Stadium on Canada Day.

Both teams are searching for their first win of the season. The Riders dropped their first two games of the season against the Tiger-Cats and REDBLACKS, while the Argos suffered a one-sided defeat at the hands of their QEW rival Hamilton Tiger-Cats.

The Double Blue are hoping to put last week’s 64-14 loss behind them.

“The biggest thing is our focus and us making sure that we do what we need to do,” Argonauts head coach Corey Chamblin told Argonauts.ca. “Each week you’re going to face an opponent that has some kind of adversity or some kind of storyline that will help them be hungry. But at the end of the day, it’s about how hungry we are to get in that win column.”

Meanwhile, Riders head coach Craig Dickenson wants his team to get off to a good start, quickly.

“Every game, especially at home, get the crowd involved in the game early and try to put some doubts in (Toronto’s) minds early on.”

Toronto will trot out James Franklin at quarterback for Monday’s game. The Missouri alum threw for 211 yards in the loss to Hamilton, completing 16 of 26 passes and also throwing an interception. After attempting just four passes in the pre-season before a Week 1 bye, the opener was a rude welcoming to the season for the 27-year-old, who was under constant pressure from the Ticats’ defensive front.

The Argos’ offence could muster only 287 yards of offence and 16 first downs, while running back James Wilder Jr. was held to 12 yards on just six rushing attempts. Marquee off-season addition Derel Walker had 67 yards on four catches, including a 42-yard catch in the second half.

Franklin will go up against former Argo Cody Fajardo, who will make his home debut. Despite losing to Ottawa last week, Fajardo threw two touchdowns for 360 yards.

Fajardo takes the place of the injured Zach Collaros, who was placed on the six-game injured list following Week 1. Now on his third CFL team, Fajardo looks to build on his performance by following through on a key component.

“Coach (Stephen) McAdoo preached all week and the last couple years when (Saskatchewan) has played Toronto is they’ve run into trouble with turnovers,” Fajardo said. “So, we’ve been preaching all week to protect the football and end each drive with a kick, that means punt, field goal, or a kick.” Fajardo said.

Fajardo, however, still won’t have receiver Emmanuel Arceneaux available to him. The Louisiana native practised this week, but is still on the team’s injured list. Arceneaux suffered a torn anterior cruciate ligament last season while still with the BC Lions prior to signing with the Riders in February. Fullback Albert Awachie is also unavailable and has placed on the six-game injured list.

The Riders also made a change to their offensive line. Terran Vaughn will start at right tackle in place of veteran Thaddeus Coleman. Vaughn played seven games for the Riders last season.

On defence, the Riders will still be without Solomon Eliminian, who is still nursing a calf injury. Meanwhile, linebacker Micah Teitz will be in the lineup for the first time this season.

Toronto’s offensive line will get a jolt with the return of Ryan Bomben from the injured list. The four-time league All-Star was previously on the six-game injured list, but will make his first start of the season Monday.

Linebacker Qudarius Ford will also make a return to the lineup Monday. The 27-year old suffered a season-ending injury at the start of the 2018 season and he too will make his season debut. He will be backed up by Caleb Ham, son of CFL legend Tracy Ham.

Defensive tackle Ken Bishop will also start against the Riders, taking the place of Cory Johnson. Bishop had two sacks for the Argos last season.

A notable iron man streak will be snapped Monday as Argos long snapper Jake Reinhart will miss the game due to a leg injury. The Guelph native made 91 consecutive starts over the span of five seasons. He’ll be replaced by Joe Spaziani.

5 — Dating back to 2016, the Saskatchewan Roughriders have won five consecutive regular season matchups against the Toronto Argonauts. Toronto, however, got the best of Saskatchewan in the 2017 Eastern Final, en route to the Grey Cup that season.

1984 — 35 years ago, the CFL held its first ever Canada Day game that year. The teams playing each other? The Saskatchewan Roughriders and the Toronto Argonauts. Toronto won the game 25-10.

3 — The Argonauts have won only three road games in their last 24 contests away from BMO Field in Toronto. They were an imperfect 0-9 on the road last season.

The Argonauts and Roughriders will kick off at 7:00 p.m. ET at Mosaic Stadium. The game can be seen on TSN, RDS and ESPN+, and followed live via CFL.ca Game Tracker.