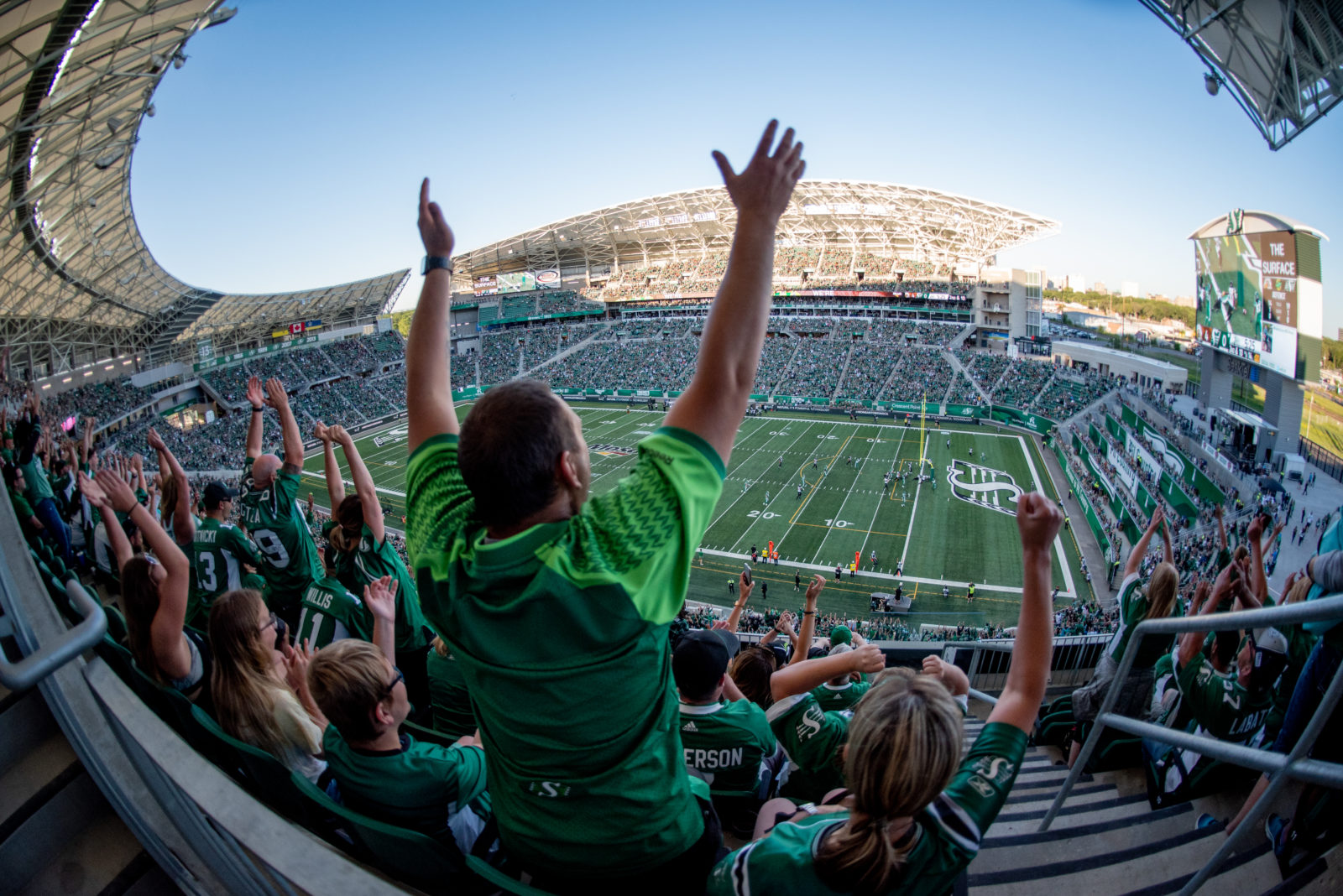 The Saskatchewan Roughriders take on the Hamilton Tiger-Cats in CFL action on July 5th, 2018 at Mosaic Stadium in Regina, SK. Derek Mortensen/Electric Umbrella

The Saskatchewan Roughriders held their 2018-19 Annual General Meeting in the AGT Lounge at Mosaic Stadium on June 26. Chief Financial Officer Kent Paul presented the report which featured the following highlights:

The Saskatchewan Roughriders led the league in sold tickets at 30,357 per game and in scanned attendance at 27,547 per game.

The Roughriders continue to be the benchmark when it comes to merchandise sales, outselling all the CFL’s other teams.

Revenue from merchandise was up slightly from last year ending at $6.8 million primarily driven by jersey sales and increased growth in ladies clothing.

Dillon is the Chief Executive Officer of Conexus Credit Union and considered a leader within the cooperative finance movement in Canada having been involved in some of the credit union systems recent innovations such as mobile payments, social impact financing and measuring financial wellness. He’s earned graduate degrees in business and is well-versed in governance, risk management and innovation. Dillon recently received the 2019 Governor General of Canada Innovation Award and currently serves on the board of Concentra Bank, Economic Development Regina and the Filene Research Institute.

Yuel is the President and Chief Executive Officer at PIC Investment Group Inc., a private family office that owns companies in a variety of industries ranging from transportation, chemical production & packaging, real estate, aviation industry, tourism, propane distribution, business service consulting and insurance. He is passionate about football, serving as a director of the Saskatoon Hilltop Football Club for 13 years, alongside acting as Capital Campaign Chair for the Friends of the Bowl Foundation and Gordie Howe Sport Complex. Yuel brings significant governance experience, having served as a director for a number of organizations including the Prince Albert Economic Development Council, the Dean’s Advisory Council for the Edwards School of Business and as an active member for the Jim Pattison Children’s Hospital Foundation.

Randy Beattie has been elected the new Board Chair. Barry Clarke remains Vice-Chair.

The Saskatchewan Roughriders wish to sincerely thank outgoing Board Chair Wayne Morsky and outgoing Board Member Jeff Stusek for their leadership, guidance and dedication to the Club over their time on the Board.