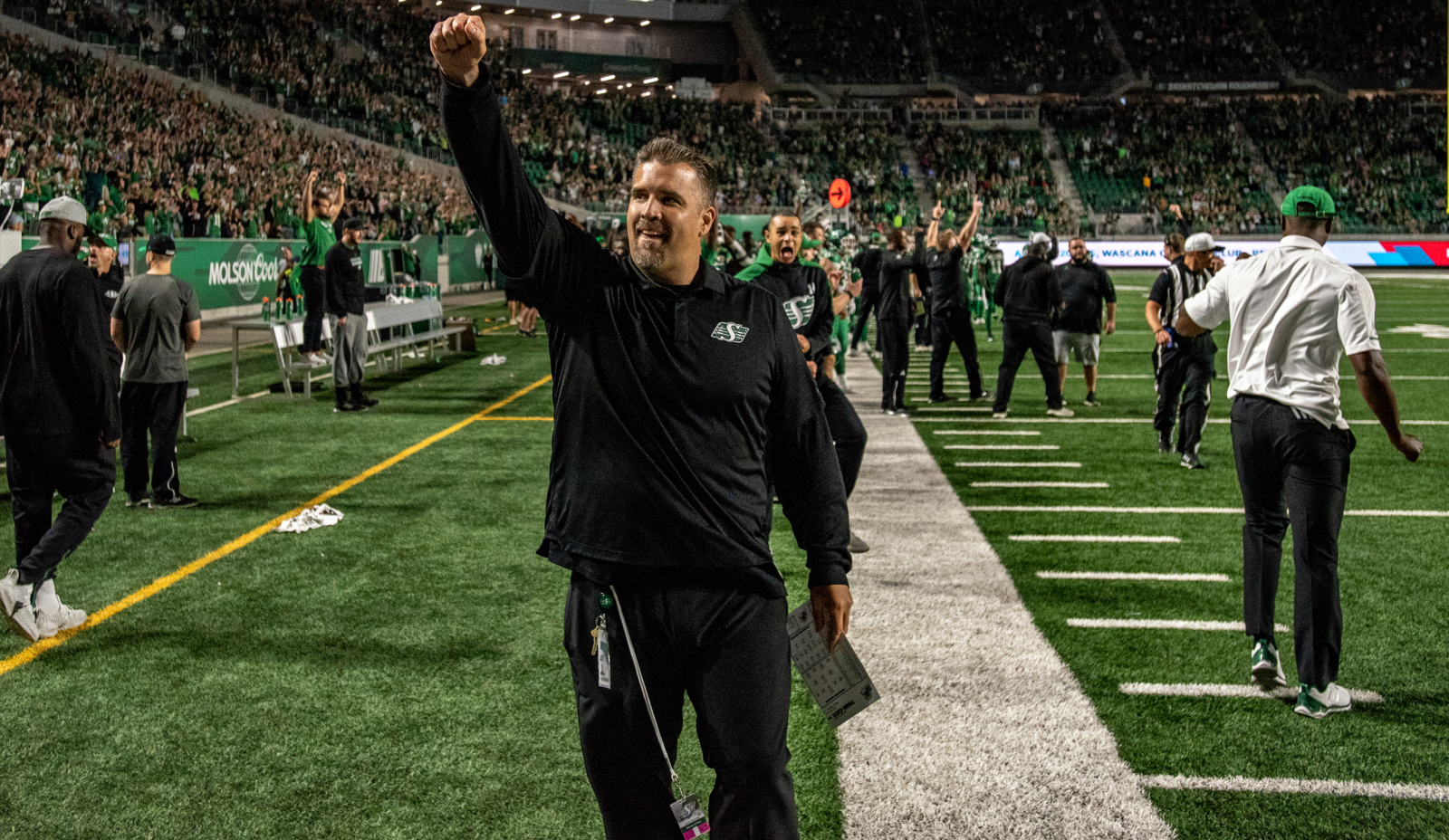 “I am very pleased to announce Jeremy O’Day as the franchises next general manager,” stated Riders President & CEO Craig Reynolds. “Jeremy is a true leader and highly respected throughout the CFL.”

“I have complete confidence he will continue to guide our team in the right direction. He is a quality person and more than ready to assume this position.”

This is O’Day’s second tenure as the Riders’ general manager after he was named the franchises 15th GM on August 31, 2015 – a positional he held on an interim basis for the final nine games of that season.

“First of all, I want to thank Craig Reynolds and the entire organization for the support and opportunity to be named the clubs general manager,” stated Jeremy O’Day. “I am excited to get to work and look forward to the challenges and successes that are ahead.”

The 44-year-old O’Day is entering his 21st season of consecutive service with the Roughriders.

The former Roughriders offensive lineman moved into the front office after retiring as a player in February 2011, accepting the position of football operations coordinator. In 2012 he was named assistant general manager, a position he held for the next four years.

In December of 2015, O’Day was named vice president of football operations & administration under Chris Jones. In this role, O’Day led many day-to-day football operations activities, including player evaluations, contract negotiations, and coordinating training camp, mini camps and free-agent camps. He also participated in the scouting of NFL, NCAA and U Sports games.

O’Day’s playing career in the CFL began in 1997, when he joined the Toronto Argonauts after a standout career at Edinboro University of Pennsylvania. He played two seasons with the Argos, winning a Grey Cup with them in 1997.In 1999, O’Day signed as a free agent with Saskatchewan and spent the next 12 seasons on the Riders’ offensive line. He started 202 regular-season games for Saskatchewan, which ranks him 12th on the club’s all-time list of games played. He also appeared in 16 playoff games and three Grey Cup games with the Roughriders, helping them win the CFL title in 2007.

O’Day won his third Grey Cup in 2013 when he was a member of Saskatchewan’s front office.