Notebook: The Riders would favour more safeguards for QBs 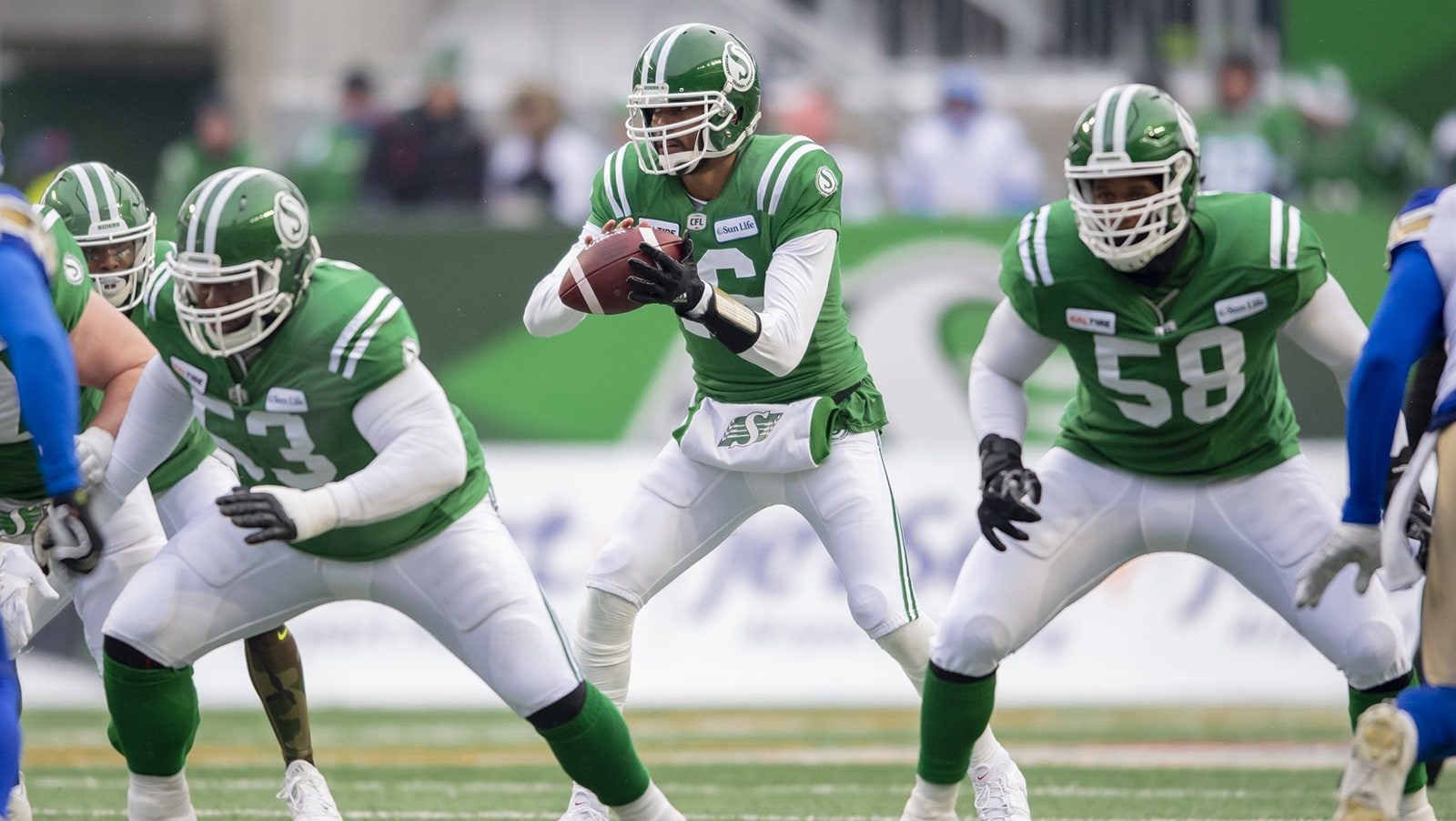 Notebook: The Riders would favour more safeguards for QBs

Saskatchewan Roughriders quarterback Brandon Bridge has seen a replay of the hit that knocked him out of Sunday’s Western Semi-Final.

He wouldn’t have minded if others who saw the replay did something about what they observed.

“For (the officials) to not throw the flag on that play, initially, I don’t think they were in the wrong,” Bridge said Tuesday. “But with how every play is being reviewed for a touchdown, I think they should review (plays like that).

“If the Command Centre sees that it was head to head, I think they should be able to review that.” 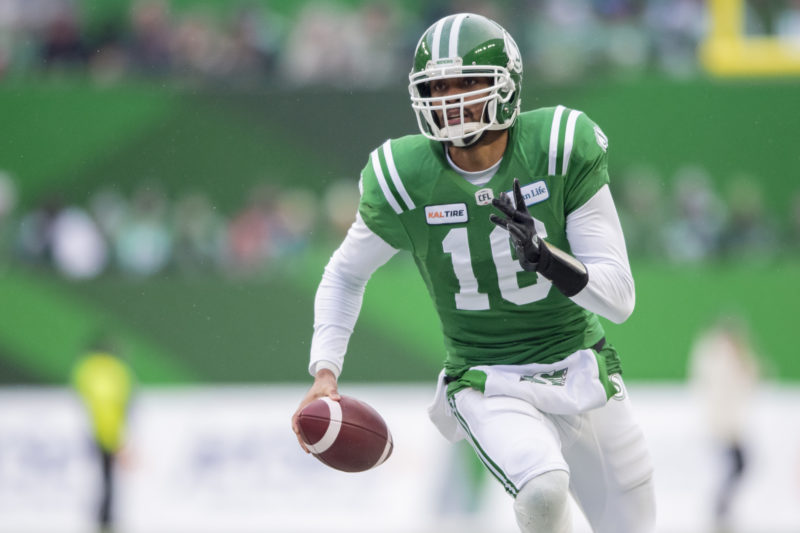 Bridge started Sunday’s CFL playoff game against the Winnipeg Blue Bombers because the Roughriders’ No. 1 quarterback, Zach Collaros, was still suffering the effects of a high hit from Odell Willis in Saskatchewan’s 35-16 victory over the B.C. Lions on Oct. 27.

On the second-last play of Sunday’s game, Bombers defensive end Jackson Jeffcoat hit Bridge in the head. There wasn’t a penalty called and, because Jones didn’t have a challenge left, there wasn’t a video review.

Bridge had to leave the game, David Watford threw an interception on the final play and the Bombers won 23-18.

Televised replays of the hit showed Jeffcoat making contact with Bridge’s head, but the view from the camera attached to the bill of referee Tom Vallesi’s cap was blocked by other players.

That didn’t appease Jones, who suggested that another league official has to step in if the referee’s view is impeded.

“It’s a little frustrating, but at the same time, if refereeing were a perfect sport, there would be a lot more people lined up to do it,” Jones said Tuesday. “It’s an inaccurate science. You just wish that (officials) would be a little bit more aggressive, especially with our quarterbacks.

“We don’t have many quarterbacks in the league; we need to protect them.”

Ambrosie already has said changes may in the offing when it comes to protecting quarterbacks from high hits. One possibility could be to create a rule similar to that used in the NCAA, where a player can be ejected from a game for hitting an opponent in the head.

Jones believes that there should be some kind of ramifications for a helmet-to-helmet hit, noting: “I think it would probably be a little bit of a deterrent for a guy if you were to remove him from the game.”

Bridge and the offence managed just 205 net yards and one touchdown against the Bombers, continuing a season-long trend of offensive struggles.

A unit that led the CFL with 35 touchdown passes in 2017 recorded just 11 passing TDs in 2018. Saskatchewan’s defence scored that many majors itself on interception and fumble returns.

Jones bemoaned the group’s lack of consistency all season, an offshoot of injuries at different positions.

“It starts with the quarterback,” he said. “Zach had a hard time staying healthy and staying on the field. If you look anywhere across the league, when you have your second-string quarterback in there, you don’t always hit on all cylinders.

“We’ve got to coach them a little better and we’ve got to execute, so (the reason for the offence’s woes) is two- or threefold.”

The 32-year-old Thigpen, who was eligible to become a free agent in February, just completed his second season with the Roughriders. 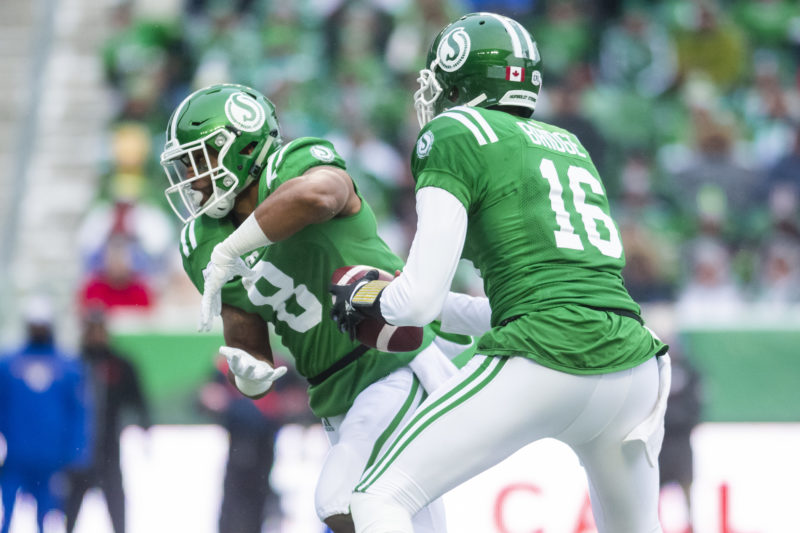 Thigpen said he was able to “talk through some comfortable numbers” with the Roughriders, a process that helped him decide to sign the extension. But there were other reasons why he wanted to return as well.

“The main thing is the players,” he said. “The players who are in the locker room, the guys I was going to war with week in and week out, they made it so much fun.

“(It’s) the community as well. The fan base here is amazing and the opportunities that I’ll have here are amazing. I want to retire as a Rider so it made it so much easier for me to make that decision.” 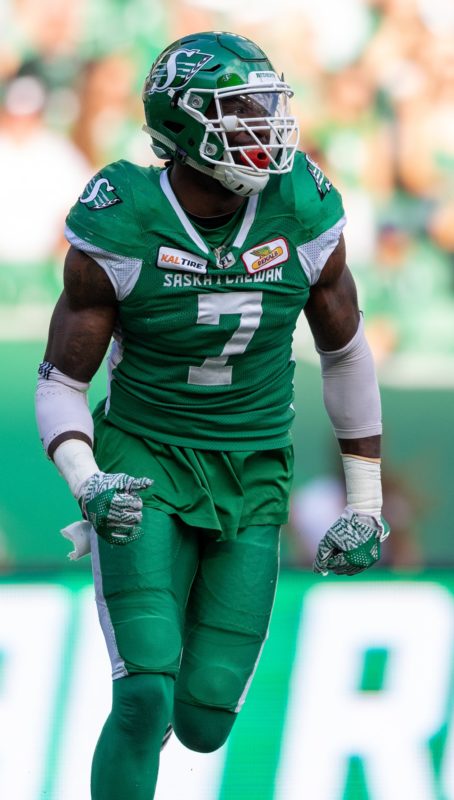 The 27-year-old product of Beaumont, Texas, may get some NFL interest, but he isn’t ruling out a return to the Roughriders.

“Saskatchewan is a place I would like to call home,” Jefferson said. “I’ve become comfortable here, knowing the guys in the locker room, getting to know people in the community and in this organization.”

Jefferson just completed his third season with the Roughriders. In that time, he feels like the team has altered the way it’s perceived in the community.

“The culture has changed a lot in Saskatchewan with the new stadium, the players who have come through here the last couple of years and the attitude that the team has brought since the new stadium (opened),” he said.