Chris Jones gets down to business 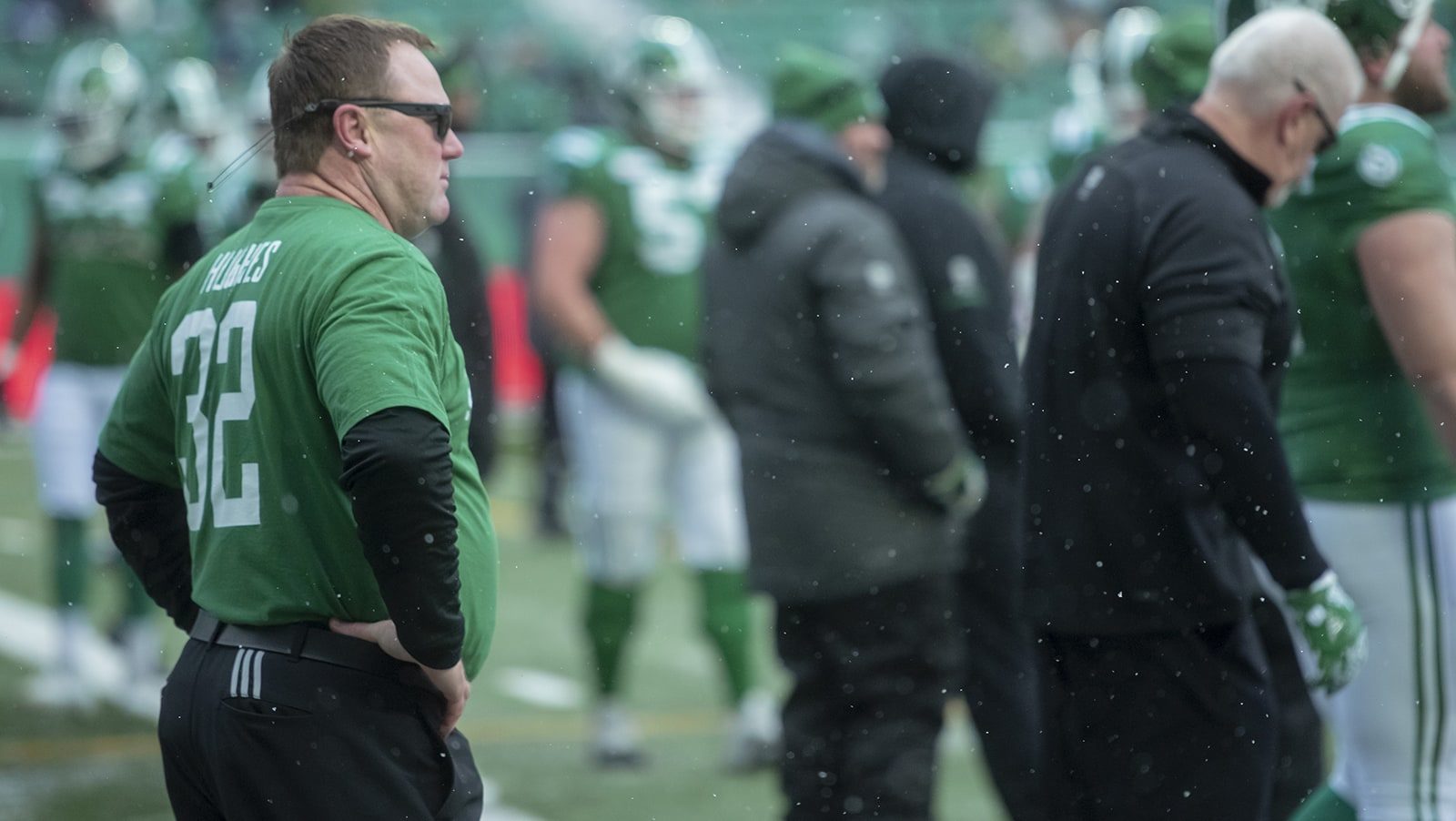 Chris Jones gets down to business

Among other things, the Saskatchewan Roughriders’ head coach-GM has (a) a plethora of pending free agents with whom to negotiate, (b) unsigned players to recruit and (3) other football leagues with which to contend while trying to do (b).

The first chore Jones has had to tackle, though, is telling members of his coaching and support staffs that they’ll have to take a reduction in pay — or that they won’t have a job in Saskatchewan in 2019.

It’s the result of a move by the CFL’s board of governors to cap teams’ football operations expenses starting next season. Teams will be limited to 11 coaches and 17 other football operations employees, with a salary cap of $2.738 million per season for those 28 people.

“It kind of hits you right in the face because as soon as you get put out (of the playoffs), then it becomes time to start focusing on that,” Jones said Tuesday, two days after the Roughriders lost 23-18 to the Winnipeg Blue Bombers in the Western Semi-Final at Mosaic Stadium. “That’s where I’ve been for the last 48 hours is trying to get all of these numbers.

“You’ve got a certain number of people, so the unfortunate reality is there are going to be about five or six people who won’t be with our organization anymore and for the rest of them who are here, some of their bonuses and things — the reasons why they came here — are being taken away plus six- to 10-per-cent pay cuts.”

Saskatchewan also went through the 2018 season with 14 coaches, including Jones. That number will drop for 2019, with some of the team’s younger coaches likely to be moving on.

Jones — who noted that he too is taking a pay cut — said he understood the reasoning behind the new rules, but that doesn’t make it any easier for him. A lot of the people on his staff either played or worked for him previously, so he’s having to let go people whom he said “are like your family.”

The CFL’s new rules also will affect teams’ ability to find players in the off-season.

Jones and his staff typically stage tryout camps in American cities throughout the winter and then take the top players from those events to a mini-camp in Florida.

The annual trip to the Sunshine State has been cut — Jones said the mini-camp now will be held in Saskatoon shortly before training camp opens — and the league is still trying to finalize a framework for the tryout camps.

In Jones’ mind, those camps have allowed CFL teams to get to know prospects and see if they can play before the clubs spend money to bring the players to Canada.

In reality, finding potential prospects may become more difficult for CFL teams in the future.

The Alliance of American Football is set to come online, with the reborn XFL to follow. The CFL won’t be increasing its pay scale to entice American-born players north, so they may opt to stay in the United States and play in one of those leagues.

On Tuesday, Jones noted that it took him and three members of his staff “working night and day” to find a player who hadn’t signed in the AAF to replace injured defensive tackle Mic’hael Brooks.

Roughriders defensive end Willie Jefferson recommended that players looking for a job should head to Canada instead of signing in the upstart AAF.

“That’s a new league; people have got to see what it’s about,” Jefferson said. “The CFL has been around for so long that you know what it’s about. You know you’re going to get TV time, you know you’re going to get great competition and you know what the organization is bringing. You get a chance to come visit Canada and see everything that Canada has to offer.”

Then Jefferson added: “Money isn’t everything.”

The irony there is that NFL teams may be interested in throwing money at some CFL stars this off-season to get them to go south. That includes Jefferson, who’s slated to become a free agent in February. 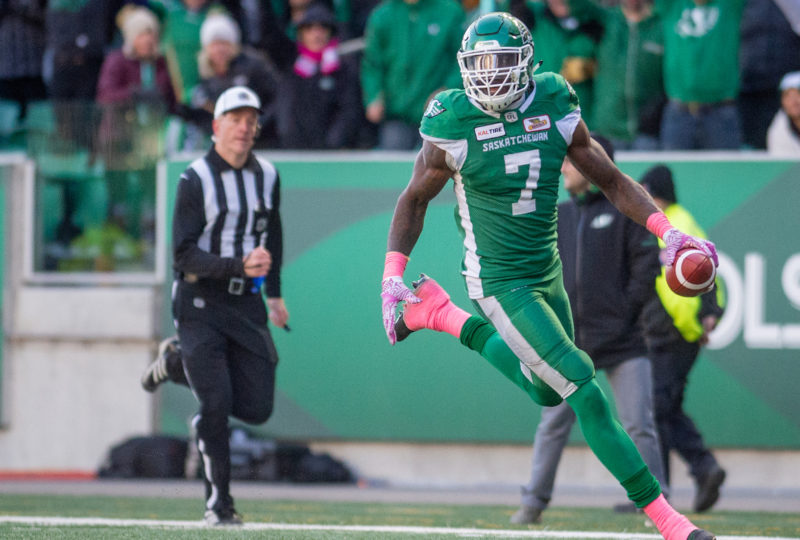 blame his star defender for doing so. As Jones noted, the financial benefit would be huge for any American-born CFL player who heads south — and Jefferson knows it.

“I exchanged my money today and I’m trying to tell you … it hurt,” he said with a grin.

The Roughriders reportedly have more than 25 players who are set to become free agents in February, including Jefferson, linebacker Sam Eguavoen, defensive tackle Zack Evans and quarterbacks Zach Collaros and Brandon Bridge.

The number of players on that list dropped by one Tuesday when tailback-returner Marcus Thigpen signed a one-year contract extension. Jones is hopeful that other pending free agents will follow Thigpen’s lead.

“We treat the guys right,” Jones said when asked if he expected a lot of players to re-sign. “If you polled our players, we treat them with respect. We work them hard, but at the same time, we care for them and they know that we care for them.

“We’re hoping that, with that and as long as (Saskatchewan’s offer) is competitive financially, most of our guys will want to come back and join us.”