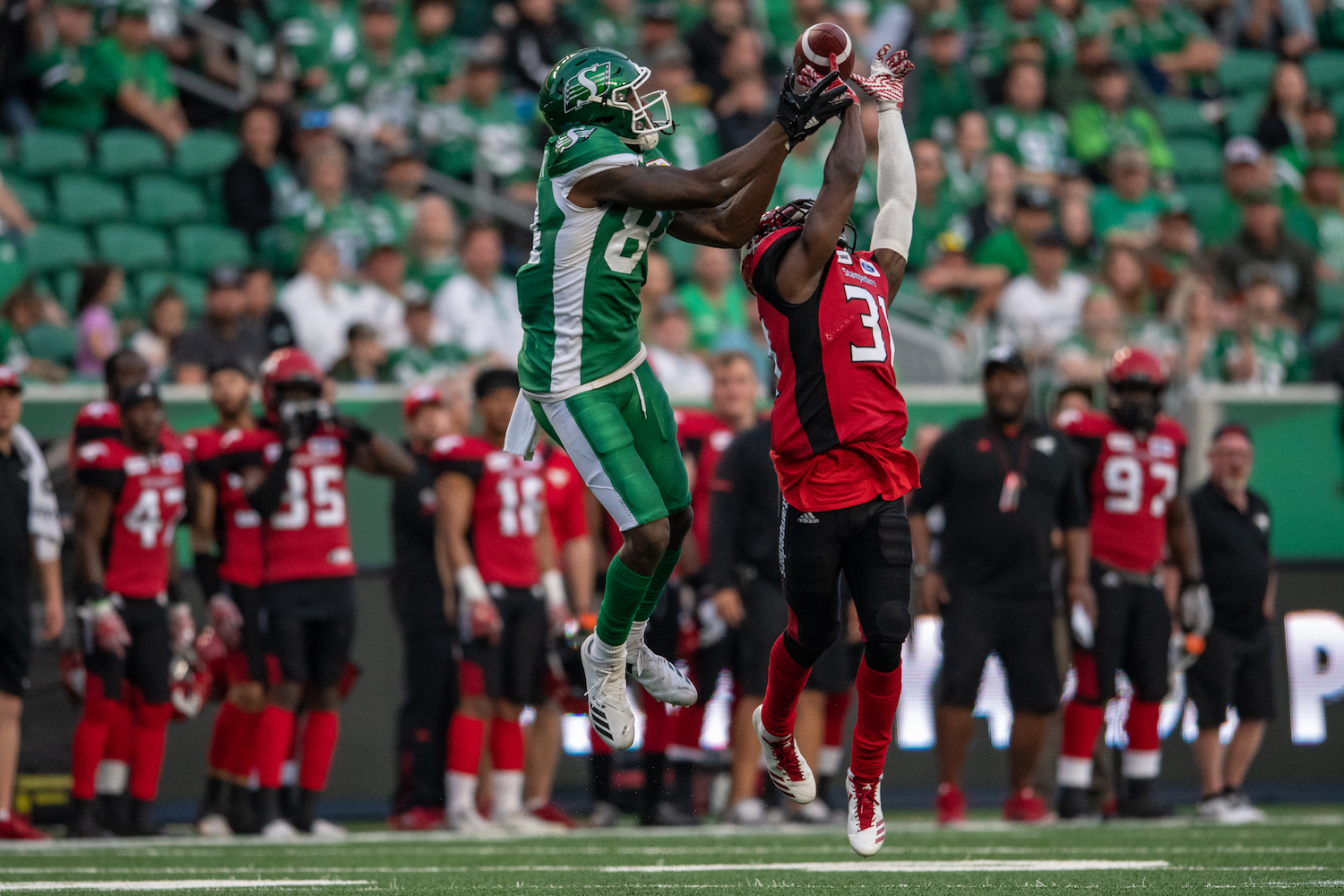 In his first career regular-season game with the CFL’s Saskatchewan Roughriders, Williams-Lambert caught all three of the passes thrown his way, helped other receivers get open, played well on special teams and helped his team defeat the Toronto Argonauts 27-19 at Mosaic Stadium.

Not bad for someone who hadn’t played a regular-season game since 2015, when he was a senior at Ball State University.

“When you haven’t played a live regular-season game in a while, it takes time to get back into that comfort zone,” the 24-year-old product of Chicago said after Monday’s closed practice at Mosaic Stadium. “But it was great.

Williams-Lambert started at slotback in the Roughriders’ revamped receiving corps and made three receptions for 23 yards. His nine-yard catch on a second-and-five situation in the second quarter helped prolong a drive that culminated in a 13-yard touchdown pass from Zach Collaros to Naaman Roosevelt.

“You want to make big plays”

The 6-foot-3, 228-pound receiver left Ball State ranked fourth in school history in both catches and receiving yards and third in receiving touchdowns. He signed as an undrafted free agent with the NFL’s New Orleans Saints in 2016 and spent time on their practice squad.

He attended one of the Roughriders’ free-agent camps this off-season and earned an invitation to their mini-camp in Bradenton, Fla. A solid showing there earned him a spot at training camp, where he made the roster.

He was in the starting lineup for Friday’s contest, a responsibility that put pressure on the CFL rookie.

“You want to make big plays,” Williams-Lambert admitted. “A lot of times, it’s not going to happen like that. The big thing is staying even-keeled, doing the right things and making the plays that come to you.

“The ball’s not going to come to you every time, but if you’re running the right routes and have the right details on your routes, you’re getting other players open and doing your job. By doing that, you can’t go wrong.”

Even though he was playing in his first pro game, Williams-Lambert said he never had a “I made it” moment against the Argos.

“I have goals past just being on the field for the regular season,” he said. “Yeah, it was a milestone, but at the end of the day, I want more. I’m just looking forward to getting better and making more plays.”

The starting right guard gave himself a B for his effort.

“In the overall view, it went pretty well,” Harrison said. “There are some things I need to work on, but it’s the beginning of the season so you don’t want to peak too soon. I just have to work on some little stuff and hopefully Game 2 will be a lot better.”

Game 2 is set for Thursday in Ottawa, where the Roughriders are to face the Redblacks.

Harrison, 26, had NFL experience with the New York Jets and Tampa Bay Buccaneers before signing with the Roughriders in September. He spent six weeks on Saskatchewan’s practice roster last season, then earned a job during training camp this spring.

Despite that experience, he still had to get acclimated during his first regular-season game.

“From U.S. ball to this, there are a lot of different fronts (in the CFL),” said the 6-foot-4, 330-pounder, who alternated with Dariusz Bladek during Friday’s contest. “There are a lot of moving parts up here, so there’s some adjusting to do.”

The Roughriders played efficiently on offence and tenaciously on defence against Toronto en route to their first season-opening victory since 2014. 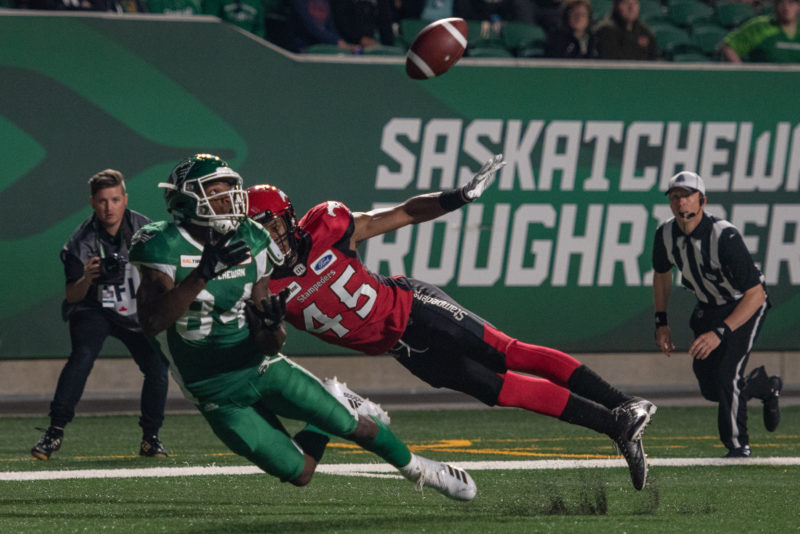 “It’s never as good as what you might think,” he said. “When you leave the stadium, you’re thinking one thing and then you get up the next morning, you look and there are four or five plays that, if they go differently, it might be a different football game.

“We’ve certainly got a lot left out there. We’ve just got to keep chopping wood.”

That continues with a condensed week of practice and a trip east Tuesday, two days before game day. But Jones is confident that his team can handle those issues and build on a victory over the defending Grey Cup-champion Argos.

“I told you all before the season started that we’re a good football team and I still firmly believe that,” Jones said. “If we stay healthy and we keep people in the right mindset, we can play with anybody in the league. It’s just a matter of doing those things.

One of Friday’s starters, cornerback Nick Marshall, didn’t practise Monday due to what Jones called “a little bang.”

Later Monday, Marshall — who had a 66-yard interception return for a touchdown in the fourth quarter Friday — was placed on the six-game injured list.

Meanwhile, Saskatchewan announced the addition of defensive back Julian Wilson to the practice roster.

The 26-year-old product of Oklahoma City played two regular-season games for the Calgary Stampeders in 2017 after stops in the NFL with the Baltimore Ravens, Kansas City Chiefs and Minnesota Vikings.

The 6-foot-2, 200-pounder played collegiately at the University of Oklahoma, where he was named to the Academic All-Big 12 Team three times. He had 99 tackles and four interceptions over his 48 games with the Sooners.