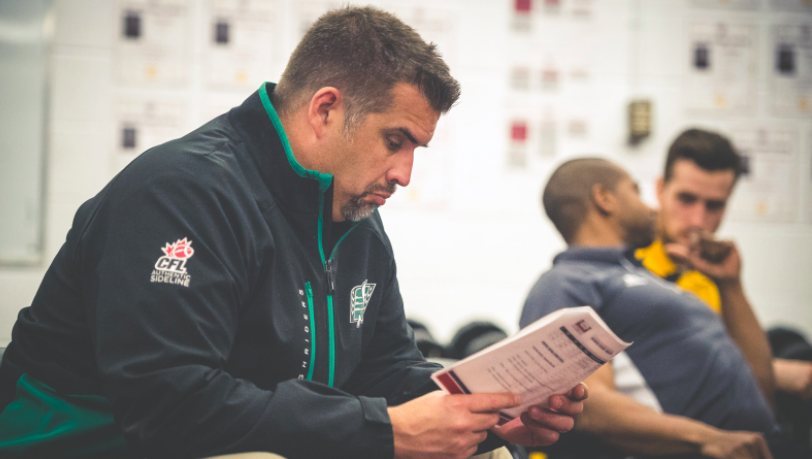 Jeremy O’Day can hardly believe it.

Reminded that he has entered his 20th consecutive season of service with the CFL’s Saskatchewan Roughriders, O’Day lets out a “Whew!”

“Twenty years; I’ve been with the organization for almost half my life,” says O’Day, a 43-year-old product of Buffalo. “It has gone very fast, I can tell you that … A lot of things fell into place with coaches who believed in me and an administration that believed in me.

“It’s hard now to stay a long time with one team. You see guys now and they’re changing teams more frequently. I think I did a lot of things right off the football field that made it easier for me to stay here.”

O’Day began his CFL career in 1997 with the Toronto Argonauts, for whom he played 36 games over the next two seasons.

Eager to become a full-time player, the product of Edinboro University signed as a free agent with the Roughriders in February of 1999. So began a 20-year stay in Saskatchewan that has featured 12 seasons on the Roughriders’ offensive line and eight more in the team’s front office.

“It’s not something that I would have predicted,” says O’Day, who now is the Roughriders’ assistant vice-president of football operations and administration. 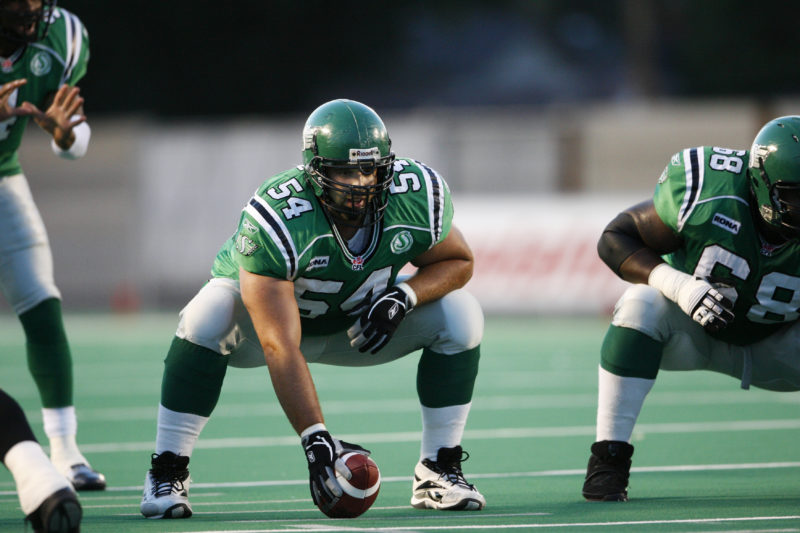 His community work allowed him to remain in Regina in the off-seasons, as did his job flipping houses. He met his future wife, Dana, in 2002, married her in 2004 and settled into family life; the couple now has three children (Tyson, Brooklyn and Alyssa).

O’Day stayed on the Roughriders’ O-line through the 2010 season, winning a Grey Cup title in 2007 and reaching the CFL final in ’09 and ’10. What turned out to be his final career contest was the 2010 Grey Cup game, in which Saskatchewan lost to the Montreal Alouettes.

“That was a tough way to end,” O’Day admits. “That’s probably when I started thinking, ‘Well, maybe I’ll go one more,’ just because of how it ended. But it was time.

“I’d be fooling myself to say that I wasn’t losing a step. You get to a point where you’re relying more on your experience than your body. When you’re young, you don’t know anything and you’re physically doing things well. (By the end) you’ve done a 180.” 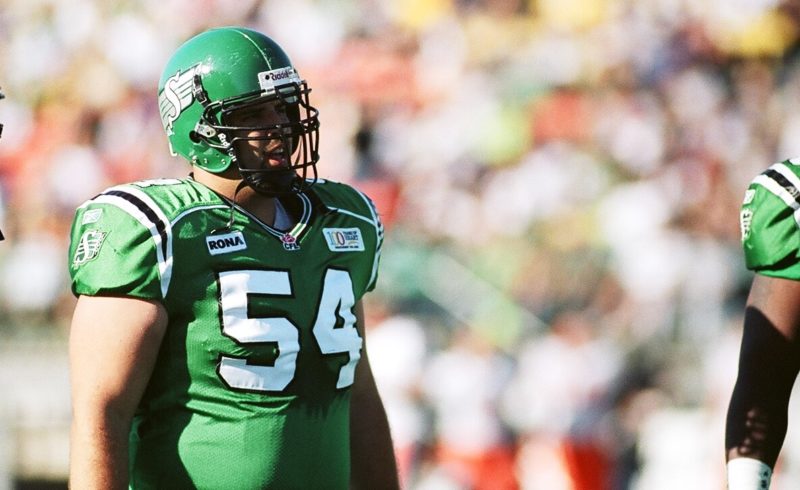 Certain that he was going to retire, O’Day talked to a friend who offered him a job in sales. O’Day then visited with then-Roughriders president-CEO Jim Hopson to tell him about his plans — and Hopson offered O’Day a spot as the team’s football operations co-ordinator.

“I didn’t even know all the details of it; I just knew that it was a way to stay in the game that I loved playing and loved being around,” O’Day recalls. “I’d still get the competitiveness of the games. You compete against other teams when you’re building a roster. And being around the players and coaches is still a pretty cool thing.

“I called my friend on the way home to tell him (about Hopson’s offer) and he was excited for me.”

In a subsequent meeting with then-general manager Brendan Taman, O’Day said he was considering playing another season. But Taman wanted to fill the job immediately and O’Day decided to take the plunge.

He retired on Feb. 8, 2011 and started learning the ins and outs of being a general manager from Taman — mentoring for which O’Day remains appreciative.

He had some experience on the business side of the game back then, having negotiated his own contracts and having served as a CFLPA player rep for 10 years. He also had some background on the personnel side, albeit in a different way.

“As a kid, I used to love looking at stats and comparing players and building teams,” O’Day says with a grin. “That was what I gravitated to.

“My interest was mainly in baseball. I used to know all the players in Major League Baseball and their batting averages. Then it moved into football when I became interested in football. I always had an interest in doing something like that.”

O’Day had to adjust quickly to life as a former Roughrider, particularly when it came to his relationships with ex-teammates. He suddenly was evaluating players with whom he used to play and possessed inside information that he couldn’t share.

He was named the Roughriders’ assistant general manager on Nov. 9, 2011, and stayed in that position until Aug. 31, 2015. That day, he was named interim GM and vice-president of football operations after Taman was fired.

On Dec. 7, 2015, Chris Jones was hired to be Saskatchewan’s head coach, GM and vice-president of football operations. Eight days later, Jones announced O’Day would stay with the team as an assistant VP.

O’Day has looked at other job opportunities over the years — he interviewed to be the Edmonton Eskimos’ GM prior to the 2017 season, for example — and he readily admits that his goal is to become a CFL general manager. But for now, he’s happy to be with the Roughriders.

“What I don’t want to do is leave a great situation unless I think that I’m going into another great situation,” says O’Day, who signed a two-year contract extension with Saskatchewan on Dec. 12, 2017.

“If I don’t feel like it’s a very good opportunity (elsewhere) and I don’t think the correct things are in place to be successful, then I’m not going to leave an organization that I’ve had such a strong relationship with and that I have a love and passion for.”

O’Day, who won a Grey Cup as the Roughriders’ assistant GM in 2013, is proud of the fact that he has been able to prove himself to coaches and administrators alike over the years.

His value as a player was evidenced by the fact that he played 202 regular-season and 16 playoff games for the team. His worth in football operations became apparent when he was given the task of helping design the team’s facilities in new Mosaic Stadium.

Now, 20 years after first joining the Roughriders, O’Day doesn’t want to get complacent just because of his tenure with the team.

“I want to make sure I’m bringing something to the table where the reason I’m still here isn’t that I’ve been here for a long time,” he says. “If it ever gets to that point, I think it would be time to leave the organization — because I don’t believe in not carrying your weight.”