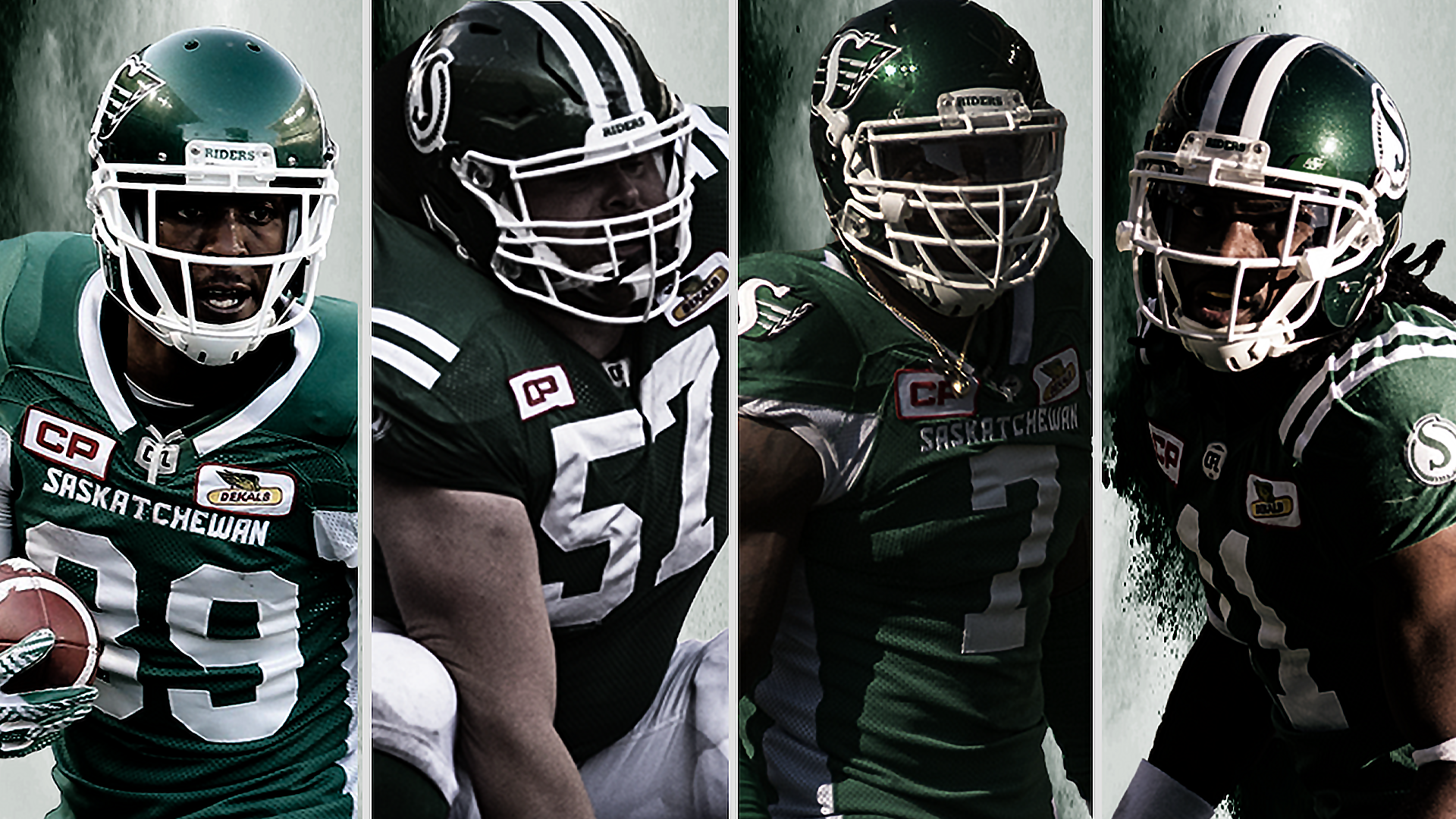 The Saskatchewan Roughriders are pleased to announce that four of their players have been chosen to the CFL All-Star team. Two players from the Green and White were selected on offence while two were selected on defence.

The CFL All-Stars were selected by members of the Football Reporters of Canada (FRC) and CFL head coaches.

DURON CARTER (WR): Carter led the Roughriders with 1,043 receiving yards, while tying for the team lead with eight receiving touchdowns. The 26-year-old, first-year Rider collected three 100-yard games including a single-game league high of 231. This is Carter’s second CFL All-Star nomination after picking up league honours in 2014 while with the Montreal Alouettes. Carter was also named the Riders 2017 Most Outstanding Player.

BRENDON LABATTE (OL):  LaBatte just completed his 10th CFL season and sixth with the Riders. The University of Regina product played 18 regular-season games, spending time at left guard and centre. This is LaBatte’s fifth CFL All-Star selection after previously being selected from 2012-15. The Riders’ 2017 Most Outstanding Offensive Lineman has been previously selected a Division All-Star on eight occasions.

ED GAINEY (HB): Gainey led the CFL with a career-high 10 interceptions, accumulating 114 return yards with one touchdown. The 27-year-old set a Riders single-game record by registering four interceptions on August 13th versus the B.C. Lions. Gainey added 48 defensive tackles, two fumble recoveries and one special-teams tackle while starting all 18 regular-season games in the Riders’ secondary. He was also named the Riders 2017 Most Outstanding Defensive Player.