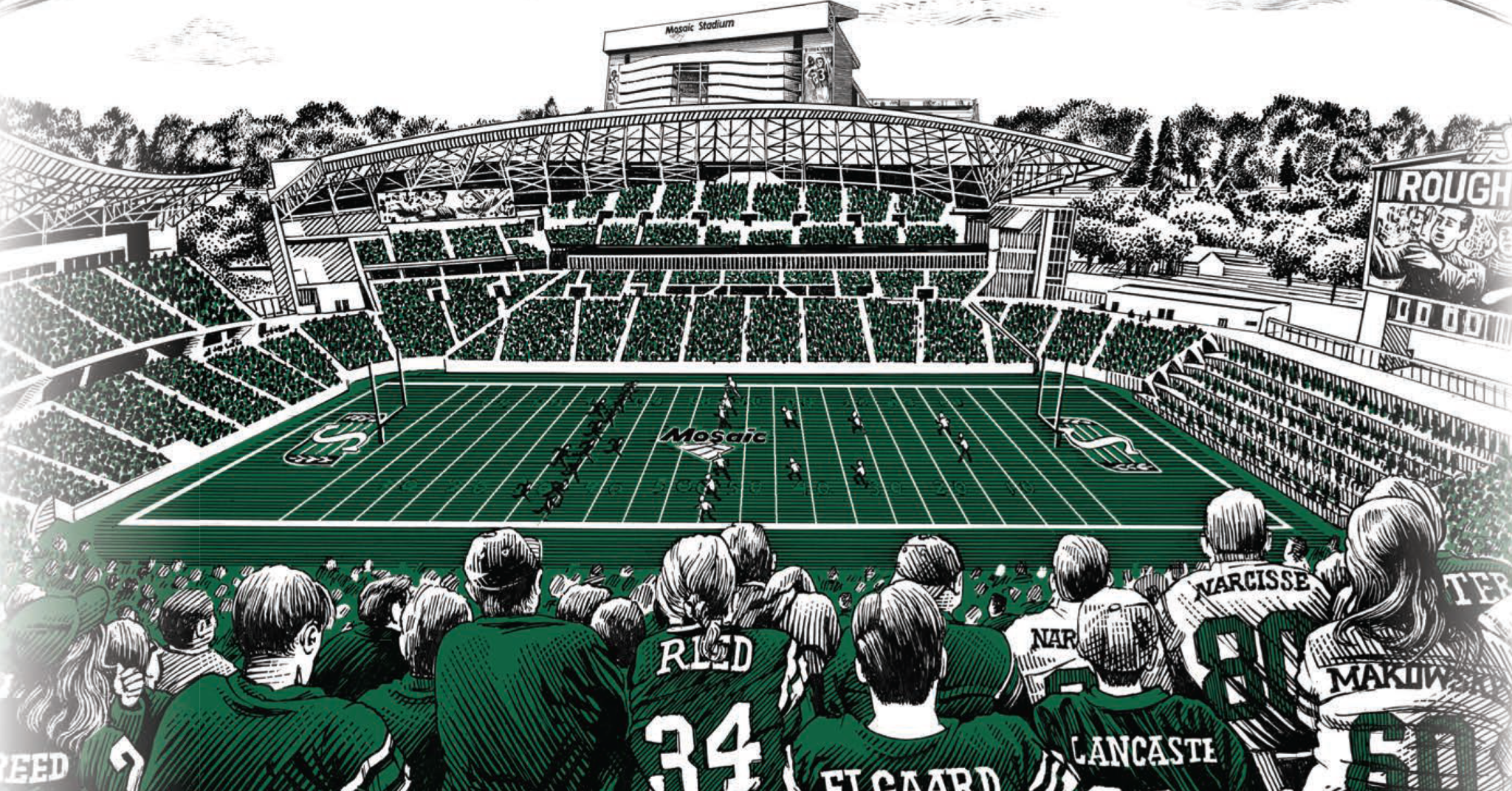 The Saskatchewan Roughriders have announced the release of the Series IV Share. This limited edition share celebrates the Inaugural Season at the new Mosaic Stadium, while recognizing the vast history of the club – including historic Mosaic Stadium and legendary Roughrider players.

“We are very excited to announce the release of this exclusive Share which not only commemorates the opening of this wonderful stadium, but also celebrates our rich history”, said Roughrider President and CEO Craig Reynolds. “Our last share was released in 2011 and we felt it was only natural to pay tribute to the new Mosaic Stadium that will serve Rider Nation for decades to come.”

The Saskatchewan Roughriders are a non-profit community owned team. Roughrider Shareholders have the opportunity to vote on the Club’s Board of Directors and receive other benefits including a 15% discount at the Rider Store and preferred seat exchange priority for season ticket holders.

Each Shareholder will receive a personalized, numbered certificate, owners card and window decal. Shares can be placed in the purchaser’s name or in the recipients name if purchased as a gift. The share price is $250 and can be purchased on-line at riderville.com or below.