The Roughriders earn their first victory of 2017 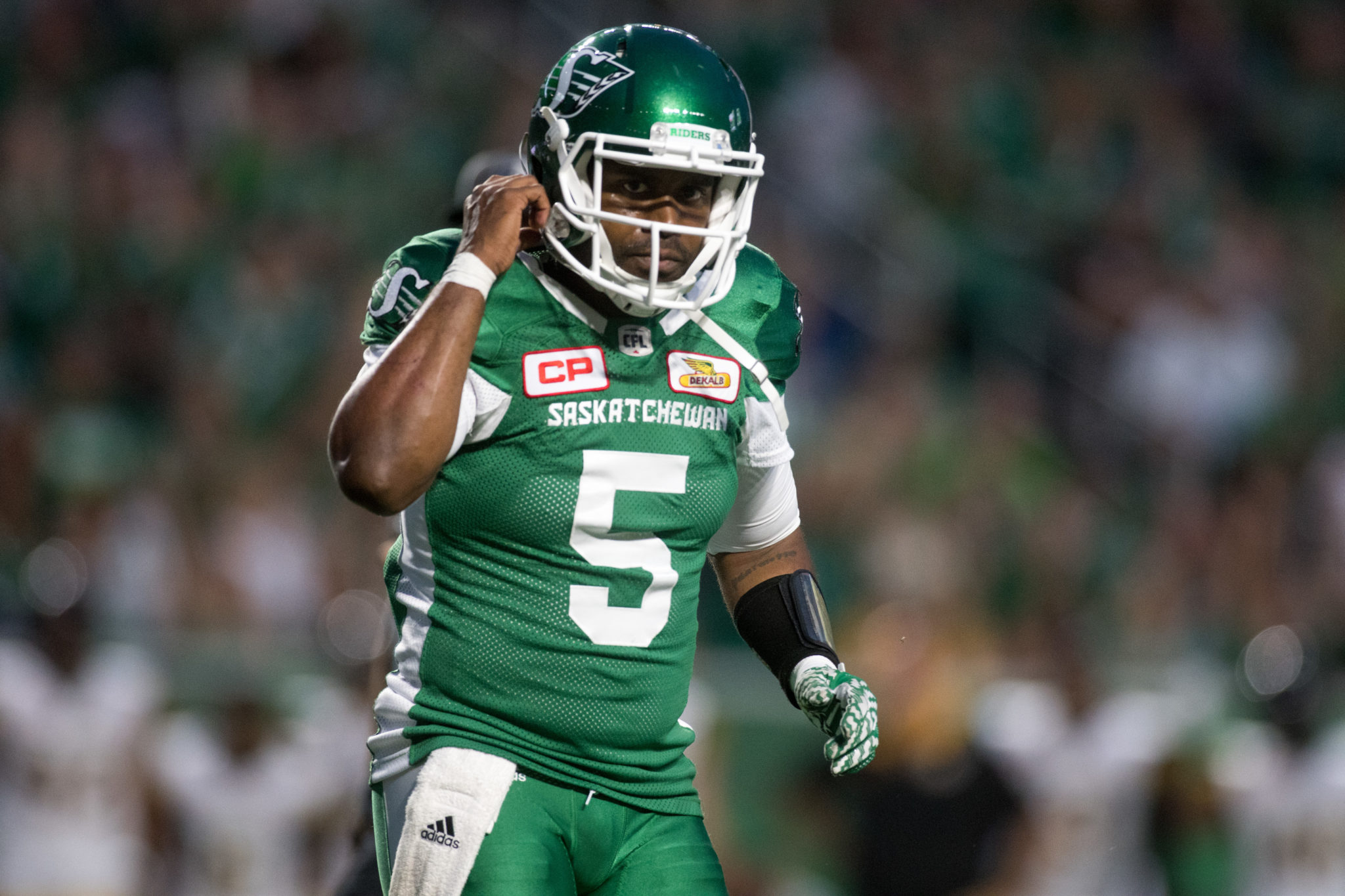 The Roughriders earn their first victory of 2017

After losing their first two regular-season games by a grand total of four points — and losing both in crushing fashion — the Saskatchewan Roughriders posted a well-earned 37-20 CFL victory over the Hamilton Tiger-Cats at Mosaic Stadium.

“The type of win that we had today after the loss that we had last week is big,” said Roughriders quarterback Kevin Glenn, referring to a 43-40, double-overtime loss to the visiting Winnipeg Blue Bombers on July 1.

“It shows a lot about the team and the guys in that locker room, the type of character guys that we have. They still believed and we’re still a team.”

Saskatchewan opened the season June 22, losing 17-16 to the host Montreal Alouettes on a missed field-goal attempt by Tyler Crapigna on the game’s final play.

On July 1, Crapigna hit an upright with a field-goal try on the Roughriders’ possession in the second overtime period. Needing just a single to win, the Bombers got a field goal from Justin Medlock that gave them the victory.

The Roughriders didn’t look at all tentative Saturday, though, trailing only once in the game. Hamilton led 7-2 eight minutes into the first quarter.

“A lot of guys just let it out and just went out and played,” Glenn said. “They weren’t uptight and they weren’t worried about anything.

“It was just kind of like a free-for-all of everyone going out and playing and believing in the guy next to you that he’s going to make his own play. That way, we don’t have to worry about being that guy every play to make the big play.”

Special teams and the defence set up the game’s first score. After Saskatchewan’s Josh Bartel pinned the Tiger-Cats at their five-yard line with a nifty coffin-corner punt, the defence held Hamilton’s offence without a first down.

Sergio Castillo conceded the safety instead of punting out of the end zone, giving Saskatchewan a 2-0 lead at 4:22 of the first quarter.

The ensuing kickoff went out of bounds, giving the Roughriders a first down at midfield. They drove the ball to the Hamilton two-yard line, but a pass from Glenn to Nic Demski was intercepted at the goal line by Justin Rogers.

The Tiger-Cats’ defensive back returned the pick 110 yards for a touchdown that was converted by Castillo to give the Tiger-Cats a 7-2 lead at 8:12.

The Roughriders responded on their next possession, going 76 yards on nine plays for a touchdown. They ran the ball five times for 46 yards, with Glenn going six yards on a quarterback draw for the major and Crapigna adding the point after at 13:14.

The teams traded field goals to start the second quarter, with Crapigna kicking a 45-yarder for the Roughriders at 2:37 and Castillo hitting a 30-yarder for Hamilton at 6:10.

Saskatchewan went 75 yards in 10 plays for a TD on its next possession.

Two plays after a Glenn touchdown pass to Antwane Grant was wiped out by a penalty, Glenn found Bakari Grant for a 14-yard major. Crapigna kicked the convert to give the Roughriders a 19-10 lead at 10:04.

The Roughriders took that advantage to the locker room at halftime.

Saskatchewan struck on its first possession of the second half, as Glenn found Duron Carter with an eight-yard TD pass to culminate an eight-play, 86-yard drive. Crapigna’s convert made it 26-10 for the Roughriders at 3:59 of the third quarter.

After Crapigna hoofed a single on the kickoff to make it 27-10, Hamilton got a 39-yard field goal from Castillo at 8:41.

The Tiger-Cats pulled to within seven at 13:25 of the third quarter when Castillo converted a 13-yard TD reception by Junior Collins.

Crapigna kicked a 32-yard field goal at 4:59 of the fourth quarter and then converted a one-yard TD run by Glenn at 12:09 of the frame to complete the scoring.

It was the first time since Oct. 2, 2004, that Glenn rushed for two touchdowns in a game. He was with Winnipeg at the time.

Cameron Marshall rushed 12 times for 71 yards as Saskatchewan got production from its ground game.

Hamilton quarterback Zach Collaros was 19-for-34 passing for 189 yards. Jalen Saunders had six catches for 78 yards to lead the Tiger-Cats, while star slotback Luke Tasker was shut out.

The Roughriders’ defence had been much-maligned following the Winnipeg game after leaving receivers uncovered multiple times, but the unit was much more solid against Hamilton.

“We just stayed on the same page,” cornerback Jovon Johnson said. “We communicated all night.

“We didn’t give up coverage busts and if we don’t give teams easy touchdowns and force them to have to drive the ball down the field, I don’t think we’re going to lose too many games.”

The Roughriders have a bye next week, so they’ll go into their week off with a spring in their step.

“It’s hard to win a pro football game,” head coach-GM Chris Jones said after his team snapped a five-game losing streak. “Over the last two weeks, we found ways to give games away. To walk off the field tonight knowing that you deserved to win the football game, it was a good feeling.”