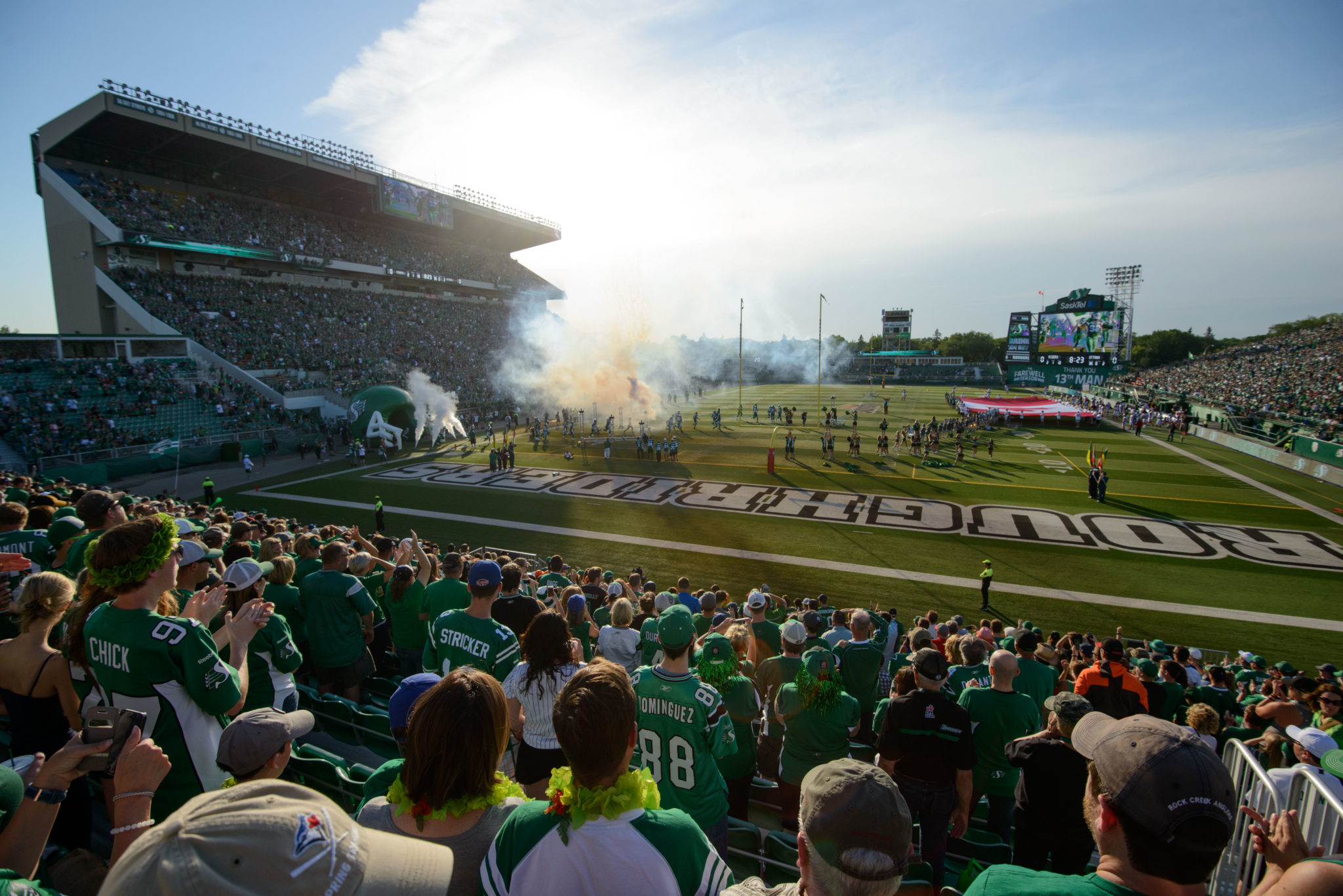 The Grey Cup Legacy Project was unveiled in 2012 when the Saskatchewan Roughrider Football Club prepared to host one of the single biggest events in the history of the province – the 101st Grey Cup. To host an event of that magnitude, Mosaic Stadium required a major upgrade. Thus, the club invested $15 million in an expansion project. Funding for this project came from the Saskatchewan Roughrider Football Club with the support of the Province of Saskatchewan through a $6.2-million loan.

The structure used for the expansion was built on a semi-permanent basis, which allowed the north and south end zone sections to be repurposed for use in other Saskatchewan sports and arts facilities, providing a legacy component to the 101st Grey Cup.

“We are excited to see the Grey Cup Legacy Project begin the final phase of decommissioning at Historic Mosaic Stadium,” stated Kent Paul, Roughriders Chief Financial Officer. “It is a unique opportunity to have seven Saskatchewan communities receive useable seats from the old stadium to assist with their facilities and allow the legacy of the 101st Grey Cup to live on.”

“It’s great to see that the legacy of this iconic facility will continue,” said Ken Cheveldayoff, Minister of Parks, Culture and Sport. “Sports fans of all ages in these seven communities will be able to share in the history of the 101st Grey Cup and support their local teams with these seats for years to come.”

An update on the overall decommissioning plan will be made by the City of Regina later this summer.