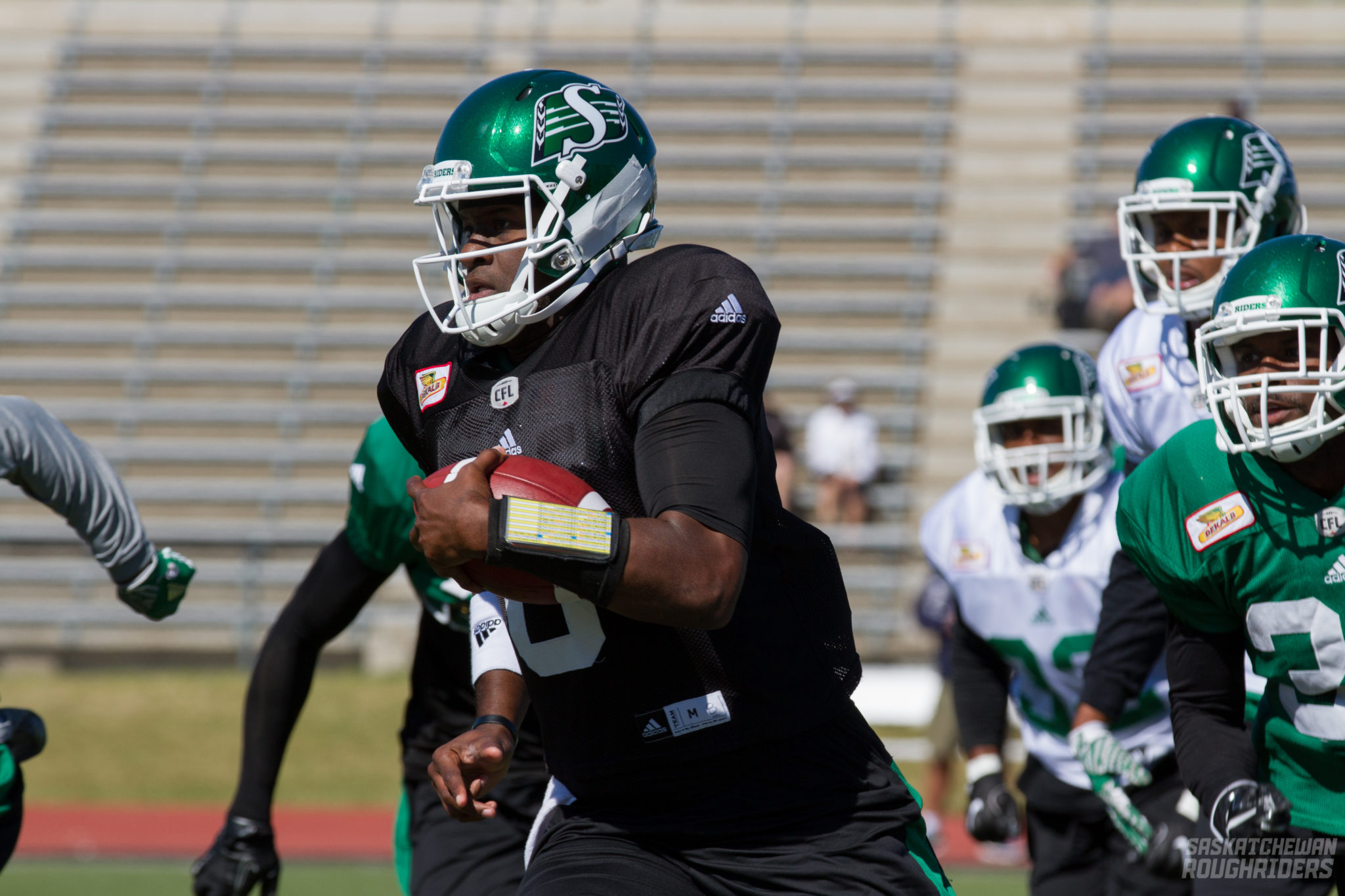 SASKATOON — Vince Young has hit a roadblock on his comeback trail.

Saskatchewan Roughriders head coach-GM Chris Jones revealed Monday that an MRI conducted recently in Toronto showed that Young had a torn hamstring. The 34-year-old quarterback suffered the injury during a training-camp workout June 6 at Griffiths Stadium.

“He’ll have to take it easy and get it well and then we’ll see where he’s at when he gets it well,” Jones said following Monday’s workout at Saskatoon Minor Football Field.

Jones wasn’t sure how long Young would be inactive, but noted his layoff “is looking four to six (weeks) right now” because the damage was “a lot worse than what we envisioned.” There’s a possibility Young could begin the 2017 regular season on the injured list.

Despite his NFL experience, Young is considered a CFL rookie. As such, he can be released without any obligation on the Roughriders’ part if they choose instead to make that move.

Young, a finalist for the Heisman Trophy in 2005, was drafted in the first round (third overall) of the 2006 NFL draft by the Tennessee Titans. The 6-foot-5, 235-pound pivot was named the NFL’s offensive rookie of the year after starting 13 games for the Titans in 2006.

A two-time Pro Bowler in Tennessee, Young was released in July of 2011. He spent the rest of that season with the Philadelphia Eagles and subsequently had stints with the Buffalo Bills, Green Bay Packers and Cleveland Browns before retiring in June of 2014.

Even though Young hadn’t played in a regular-season game since 2011 — or been part of a pro team since 2014 — the Roughriders contacted him in late January. After working him out, the Roughriders signed Young in March.

He had his ups and downs at the Roughriders’ mini-camp in Florida in April and was still adjusting to the CFL game through the first two weeks of training camp.

He was injured while scrambling out of the pocket during a drill June 6 and left the field with a trainer. Young was on the sideline in street clothes Saturday when the Roughriders tied the Winnipeg Blue Bombers 25-25 in a pre-season game at Mosaic Stadium.

“It’s disappointing that we didn’t get to see him in the pre-season,” said Jones, whose team completes its exhibition slate Friday in Vancouver against the B.C. Lions. “It’s an easier time to be able to evaluate someone in a real game situation …

“He’s a proud guy and he’s going to meet it head-on. He’s in the training room and he’s doing everything that our trainers ask him to do to try to get well and try to compete.”

That said, Young also could return to Texas to continue his rehabilitation.

“I’ll just have to see as we go along and see exactly how he wants to handle it as well, because he’s got a lot of things in Texas that he does,” Jones said in reference to Young’s business interests in his home state. “He’s got good trainers down there at the University of Texas that he can go (to) if we decide to go that route.”

In the meantime, the Roughriders will continue with the four quarterbacks they have currently in camp: Kevin Glenn, Brandon Bridge, Bryan Bennett and Marquise Williams.

Jake Heaps attended Saskatchewan’s mini-camp in Florida, but was released so he could sign with the NFL’s Seattle Seahawks. After the Seahawks released Heaps last week, Jones said the Roughriders had reached out to the pivot — but he has yet to rejoin the team.

When asked Monday if Saskatchewan would add another QB to replace Young, Jones replied: “Possibly.”

“We’ll just have to see who might show up,” he added. “You just never know as we go down the stretch (of the pre-season) who might pop up available.”

The addition of Young generated a lot of attention around the CFL and in the United States. ESPN interviewed the quarterback after his signing and a reporter from Sports Illustrated spent the first week of Saskatchewan’s training camp detailing Young’s every move.

On Monday, Jones was asked if adding Young was worth it considering that he couldn’t complete training camp.

“The exposure, I could care less about that; in fact, I’d like a little less exposure,” Jones said. “(What’s disappointing is) the fact that we didn’t get to see him in the games. That’s why we brought him here, to try to let him compete at the quarterback position — which is a position (where) we want to try to identify guys to help us win football games; that’s why we’re here.