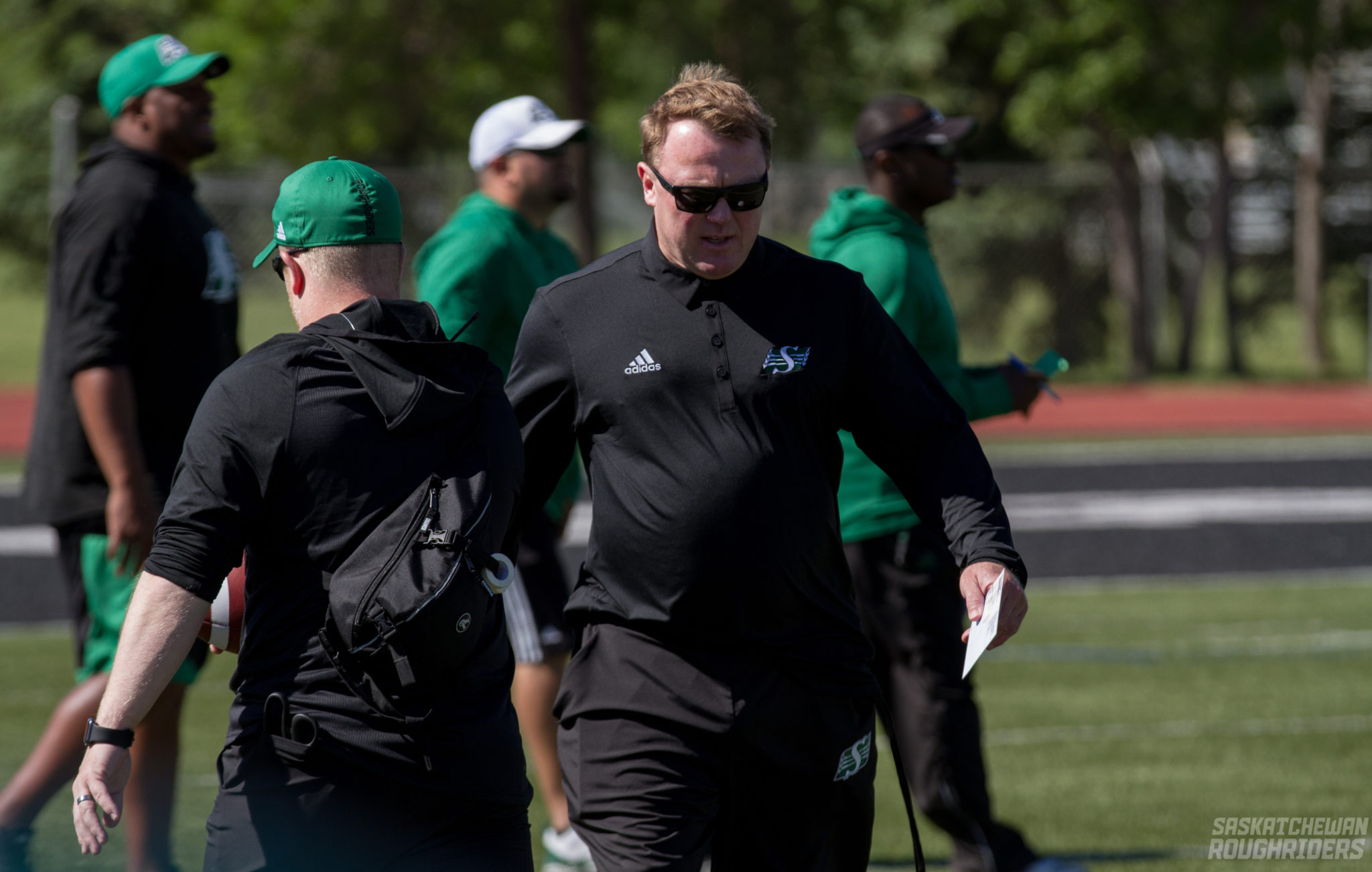 SASKATOON — Vince Young’s comeback with the CFL’s Saskatchewan Roughriders is on hold.

The length of the delay is now the biggest question.

The 34-year-old quarterback injured a hamstring during Tuesday’s practice at Griffiths Stadium on the University of Saskatchewan campus.

Young pulled down the football and scrambled for a first down during a double-barrel session, but then pulled up lame, walked off the field and sat down on the ground. He left shortly afterward, walking to the locker room with a member of the training staff.

Chris Jones, the Roughriders’ head coach and general manager, didn’t know the severity of Young’s injury immediately after practice. Jones also wasn’t sure what the injury would mean to Young’s availability for Saskatchewan’s pre-season opener, Saturday at Mosaic Stadium against the Winnipeg Blue Bombers.

“We’ll see exactly how bad it is and evaluate it and then we’ll make adjustments from there,” Jones said.

Young is attempting to return to pro football after a three-year absence. He hasn’t started a game since the 2011 NFL season and hasn’t been a member of a pro team since 2014.

He has been battling Bryan Bennett, Brandon Bridge and Marquise Williams for playing time behind presumptive starter Kevin Glenn during the Roughriders’ workouts. The hamstring injury could change a lot of things on the depth chart.

“Anytime you’re trying to evaluate quarterbacks and you get one hurt, it’s never a positive,” Jones said.

Young’s injury also could mean a return to the Roughriders for quarterback Jake Heaps, who attended the team’s mini-camp in Vero Beach, Fla.

Heaps was released by Saskatchewan after that April camp so that he could sign with the NFL’s Seattle Seahawks, but they cut him earlier this week. Jones confirmed the Roughriders have been in touch with Heaps’ representatives, but it’s unclear if the QB will rejoin the team.

Young’s departure wasn’t the only one Tuesday.

Players like linebacker Kevin Francis, guard Brendon LaBatte, cornerback Kacy Rodgers and punter-kicker Quinn Van Gylswyk all left the field before practice was done. Others like receiver Caleb Holley were on the field, but their participation was limited.

The list of the walking wounded includes several starters, but Jones wasn’t concerned.

“That was our last two-a-day,” he said of Tuesday’s session. “I’ve wanted to push them because we need to relish this time to be able to go out and bang around and get football in us and get used to the heat. We’re not going to baby our group.”

Defensive back Warren Gatewood went through the good and the bad of training camp in the span of about two minutes Tuesday.

The rookie out of Alcorn State University made a spectacular leaping interception of a Glenn pass, spearing the ball with one hand while fending off receiver Mitchell Picton as the two fell to the ground.

Moments later, Gatewood was on the ground again — but only because he tripped himself up after getting deked out by receiver Bakari Grant.

“As a football player and as a competitor, it should bother you,” Gatewood said of having to endure a down moment. “You’re going to make good plays and you’re going to make bad plays. It’s just a matter of being consistent and trying to do as much as you can to stay consistent.”

Gatewood was working with the starters Tuesday, perhaps in part because of the injuries in the Roughriders’ secondary. But the 23-year-old product of Baltimore also has shown well through one week of camp — and he’s feeling more comfortable as he gets used to the CFL.

“A lot of this stuff is mind-blowing,” said Gatewood, pointing to the Roughriders’ complicated system, the CFL’s rules and the size of the CFL field. “It can get overwhelming at times, but if you lock in, it’s definitely possible.

“That’s what I’m trying to do right now: Stay focused, stay disciplined and control what I can control.”

EXTRAS: Picton had perhaps his best day of camp Tuesday — and Jones noticed. The head coach said the University of Regina Rams product “had a great day today,” going up and getting the ball against receivers … Ricky Collins Jr., who was working out with the defensive backs Monday, was back with the receivers Tuesday. He ran very few patterns, though … Defensive back Reggis Ball was at the centre of a couple of incidents Tuesday, earning rebukes from both fullback Spencer Moore and receiver Duron Carter. Jones has coached trash-talkers before, but he noted that Ball — and other, uh, chatty players — have to be able to back it up. So, has Ball been backing it up? “We’ll see,” Jones replied. “Everybody gives up plays. He didn’t have a very good skelly period today — he gave up two plays — but he has played very good up until those times.” … Jones is pleased with the amount of the playbook the Roughriders have been able to install so far in camp. “We’ve got a ton in,” said Jones, noting the number of returning players on the roster has aided the ease of installation. “We won’t run all the stuff that we’ve got in in the pre-season games, but we’ve challenged them mentally.”