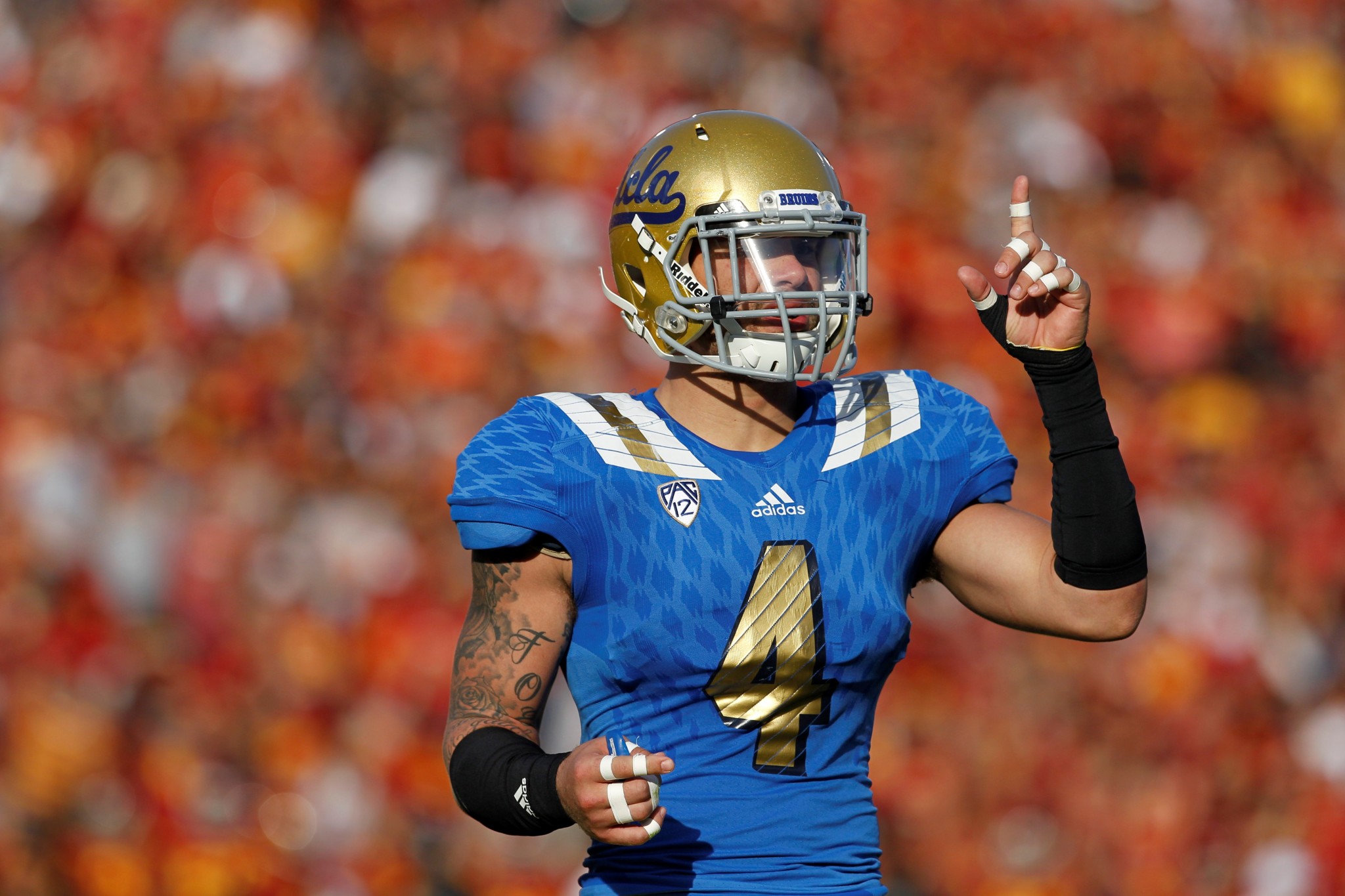 The Roughriders used the second selection overall on Judge, a 6-foot-1, 220-pound linebacker from UCLA.

“(Going No. 2) is nice,” Judge said during a conference call with media. “Definitely, after going through the NFL draft without hearing my name, it feels pretty good getting the call pretty early in this one.”

Judge, 22, is to attend rookie camp with the NFL’s Houston Texans next week and wants to wait to see what happens there before making his next move.

Roughriders head coach-GM Chris Jones said his team got some trade requests for the pick, but decided to keep it and use it to select Judge.

“We’ve gone back and forth and we’ve explored all of our options and the couple of basic needs that we have,” Jones said. “Certainly, he’s a guy who can come in and compete special teams-wise right away and there’s about three different positions defensively that he can play.

“Most importantly, if we have an injury or whatever inside (on the offensive line), we’re able to put an American at guard and it gives us a little bit more flexibility.”

The Montreal-born Judge played 47 games over four seasons with the Bruins, moving from middle linebacker to the outside. He also was a special-teams regular.

He recorded 46 tackles, 2.5 tackles for losses, two passes defended, one forced fumble and one interception.

The Roughriders used their second pick (11th overall) on

The 23-year-old product of Kissimmee, Fla., is considered a national because his mother was born in Canada.

Dariusz Bladek, a 6-foot-4, 299-pounder, declared for the 2016 NFL draft rather than playing his senior season at Bethune-Cookman. He wasn’t selected in that draft and didn’t get a contract offer as a free agent. After that, he began the process of getting his Canadian citizenship.

The Roughriders forfeited their third-round pick to pick linebacker Kevin Francis in the 2016 supplemental draft, so their next selection was in the fourth round (30th overall).

Auclair, 23, was the seventh-ranked prospect in the CFL Scouting Bureau’s final pre-draft rankings, but the 6-foot-6, 254-pounder signed as a free agent with the Tampa Bay Buccaneers after the NFL draft.

The Roughriders picked again in the fourth round at 32nd overall and selected 6-foot-6, 311-pound offensive lineman Eddie Meredith, 24, from Western.

Saskatchewan used two of its first four picks in the draft on offensive linemen, looking to build depth on a unit that in the off-season lost Chris Best (retired) and Andrew Jones (released). As well, guard Brendon LaBatte is trying to return from an injury that limited him to three games last season.

The 21-year-old Regina product finished second in U Sports in receptions (58) and receiving yards (834) last season and led the country with 11 touchdown receptions.

In the sixth round (46th overall), the Roughriders added another offensive lineman in Danny Sprukilis. The 6-foot-4, 325-pounder played at Toronto.

With their first of two picks in the seventh round (55th overall), the Roughriders selected linebacker Alexandre Chevrier. The 5-foot-11, 217-pounder played at Sherbrooke.

The Roughriders used their final pick (eighth round, 64th overall) on offensive lineman Marc Glaude, a 6-foot-2, 310-pounder out of Montreal.

Saskatchewan used four of its picks in the draft on offensive linemen, looking to build depth on a unit that in the off-season lost Chris Best (retired) and Andrew Jones (released). As well, guard Brendon LaBatte is trying to return from an injury that limited him to three games last season.

“Saskatoon’s Mitchell Hillis, a receiver with the U of S, was selected in the eighth round (69th overall) by B.C.”